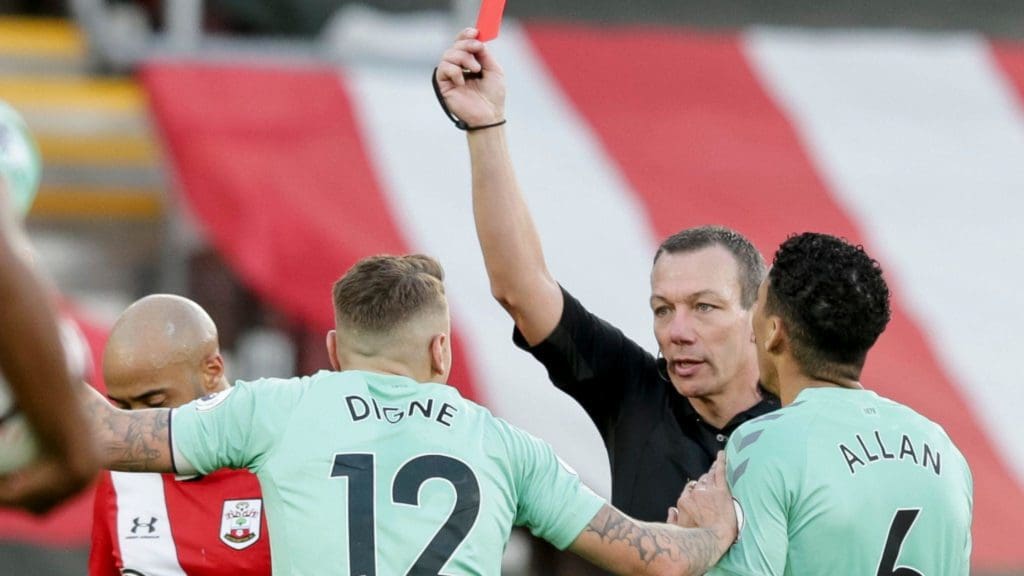 Everton succumbed to their first defeat of the season against Southampton, and after Aston Villa’s defeat at the hands of Leeds United there are no unbeaten teams in the Premier League this season. But Everton lost more than just the game against Southampton as Lucas Digne was sent off. Making it two consecutive games in which Everton have had a player sent off  after Richarlison was sent off against Liverpool.

This is Concerning for FPL managers as the search for a replacement begins. Digne had been an important cog in both the Everton attack Defense. Contributing two assists already this season and keeping a clean sheet Against Tottenham on the opening day of the season.

There are a few players who could make for the ideal transfer for Digne as it is not wise to leave an asset of Digne’s Value on the bench, that Money can be put to better use. Here are some Defenders that could fill the Digne shaped hole in your Fantasy team.

After returning to the starting line up last time out, Doherty helped Spurs keep their first clean sheet this season. Doherty was a favorite pick in last season’s Fantasy League, and at £5.8m he could be the Ideal replacement for Digne. Spurs also have a very favorable run of fixtures coming up playing Brighton & West Brom

In their next two games. Defensively Doherty has looked solid, and if he can repeat his form from last season which saw him keep 12 clean sheets and contribute 7 goals. He could become a mainstay in FPL teams again this season.

Another New arrival to a London club Ben Chilwell has hit the ground running for his new club scoring, assisting and keeping a Clean sheet on his debut. The left back has now become the first choice for Chelsea and after solid defensive displays which has seen the Blues keep a clean sheet in their last three games in all competitions.

Chilwell is incharge of corners, always keeping him in contention for an assist. He already has two under his belt this season and could pop up with more as the season progresses. Chilwell looks like a solid option. And with upcoming fixtures against Burnley, Sheffield and Newcastle the Chelsea man looks like a solid bet.

Embed from Getty ImagesWolves haven’t had the best of starts to the season but are slowly looking like the Wolves of last season. Following the departure of Matt Doherty, Wolves struggled in the first few games of the season to replace him. But Romain Saiss has stepped up for Nuno’s side. Helping the team with 3 clean sheets in 6 games. The fullback is also an offensive threat scoring on the opening day of the season. He is also an Aerial threat from set pieces.

And with games against Crystal Palace, Leicester and Southampton on the cards Saiss looks like a very solid option in defense.