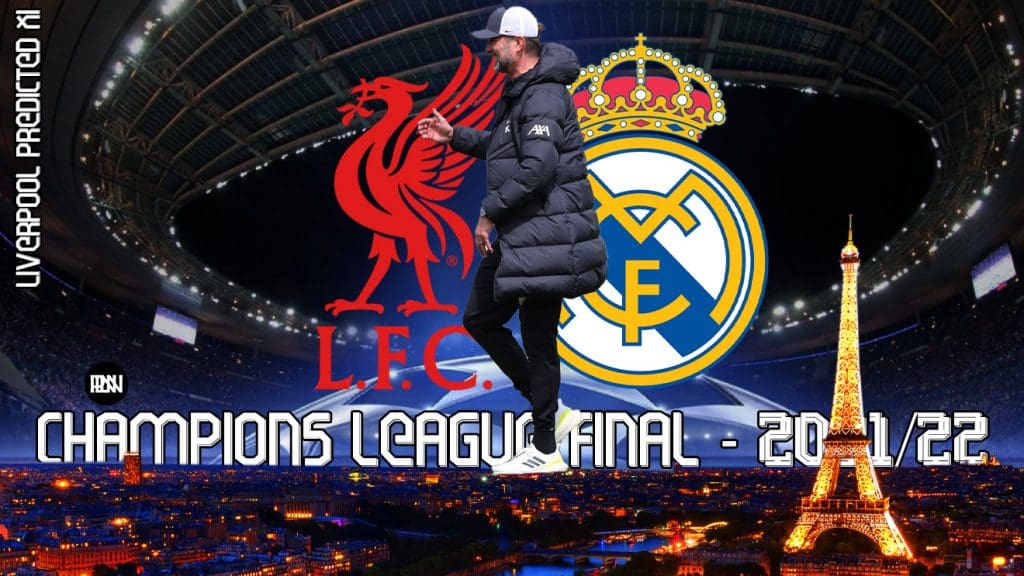 Liverpool and Real Madrid are going to face each other in the Final of this year’s UEFA Champions League, in Paris on Saturday.

It is not only about the history of the 2 teams, but also the managers have their own history to go by. Carlo Ancelotti and Jurgen Klopp are considered to be 2 of the greatest managers to have graced world football with their tactical masterclass. One urges his players to thrive on positional and counter pressing football, while the latter has build a hardcore pressing system, or aka gegenpressing.

Without the shadow of a doubt, this final is going to live up to its hype. The history, the passion, the sense of redemption in each of the camps, the respect, professionalism and above all the support from the fans. While Liverpool are going to go out there on Saturday in a historic red colour jersey, dating back to late 19th century- early 20th century, Real Madrid are going to represent themselves as what they call- The Royal Whites.

While the Reds face some serious injury issues to deal with, before the Final, the Real Madrid side look well rested and ready to go.

The Royal Whites winning their La Liga title with 4 games left to spare, has certainly helped them before their trip to Paris for the Champions League showdown. No major concerns to look forward to, as Carlo Ancelotti has a full squad at his beck and call. And by complete squad, I mean full fit squad- with Hazard and Bale also returning to the fore, before the D-day.

However as things stand, it is Liverpool mainly who are to face the wrath of Lady Luck. With Thiago picking up an injury on the final day of the Premier League season, against Wolves, it seems Klopp will have some work to do in order to find the perfect back-up to the Spaniard- who has been exquisite this season.

Other than that, Firmino has already returned while his national & club teammate, Fabinho, is set to mark his return in the Final on Saturday- after being out of the side for almost 2 weeks. Meanwhile, Salah and Van Dijk are also set to mark a full return in the Final- while the Egyptian did get a runout against Wolves, Van Dijk was given a complete rest so that Klopp can have the Dutchman’s 100%.

How can Liverpool lineup vs Real Madrid

Be it however the Reds line-up, there will be some major changes from the side that played on the final matchday of the Premier League, against Wolves. One of the things to keep in mind, going into the final, would be that the teams are allowed to make 5 substitutions each. So Jurgen Klopp, along with Carlo Ancelotti, will look to make sure that even the bench stays strong.

Primarily, one of the most obvious line-ups that we could see on the final day would keep out Konate and Keita out of the side. This will mean that Alisson will start in goal – as the Premier League Golden Glove winner has been a sensation for the Reds, this season- with Trent, Matip, Van Dijk and Robertson forming a strong line of the back 4 to protect the Brazilian custodian from getting too exposed.

Followed by Henderson, Fabinho and Curtis Jones in the midfield. And in the attack, Salah, Mane and Diaz making up our front three.

A less likely line-up to go by, considering Jones’ inclusion in the mid 3. But, one of the few permutation & combinations that Klopp and his team would certainly wrap their minds around.

Now, coming to one of the few more talked about line-ups, from the Reds’ perspective, going into the Final. Although, Klopp has resounded his optimism on Thiago’s speedy recovery, it highly unlikely for the Spaniard to start the game- given the extend of the injury and the number day left before the match. A certain miracle, only, can bring back Thiago in the playing XI- and miracles do happen in football.

But barring all that, I must not rely on one of the fewest most chances of his return, rather let’s get our focus back on another possible line-up that Klopp could put up against Madrid.

Considering Konate’s physical and pace prowess as a Centre Back, the German might look to his young French wall to cover for Trent in order to stop Madrid’s pacy Brazilian, Vinicius Jr, in going forward. As Michael Cox said in the recent podcast done by The Athletic, “Ibrahima Konate has got that physical aspect, and the speed aspect that Matip lacks. So, Jurgen Klopp might look to the youngster in order to provide that defensive stability, against the likes of Vinicius Jr.”

Other than that, as we said above, there is a high chance that Curtis Jones might not start the game as Jurgen Klopp would look to Naby Keita to cover for that absence of Thiago on the left side of the midfield. With Salah, Mane and Diaz, remaining the constant fron three in both of the predictions.

Note: Not to mention, if Thiago returns (and that’s a big if) – owing to a miracle and a good support from the physios – the midfield 3 would not change; Henderson, Fabinho and Thiago would start, as it was supposed to be. 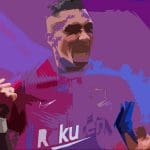 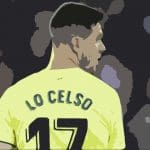