Manchester City may be the champions of England but for what it musters, Liverpool are the king of Europe. Presently, they have the crown that signifies that the Merseyside club has conquered Europe and are hungry for more.

We all have seen the hunger in the players of Liverpool and their fans to win the Premier League that they haven’t in ages. Last season they were brilliant but this time they’ll have to be par above ‘Manchester City.’

The Sky Blues of Manchester will surely take the competition to another level and as it stands, it will again he these two clubs fighting for glory. Liverpool by their standards are a complete squad and have no gaps to be filled but so are City, complete and hungry for a treble of domestic title.

Having won the Champions League, Liverpool sure and short want to win the domestic league too. And talking about the same, Andrew Robertson, their knight in left-back position said:

“I’ve more watched the special videos of us celebrating and look back at pictures of all my family there and they are the ones I look back on more than the game itself. It’s something that I will never forget about and obviously at the end of my career, I will definitely look back on it more because that was my first big trophy and I am hungry for more now.”

“We need to be at our best when teams are maybe setting up a bit different to us after winning the Champions League and the season we had. That’s all new what we have to deal with but to produce a Premier League would be special for all of us.”

Liverpool have not won the domestic title since 1990 and if not this squad, it possibly could be never. Jurgen Klopp and his troop are arguably the best team in present periphery and it’s their best chance to get over the trophy syndrome. 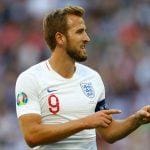 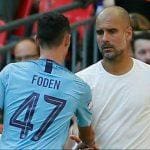