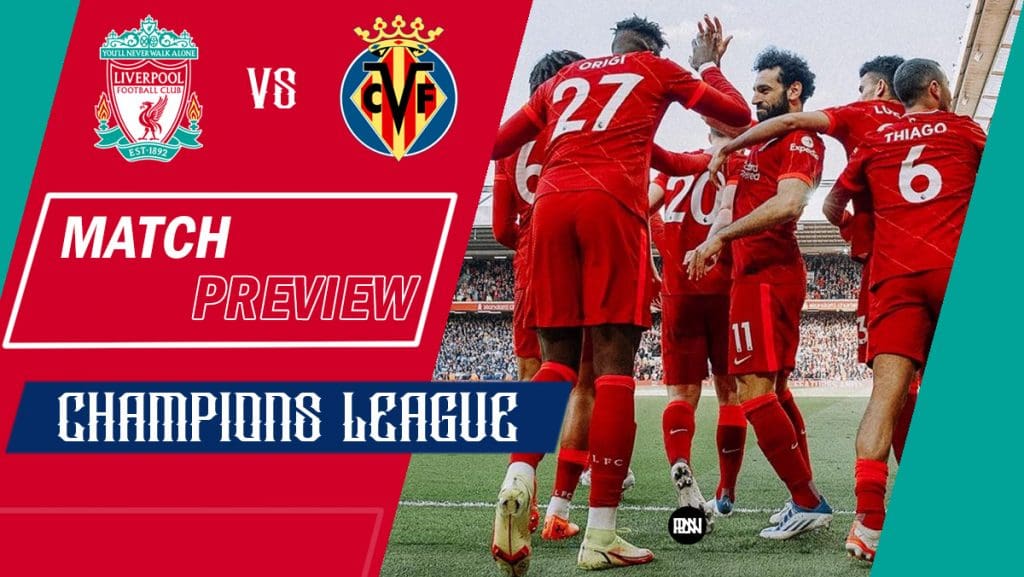 The Champions League nights are back! After triumphing over their respective opponents in the quarter-finals, Liverpool & Villarreal face each other over the 2 legs, in the semi-final.

Jurgen Klopp and his men have been showing their supreme authority this season. With the League Cup already in their grasp, the Reds look more than keen to lift the other 3 remaining trophies up for grabs.

However it may have panned out for them so far this season, the Reds surely cannot take this lightly. Klopp and the players know that, even though it seems like they are just 3 matches away from glory, it is huge in terms of the Champions League. As for Unai Emery and Villarreal, well just say that they have come a very far way ahead in this season’s Champions League, beyond expectations.

The Yellow Submarines are the underdogs, but one that can surely challenge the title. And for what it is worth, they are in the last 4! From hereon, all 4 of the remaining teams become a contender to lift the trophy, irrespective of their form, history, dominance or even squad. So none of the two managers- Emery or Klopp- would be taking it lightly going into the 2 legs of the Semi-final.

The home camp will be buzzing after an emphatic victory over their city rivals, Everton, and still maintaining a healthy/fit squad intact. Jurgen Klopp may not concern himself with injuries, as all the players stayed fit.

Meanwhile, Bobby Firmino, who missed the Merseyside Derby, might return just in time to feature for a few minutes, if needed, in the semi-final clash against Villarreal. As Klopp is aware of the fact that, Mane and Jota are one Yellow card away from Champions League suspension.

As for the travelling fans, there is a concern, as the 13 goal striker – Gerard Moreno has picked up a hamstring injury. Adding him to the list below Moreno, as the former Red is guaranteed to miss both the legs due to torn ACL back in March. This might lead Unai Emery to alter his plans, here and there.

No doubt, the Dutch firepower in Danjuma will be positioned up front alone or either with the ex-Barcelona man Paco Alcacer. Meanwhile, there will be caution in the side as Parejo and the goalie Rulli, both are one yellow card away from a game’s suspension.

Jurgen Klopp and his men are eyeing for a number 7 this season, and they have made their intentions loud and clear. And certainly loud enough so far this season, for the whole world to listen. And now Liverpool will host Villarreal in the 1st leg at Anfield which is just a mountain to climb in itself, let alone what the whole team would do.

“Liverpool do well in Europe because of Anfield. The atmosphere is one of the best.” It seems Arsene Wenger loves the Anfield atmosphere, and why not?! Fans really get behind their players in a fashion that just exemplifies the concept of twelfthman.

But who better than Unai Emery to know about Liverpool’s success at Anfield, as The Spanish manager has faced them during his team at Arsenal. Meanwhile, he comes up face-to-face yet again with his German counterpart, Klopp, this time with a Spanish side under his command.

No wonder Emery will be looking to go all-in with his tactics leaving no stones unturned. But it is easier said than done. No matter how much we appreciate the valiant efforts of Villarreal to make it this far, we also have to understand the fact that they are going into the match as the underdogs. If this could play in their favour, or not, only time will tell. But it is mentally draining to play away from home, yet alone to play at Anfield. It just does not help the cause at all.

Jurgen Klopp has, without any doubt, built a relentless side in Liverpool – who just don’t know when they are beaten. Despite such a horror run of fixtures in April, they have been keeping themselves intact. there is a whole euphoric feeling around the club- that we can do it. Coming so far, they know that it is too late now to put the foot off the gas.

While Emery and Villarreal will be going with a free mindset as it is a win-win situation for them under the circumstances, a win would be more than cherished.  At the same time, Liverpool’s German gaffer would not accept anything less than a victory and promotion to the Final.

The 25-year-old Nigerian born Dutch winger, Arnaut Danjuma, has been one of the key players for the Spanish outfit. While the player has had a great contribution to Villarreal’s good run of form in most of the games, he has also ensured stability to Unai Emery’s side. And his stats are to show for the same- 16 goals and 4 assists in 33 games across all competitions. Not to mention that his solitary goal for Villarreal in the 1st leg of the 2-legged tie against Bayern in the quarter-final of the Champions League, helped Unai Emery’s side to the semi-finals.

The Dutch forward has been wreaking havoc on the left flank this season, against the big teams of Europe. Danjuma could prove to be a troublemaker on that far side of the pitch if Trent fails to keep up on his toes. No doubt his teammates will be expecting the same from him, in front of the tough Kopites.

The breakthrough January signing for the Reds, Luis Diaz has shown his footy prowess whenever he has stepped onto the pitch. It is no fluke to come in a new side, and keep performing at your best week-in, week-out. But the Columbian international has just proved to have done the opposite. It is more than amazing to see how well he has fit in the squad, in such a short span of time.

Often referred to as Delightful Diaz by the Kopites, he is turning tables at Anfield. And it does not come as a surprise to anyone, seeing how well he was performing at Porto prior to his move to Anfield.

Meanwhile, the Columbian International has already scored 3 premier goals and a champions league goal for the Reds. While Jurgen Klopp will be hoping more of the same from his star signing, Villarreal will be hoping to stop him from getting forward.