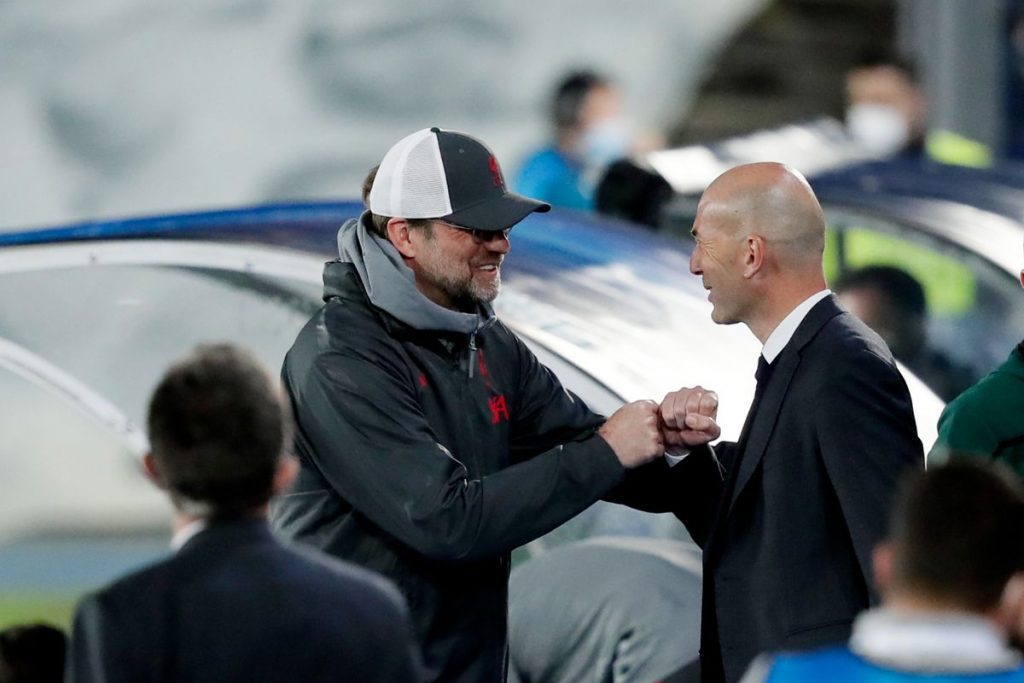 It has been a start-and-stop season for Jurgen Klopp and Liverpool, but with less than 2 months of the season remaining, it is a clutch mode on for the Reds and their destiny is in their own hands.

The Champions League has some sort of charismatic effect on the Scousers as they always seem to bring their 102% when push comes to shove in this competition. Unfortunately for them, they face a side in Real Madrid who themselves have an aura in this illustrious competition.

Zinedine Zidane knows how to work past big teams over 2 legs, however, if Jurgen Klopp can motivate his side and remind them of the feeling from their win against Barcelona over 2 years ago, it is not well past the Reds to create yet another memorable night at Anfield.

An intense night is expected to befall Anfield on Wednesday as Liverpool try to show their grits of steel against the mighty Real Madrid and one wouldn’t be shocked if Jurgen Klopp’s team can pull off another miracle as they seem to do so on many European nights, this time, however, without their fans.

GEGENPRESSING NOW MORE CRUCIAL THAN EVER TO LIVERPOOL:

There is a saturation point at some time for every team, even the best teams in the world, and Liverpool this season, have hit theirs. After a point in time, every single club in the world knows your approach to the game, however, the key difference is if you can be consistent with your approach.

Last Tuesday, Jurgen Klopp’s identity went for a toss as Liverpool almost forgot how to press a ball and sat back and let Real Madrid take them over and dominate in key areas of midfield.

There is no doubt that Modric, Casemiro, and most importantly Kroos were unplayable on the night, but Liverpool played right into the hands of the 13-time Champions League winners. If you don’t press the opposition, more importantly, Real Madrid, they have the ability to hurt you eventually.

Liverpool played with fire and while Mo Salah still turned up as he as for most of the season, the others were sub-par and Trent Alexander Arnold was made a mockery of by Vinicius Jr and Ferland Mendy. It was more evident than ever how much Liverpool missed Jordan Henderson on the right side of the midfield because he brings a sense of calm in an otherwise frantic right-hand side consisting of Mo Salah and Alexander Arnold.

While Trent redeemed himself on the weekend as he scored a 90th-minute winner against Aston Villa, there is no certainty on which Trent will turn up on Wednesday night. Jurgen Klopp’s tactical tweak in the first leg of dropping Thiago for Naby Keita backfired heavily as the midfielder was awful and was quickly subbed as Thiago joined the game just after the hour mark.

Control is essential for this Liverpool team and Thiago is the base for it. Fabinho is one of the best central defensive midfielders in the world, however, Thiago is currently making this team tick and if Liverpool are to go through on Wednesday night, Thiago will have to provide a masterclass.

Moreover, unlike the Barcelona game, Liverpool only needs a 2-0 scoreline to go through on the night, however, this Madrid side has tightened up severely since the turn of the year and with Liverpool’s dithering frontline, Klopp needs to find some kind of encouragement for this Liverpool side.

The Reds may remain unchanged from their first leg besides the Thiago debacle and if there is one thing Liverpool can do well, it is gegenpressing. Liverpool needs to follow their mantra and show some fight to prove to the critics that the Scouser mentality will live on even without their 12th man in the stadium, their oh so beloved fans behind the iconic Kop end.

CAN ZIDANE GUIDE MADRID ON YET ANOTHER CRUCIAL EUROPEAN NIGHT?

Why does anybody doubt Zinedine Zidane? The Frenchman continues to show the rest of Europe that he is not just a man-manager and has the tactical nous and understanding of a game just as well as the best managers in the world.

One thing that works between this Madrid side and Zidane is trust. There is a beautiful understanding between this side and their coach when it comes to executing tactics. A team without its two main, 3-time Champions League winning center backs in Ramos and Varane was able to defeat the holding Premier League champions in Liverpool ever so convincingly and with so much confidence, something Zidane played a huge role in.

Zidane’s faith means a lot to these players and nobody epitomised it more than Vinicius on the night who took his chances and made Zidane proud on the night.

If this wasn’t enough, this determined Madrid side turned up on the weekend as well in an all-important El Classico against Barcelona as they defeated the Blaugrana side 2-1 and are now back into the La Liga title race and are favorites for it.

A week can do so much for a team and Zidane must be delighted with the performances of his side but it is the Frenchman who needs to be credited for this as he has stuck by this side in sickness and now gladly so in health.

His midfield is probably the best in the world while Karim Benzema is aging like fine wine and Zidane has taught the forward the importance of leading from the front. Marco Asensio and Vinicius are proving their worth to Zidane and it couldn’t come at a better time for the Spanish side.

Nacho and Eder Militao will need to continue their string of good performances as center-halves with Varane and Ramos not available for the second leg either.

However, Zidane will be cherishing this situation. His side needs to go to Anfield on Wednesday and do what they have done well all season and that is holding on to a game and hitting on the break. Madrid have enough firepower to hit Liverpool’s vulnerabilities while the likes of Casemiro, Kroos, and Modric will provide enough steel in midfield to take them over the line.

The unlikely duo of fullbacks in Ferland Mendy and Lucas Vasquez have also been crucial to the success of this side, however, Lucas Vasquez suffered a sprained ligament injury in the El Clasico on the weekend, while Fede Valverde, who could be a valid deputy for Vasquez also suffered a ‘physical problem’ but has made the squad which will visit Anfield.

While there is no certainty in who will replace Vasquez, the deputy set backline of Real Madrid will need to turn up one more time to steer Madrid to the semi-finals of the competition they love more than anybody else.

Zidane has the know-how while his side have the experience, it is only a matter of turning up and Zidane will continue to put faith in his beloved players on yet another starry Champions League night. 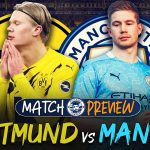 Borussia Dortmund vs Manchester City: Guardiola a blessing & a bane to Man City
Next Article 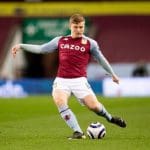