At a time when Liverpool are finding it difficult to find the solution for the dip in form, they are set to welcome one of the most in-form sides in Europe currently in Napoli.

Gli Azzurri are the only team in Europe’s top five leagues who have yet to be defeated this season. Luciano Spalletti has finally persuaded the city of Naples to trust in their team, and with their current form, which fan would refuse to support as well as believe?

Meanwhile, the Reds will be haunted by the 4-1 defeat that they were handed by their upcoming Italian visitors, earlier in the group stage of this season’s Champions League. Coming off from an abysmal Domestic League run, it will be interesting to see how Klopp’s men will take on this challenge at Anfield- as so far in the European competition, they have been showcasing good overall gameplay.

Kopites all over the world continue to believe, as the team has showed a ray of optimism here and there this season. A record-breaking 9-0 triumph against Bournemouth, a decent UCL campaign thus far (the Napoli result being an exception), and, most crucially, a 1-0 victory over an indomitable Manchester City side.

So, where is it that they are going off in the remainder of the games? A layman is obliged to believe that Liverpool are a tough bird if they are beating this dominant City side that has the likes of Haaland, KDB, Foden, and the list goes on. To be fair, they won’t be wrong until they hear that the same Liverpool team can’t beat the ‘Relegation Battlers’ in Nottingham Forest and, more recently, Leeds United. Injuries, a lack of drive and ambition, and a lack of confidence all played a role in Liverpool’s demise.

At the same time, the blame cannot be placed only on one person, in this example, Klopp, because what is a manager to do when a player of Trent Alexander-Arnold’s caliber is unable to give their all on the field? And in this case, the manager has tried to tweak a few tactics here and there, such as changing the formation (from 4-3-3 to 4-2-3-1) and reshuffling the starting XI in such a short/injured team to ensure that everyone receives their proper rest.

On the other hand, it’s unfortunate that their next opponents are the in-form Napoli, who have already crushed the Reds with an ugly 4-1 margin. A young squad comprised of players such as Kvara, Osimhen, Raspadori, and others who have been almost absent this season will undoubtedly visit Anfield in order to make their presence known.

It is safe to say that Napoli are no longer the underdogs, given their impressive domestic record, which has seen the Parthenopeans sit atop the Serie A table with 32 points after only 12 games – out of a possible 36. They have already scored 30 goals while surrendering only 9, averaging at least 2.5 goals each game.

The Blues from Italy are believed to be on a title charge under Luciano Spalletti, and many supporters are hoping that this could be the year that the Scudetto comes to Naples. However, consistency is required because it has been noted in the past that the Napoli sides are particularly sensitive to losing focus and hence lose confidence.

Furthermore, they have taken their domestic form to Europe as well where they are on the run of their lives – 5 wins out of 5, scoring 16 goals with an average of over 3 goals per game and conceding just 4 to even showcase their overall squad balance. If the numbers still don’t mesmerise you, well, you could see it for yourself in the clips that are spreading across the internet. The style of football they are playing is not akin to the conventional Napoli styles, but it is simple yet beautiful to watch and really exhilarating to be a part of.

Anfield might be in for another heartbreak in the second game running, after Liverpool’s recent loss against Leeds in the Premier League, but considering the miracles and turnovers in the past, the Reds have still got enough squad power to upset this high-flying Napoli side.

The home side will be without Diaz, Jota, Matip and Arthur, but on the flip side, Keita has returned to the training sessions and might feature on the bench in the upcoming clash.

Other than that, Thiago already got his share of starts against Leeds on the weekend and looks fit as ever, and even Nunez seems to have returned to full fitness. Klopp is bound to shuffle the pack, having just played a game on the weekend, and it might prove to be vital if they are looking for a victory in front of the home fans.

The visitors have no concerns, unlike the hosts, but Spalletti will be without the services of Sirigu and Rrahmani. At the same time, Politano will be made aware of the fact that he is just one booking away from getting a suspension.

While Osimhen is spitting fire this season, he might not be risked in this ‘not so important game’ (as they have already secured the promotion) and Simeone might be handed the baton to lead the attack from the front against the Reds- he was one of the scorers as well, in the teams’ last meeting. 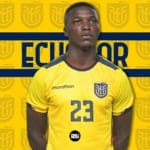 How important can Moises Caicedo be for Ecuador at the World Cup?
Next Article 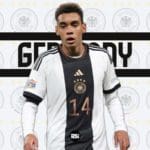 How important can Jamal Musiala be for Germany at the World Cup?
Leave a comment