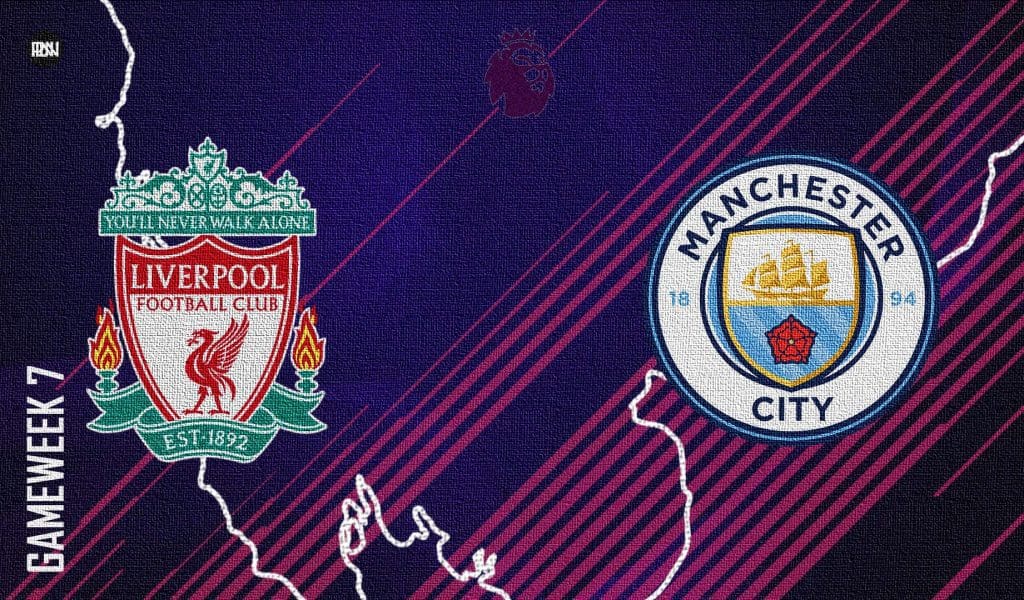 Premier League action resumes this weekend as the clubs return to their homeland after competing on European soils. This week we have a season-defining fixture between title favorites Liverpool and the reigning champions Manchester City.

Liverpool currently sit top of the Premier League table with 14 points from 6 matches. The return of their star centre-back Virgil van Dijk from an injury has given them a massive defensive boost as the Reds remain the only undefeated side in the Premier League. While defence has been their key strength, Jurgen Klopp’s side has also shown a hunger to score as many goals as possible. This was witnessed in their last match against Porto where Liverpool smashed 5 past Porto’s defense. Klopp will ask his team for the same consistency and the Kop will try their best to keep the atmosphere charged when they invite Manchester City in their fortress.

As on the other side, Manchester City have picked up their speed and shifted gears quickly in the Premier League following their draw against an organized Southampton side. Manchester City outclassed Thomas Tuchel’s Chelsea the next match. Pep expected similar consistency from his side in their trip to Paris but, the evening against PSG turned out not so romantic for Pep Guardiola as his side failed to dismantle PSG’s defense and ended up conceding 2 goals from the French giants. As this fixture is one of the crucial matches for City, Pep will demand his side to keep their legs busy and brains alert for the entirety of 90 minutes.

It is scheduled for a 4:30 pm BST kick-off on Sunday, 3rd October 2021. The game will take place at Liverpool’s home ground The Anfield Stadium.

Jurgen Klopp still has some things to take care of, as his side has considerable absentees for this big fixture. Liverpool’s star right-back Trent Alexander-Arnold has been ruled out of the fixture due to an abductor issue. The young Englishman was also a notable absentee during Liverpool’s 5-1 win over Porto. Hence, former Manchester City player James Milner will be expected to start at the right back spot for this game.

On other significant absentees, Liverpool fans could be worried due to the news of Thiago Alcantara’s calf injury and Harvey Elliot’s long-term injury hampering their side’s confidence in the midfield battle.

Pep Guardiola confirmed that his side is fit except Ukrainian left-back Oleks Zinchenko and Manchester City’s top scorer for the last season Ilkay Gundogan. Benjamin Mendy remains an absentee due to his legal conflicts.

Both the managers are expected to field their strongest possible lineups for this match. As both Liverpool and Manchester City have been each other’s direct rivals in recent years, resulting in a cut-throat title race a couple of seasons ago. Jurgen Klopp will look to revenge his Anfield defeat from last season and establish a comfortable lead in the points table.

In this what is expected to be a tactical super battle, Liverpool shot-stopper Alisson will be expected to be alert as Manchester City can quickly make the Brazilian work hard. Klopp will most likely mirror Pep Guardiola’s 4-3-3 formation to result in direct battles against their blue counterparts. While van Dijk and Matip form a stable partnership at the back, the duo will work on neutralising the runs made by Ferran Torres and Gabriel Jesus.

Fullbacks Andy Robertson and James Milner will be tasked to make overlapping runs in their opponent’s half to keep City’s fullbacks at their bay and outnumber Manchester City on their flanks. Andy Robertson’s pace and timing will be useful as the Scotsman is expert in catching opponent’s fullback out of position as seen in their fixture against Porto.

Midfield will most likely be powered by the trio of Fabinho, Henderson, and Jones. While Fabinho and Henderson are proven players, youngster Curtis Jones has also made his mark to be capable of playing in big games. Jurgen Klopp’s system of gegenpressing requires midfielders to stay narrow in the midfield, often close to each other but also close to the ball. Fabinho is an excellent winner of the ball and he also cuts passing lanes brilliantly, Henderson will provide more energy into the midfield by aggressively pressing and marking the opposition midfielders. Curtis Jones will be tasked to win those second balls in midfield and keep possession stat ticking by supplying passes towards the front 3. The key midfield battle will depend upon Fabinho’s ability to neutralize the man Kevin De Bruyne himself. If he manages to do that, Liverpool will have an edge over their rivals for the whole play.

Mohamed Salah remains Liverpool’s main attacker and goal scorer as the Egyptian king has been performing consistently good on the highest level making him probably the best winger in the league in the last few seasons. Nothing less will be expected from the winger when he laces his boots against Manchester City. He will most likely come up against Cancelo and Laporte, Salah could be asked to exploit the half-spaces between the defenders.

Against Porto, each player from Liverpool’s front 3 was able to put the ball past the opponent’s goalkeeper. Their ability to read the passes from Jones and Milner was the key reason behind those goals. While Jones was on top of his game, Roberto Firmino too was not shy of taking shots himself. His positioning and calmness in front of the goal along with Mane’s ability to control the ball following the cross from Milner will be tested against technically smart defenders of Manchester City.

Pep Guardiola must expect a tough match and hence he will need to plan the game wisely. Even though John Stones is fit, Pep will likely start with the same defence he used against PSG. Aymeric Laporte’s ball-playing and distribution abilities are key towards his idea of total football. Laporte initiates the attacks for Manchester City, usually playing forward passes towards midfield. They have shown a great improvement against Chelsea as compared to their confused stature against Southampton. Laporte smartly took the responsibility to progress the ball himself which attracted pressing towards him and then quickly swept the ball towards Rodri who outclassed entire Chelsea midfield.

Phil Foden and Bernardo Silva will most likely start in the midfield due to both being energetic players and good pressers of the ball. Foden will likely make late runs into the box and Bernardo Silva will wait on the edge in case to win the ball back from the clearance. Silva has turned out to be the best City player so far this season, his relentless pressing and ability to find himself in good positions in front of goals have saved Manchester City numerous times this season.

Pep Guardiola will try to be as dynamic as possible in terms of attack. Gabriel Jesus, Kevin de Bruyne, and Jack Grealish are the most inform attackers for Manchester City this season. While Ferran Torres could also make a start as Jack Grealish was a bit lousy against PSG. Anyway, any combination Pep decides to go with will be expected to rotate their positions midgame. De Bruyne will likely drop deep and one of Phil Foden and Silva will join the front 3. Despite that, if a fullback inverts for Manchester City, this added strength in the midfield will be used by another midfielder to join wingers in the frontline.

Liverpool’s defenders will likely have a difficult time against City’s attackers due to their dynamic and technically rich nature.

The return of Virgil van Dijk has changed Liverpool’s fortunes this season. His absence really affected them last season as they finished 3rd, but this season they are at the top with just one point more than the defending champions. He has stabilized the backline once again for Jurgen Klopp and his manager will hope absolutely top game from him for this match. Expected to come up against the fearsome attack of Manchester City, who despite being strikerless have maintained the same GD as Liverpool. This match is a close encounter and no one could differentiate both teams in terms of qualities, van Dijk will be expected to lead the line and command his defenders to clear out the danger from Manchester City.

As this game is expected to witness a lot of attacking opportunities, defenders from both sides are going to have a busy outing. Ruben Dias has had a similar impact on Manchester City’s backline as van Dijk had at Liverpool and hence their face-to-face first of many encounters is going to be a treat to watch. While last season he handled Liverpool’s front three comfortably well, this season they will be ready to cause havoc in his area. His maturity in this game will decide his status in the Premier League defenders and hence, Pep Guardiola and all the Cityzens will expect only the best performance from the Portuguese.