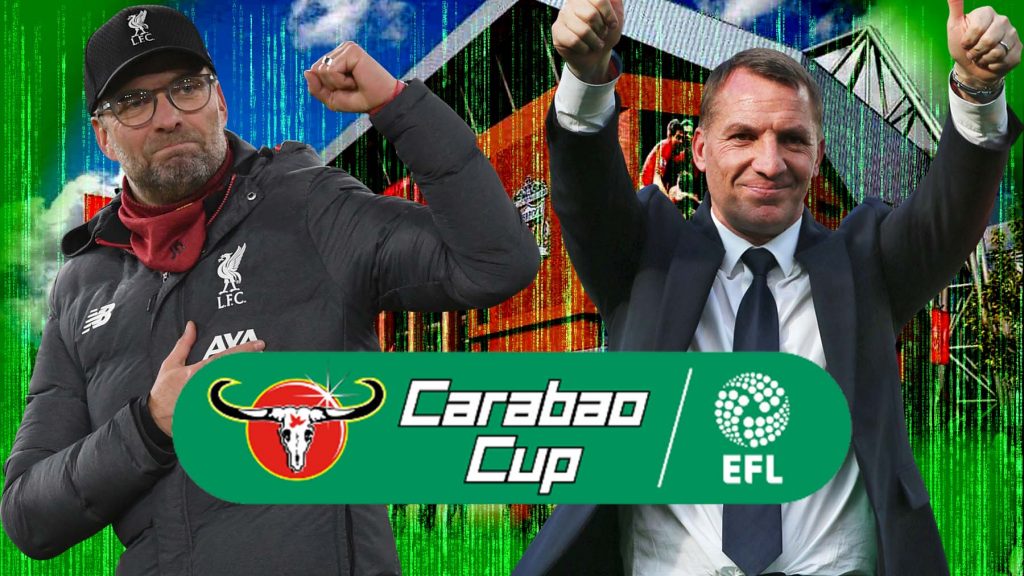 As things stand, the virus is not putting a halt to the Festive Football season and this midweek we witness Brendan Rodgers witnessing a return to Anfield as the Carabao Cup quarter-finals will witness Liverpool welcoming Leicester City. This match is bound to take place amidst the crisis all over the country which has definitely hit both the clubs with major players missing but as ‘Things Must Go On!’ we will be hoping for a fighting attitude by both the teams who will try to place a step closer to the silverware.

This is again the time of the year where Liverpool stands amongst the Last 8s of the Carabao Cup and might be forced to go all out with their youngsters. The previous season, Liverpool had to field their youngest ever XI at the same stage of the competition, when they were grounded 5-0 against Aston Villa. The situation at that time was different, as the first squad of Liverpool was playing in the Club World Cup, which forced Liverpool to field the team they did. But this season as well, Klopp might be forced to field a number of youngsters alongside some of his main team players.

The smell of stains from the points dropped this weekend against Spurs are definitely far from gone and Klopp might still be complaining about some of the decisions. Adding to this, he has half his squad sidelined and now will be in a knock-out game against a team who will be coming after a 10-day rest. Contrary to the situation where his own squad has played 4 games in the same span. They and Chelsea are the only two sides who are having the same congestion of fixtures including their European games and now the Quarters of the League Cup. They both have commendable squad depth and both currently struggling to field an XI speaks immense about the congestion.

For the game, Klopp as always will be going into the game with his plan and will hope for a response from his bench. But it is no secret that the midfield will definitely worry him as he will be missing 5 of his players at that position with 3 detected positive, Elliot missing due to his long-term injury and club captain, Henderson missing with non-Covid illness. In midfield, one must expect the return of Alex Oxlade-Chamberlain who will be partnering with Tyler Morton and James Milner.

It is an opportunity for Minamino to shine as he looks like a confirmed starter before the match. He will be assisted with Roberto Firmino, who will be starting his first game since October and the front 3 will be completed with another opportunity for young and promising, Gordon.

The defense looks a bit shattered with Robertson’s red on Sunday which is followed by the isolation of Van Djik. centre-back duo of Konate and Joe Gomez looks tempting, but Klopp might not risk Konate in the League Cup and we might see a debut for Quansah, who will be looking to impress his German boss. A return for Tsimikas for upcoming games is certain due to Robertson’s suspension and Williams will help to rest Trent on the right. They may be guarded with Kelleher back between the sticks.

Leicester City the Favorites after Rest?

After witnessing two games being suspended in the league, Leicester will make a return on the pitch after 10 days. While some see this as an advantage providing rest in the congested schedule, but on the flip side, they will be going without much training against arguably one of the best clubs in the league. Due to the positive cases in their own squad, they too will be going with a lot of uncertainties. Rodgers would be ramping for a sensation win at the Anfield but will be cuffed up due to the players missing out.

They have already taken a major setback after their Europa League exit and will be hoping for a silverware to compensate. Adding to their woes, they will be visiting a ground where defeating the home team is a rarity. They themselves this season, have only managed to get the away wins against the relegation-threatened teams and this away record added to Liverpool’s home record turns the storm in just one way. Fortunately, they will not be facing a full-strength Liverpool side which gives them a chance to do the inevitable and Liverpool their first home defeat since March.

Although they come after a rest, the Leicester team might have a bit more to worry about their squad than the opposition. With unavailability of almost all their center backs, we might witness Ndidi in the backline for the game. Also, James Justin’s availability is still in doubt and thus his presence will also be missed. Up top, Patson Daka might be a player to watch out for after reports suggesting Iheanacho to miss the game due to a positive test. Other players who are reported to be positive of the virus are Vestergaard, Ayoze Perez, Lookman, Benkovic, Choudhury, and Daley-Campbell.

Brentford vs Chelsea: Can the Bees sting the Blues?
The ups & downs of Giovani Lo Celso’s career at Spurs
To Top