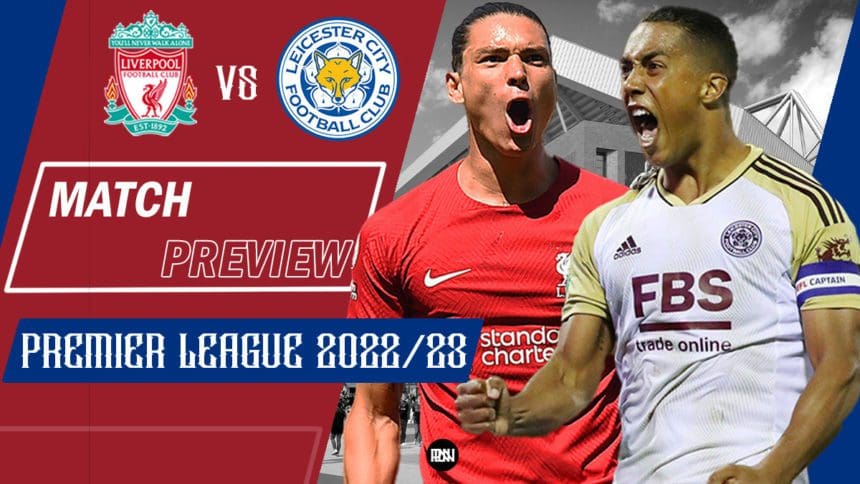 As the Premier League enters its final weekend of the year, Leicester City will play their final game of the year on Friday night at Merseyside against Liverpool at Anfield. The hosts have picked up where they left off and showed their continuity in form when they took all three points away easily at Villa park on Monday. Leicester on the other hand will be trying to shrug off a 0-3 thumping at home by third-placed Newcastle United.

Liverpool are catching up after a rusty start to the season as they sit 6th on the table with 25 points from 15 games. With Tottenham’s game against Brentford ending in a deadlock the Reds are now just 5 points away from a spot in the top four, also having played one game less than the Lilywhites. As Brighton and Chelsea are breathing down their necks, Jurgen Klopp’s men will hope to continue their run by wrapping up the calendar year with a win at home. The team from Merseyside have also been blessed with some good news off-field as the club managed to outrun their rivals in Manchester for the signature of the in-demand Dutch attacker Cody Gakpo.

The Foxes too have been trying to turn things around for themselves after an embarrassing start to the season which saw them wait eight games for their first win. Thanks to some brilliant performances on the road, they currently sit 13th in the table 4 points away from the relegation zone. They have won all their away games since mid-October and will be eyeing for a 5th straight away win in all competitions on Friday, although they know Liverpool at home is a totally different ball game.

However, the Reds have been shaken before at home this season, when Leeds spoiled their 30-match unbeaten run at home. The backline of last season’s runners-up have looked shaky since the start of this campaign as they have already conceded 10 times at home compared to just 9 in the entirety of the previous season. Leicester on the other hand has scored 16 on the road already but will probably need to hope for some poor finishing on the part of their opponents, the likes of which they showcased against Leeds.

The Reds will also be looking for some sort of vengeance, as it was none other than the men from the East Midlands that spoiled their new year’s eve by beating them in the last match of the previous calendar year. That being said, these two sides have been delightful to watch in their recent meetings in the past. A double by Diogo Jota saw the Reds through earlier this year while Ademola Lookman’s goal made the difference last December. This was a week before Liverpool bested Rodgers’ men in penalties in the EFL Cup quarter-finals which they went on to win eventually. Regardless of the current form and standings, this fixture promises a spectacle for any neutral fan.

The Liverpool locker room is still missing Luiz Dias, Diogo Jota and Arthur Melo, all of whom are out for the long term with no specific return date. To add to the list Firmino, Milner and Curtis Jones will also not be available until the Brentford game on January 2nd. Good news for Klopp would be the return of Ibrahima Konate, after the young Frenchman featured in the World Cup finals which ended in heartbreak for him and his teammates.

Andy Robertson added another record to his name with an assist at Villa park last game, as he became the defender with the highest number of assists (54) in Premier League history. The Scotland skipper will take the field along with his right-wing counterpart Trent Alexander-Arnold, who has been trying to get a grip of things since the beginning of the season. The midfield might see some rotations as Klopp will probably make use of the fresh legs of young Harvey Elliot as he started skipper Jordan Henderson last game. Fabinho and Thiago would probably start the game but might show way later for Keita or young Stefan Bajcetic who scored his first league goal last game.

Carvalho might replace Chamberlain to start the game alongside Nunez and Salah. The man from Uruguay has been taking a lot of heat from angry fans after a poor display of finishing in his trip to the West Midlands. However, the striker has 7 goal contributions from 8 starts this season, which objectively speaking is not a bad number for a youngster who is still settling in. As for the new signing from PSV, his services might not be available until the Wolves game or at least till the Brentford one as the paper works are still underway and January 1 being a bank holiday doesn’t help.

As Brendan Rodgers returns to familiar grounds the biggest setback for the Foxes would be the unavailability of their inform man James Maddison. The England international has 11 goal contributions so far this season and tops the tally for both goals and assists in the team.

Danny Ward will start in front of goal against his previous employers. The backline will mostly look the same as the one that featured in King Power stadium on Monday. Castagne, Amartey, Faes and Thomas will be looking to do a better job than their performances against the Magpies.

Dennis Praet had to leave the pitch early after suffering an injury in the last game so Rodgers might turn to Ayoze Perez for the job. Ndidi is likely to join the Spaniard and Youri Teilemans in the middle of the park.

Harvey Barnes, the second top scorer for the team, will be Leicester’s key man in the clash against the Reds. He has showcased his vicious speed and calmness in front of the goal multiple times this season and might prove dangerous on counterattacks. Vardy too is likely to start owing to his brilliant record against Liverpool along with Dewsbury-Hall. 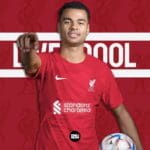 Cody Gakpo to Liverpool: A promising Merseyside star or another Premier League flop
Next Article 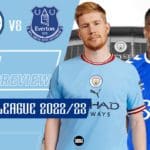