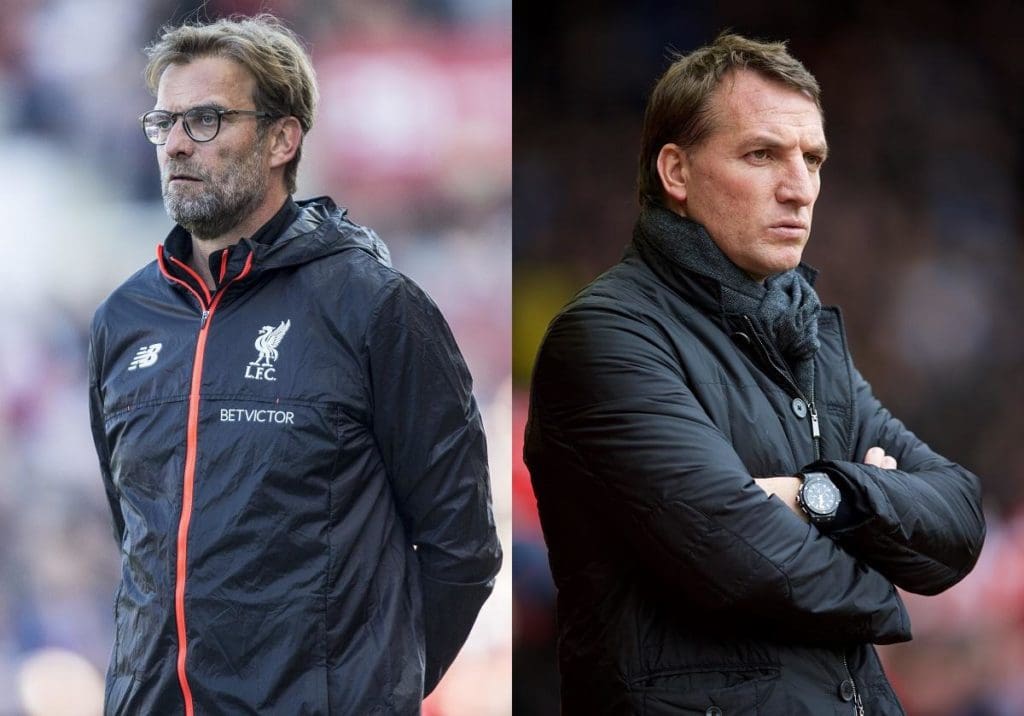 The Premier League returns this weekend with some thrilling Games. Leicester City will travel to Anfield for a late Sunday kickoff.

With both teams returning to the League with many of the first team players missing this could be another cautious affair for Jurgen Klopp and Co. But will they settle for a draw at home? Or will the Reds risk it all for the three points.

Only one point separates these two teams and a win for Liverpool will send a statement that they won’t let go of their crown, and they will still compete for the title even with all the injuries.

The way the two managers decide to approach this game will be very different but What could decide the outcome of the game will come down to how the players perform after a long international break?

Here are 5 key Clashes that could decide this game.

An injury plagued Liverpool defense will line up on Sunday with only one first team regular making the squad. Alexander Arnold, Joe Gomez and Van Dyke have all suffered injuries and will be out for quite some time. Which means Vardy might have an enjoyable evening if he manages to beat the Reds’ last line of defense in Alisson.

His performance will be key if Liverpool are to stop Leicester from scoring, it will take something special from Vardy to beat the Brazilian in goal. But Jamie Vardy is capable of such brilliance himself.

Mohammed Salah is set to miss Sunday’s clash against Leicester, which means Sadio Mane will have to bring the brilliance at Anfield. The Senegalese international will come face to face against Justin, who will have to marshal the right Flank, but Mane’s tendency to drift in pockets of spaces between defenses will be a major concern for Justin.

Mane will try to drag the Leicester defenders out of positions, and if Leicester can cover their defensive zones and maintain their shape then Leicester might just come out on top in this game.

The Midfield battle that could decide the outcome of this fixture is the Duel between Nampalys Mendy and Georginio Wijnaldum. The two will tussle for every first, second and loose ball in midfield and the midfielder that comes out on top in those duels will set the pace for their team.

Wijnaldum offers more going forward and can progress the play smoothly to the front three, and for Leicester City stopping the Dutch international from setting the tempo of the game will be very important. If Mendy is able to keep Wijnaldum out of the game, Liverpool will lose their tempo.

A sight that is becoming increasingly familiar for Liverpool fans, Diogo Jota wrapping up the three points. This game has all the making of a close encounter and one goal might end up being the margin with which either team walks away with the win.

Diogo Jota has taken to life at Liverpool extremely well, initially what looked like a signing to backup the front three he’s now making it impossible to leave him out of the side. Will this game be another Diogo Jota show or can The Foxes keep the Portuguese at bay.

And Finally the Tactical warfare between the two managers could be the difference maker in the game. Klopp needs to get his formation and starting XI right if he wants his team to be at it from minute one.

Brendan Rodgers will have his own bone to pick with the Merseyside club, and will be keen to get one over on his former employers. Rodgers’ pragmatic approach could end up being too much for the tentative Liverpool defense, and if he can repeat the away performance from the Etihad, then the Reds are in for a serious challenge.

Are Spurs a better team than Manchester City this season?
Chelsea Match Preview vs Newcastle United | Premier League 2020/21
To Top