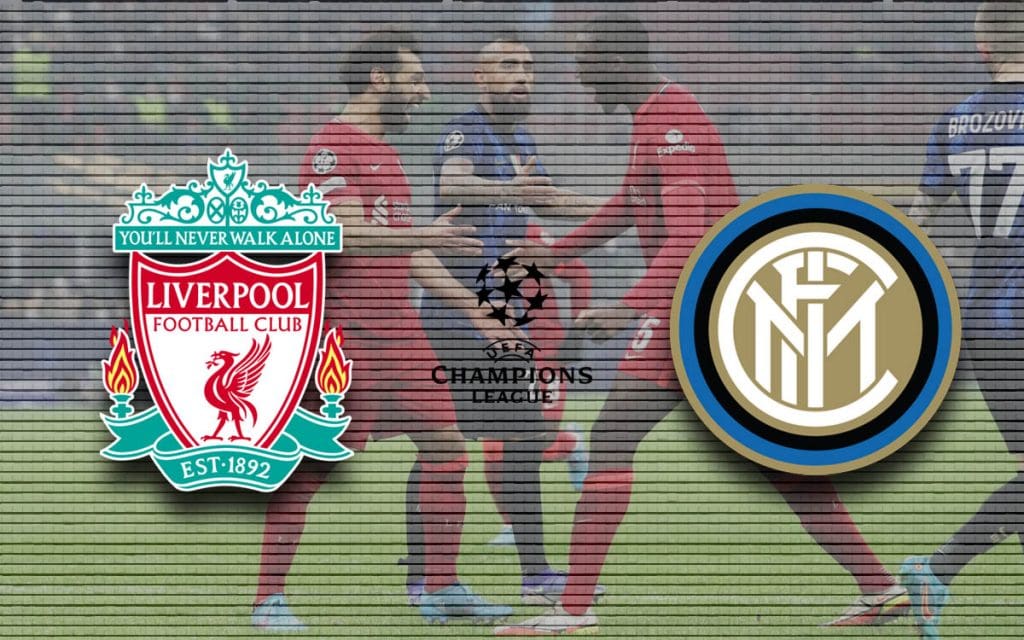 UEFA Champions League Round 2 of the Last 16 is here. We will be looking at the heated Liverpool vs Inter Milan fixture. The 2 sides will lock horns at Anfield, here on Tuesday.

We analyzed these 2 sides in the build-up to the 1st Leg. And, here we are, yet again!

Jurgen Klopp gets the better of his counterpart- Italian. Simone Inzaghi’s side looked as if they were just hanging on the edge of the cliff with some bought opportunities. The Reds romped past the Nerazzurri in the First Leg of their Round of 16 clash in the Champions League, at the San Siro.

While the travelling fan will seek revenge, the players and the manager, alike, know it is easier said than done. Firstly, Liverpool at Anfield are a force to be reckoned with. Even if the home team aren’t in their best of days, then come one of the most feared twelfthman – The Kopites.

The Last Time Out

Well, for one set of fans it was glory while for the other it was not so alluring. It was more than just a loss for the Italian giants. A loss in the knockout stages of the premier European competition, and on top of that in front of the home fans. It just does not feel right. And this is football.

You don’t get a pity win, just because you need it. If you yearn for a victory, you are going to have to perform. Inter did everything but that.

Their performance was a spectacle of how nerves can get hold of even a big team, like Inter. Simone Inzaghi’s side looked clueless, and the Italian himself did not have any answers to the mystics of the German. Liverpool looked as if they had a purpose, and a motive to adhere by the same. And it showed in the 2-0 victory.

The Argentinian firepower, Lautaro Martinez is the biggest star amongst the Black and Blues. It seems as if he has started the season like he finished the last one on a higher note. The 24-year-old striker has already scored a total of 14 goals with 2 assists in just 25 Serie A games. Including a hattrick in the last game for Inter against Salernitana, in Serie A.

Lautaro Martinez is one of the key figures in the Inzaghi’s Inter side. Martinez is quick. Holds the ability to dribble his way past the defenders. You can expect an acrobatic effort at goal, here and there. He is a poacher, all of these skills and some more make him one of the hardest strikers to defend against.

If Lautaro is in his usual goal-scoring mood on Wednesday, it will be a difficult task for the visitors to hold him back. No doubt, Inzaghi will be hoping his star man can work the treat for him and for his side.

Revisit Anfield, when the Reds recently faced Leicester City, with 30 minutes on the clock. You could here only one chant around the stadium:

Yes! This was the reaction upon Salah’s return to the side, after guiding his national side Egypt to the finals of AFCON. Only to lose to the fellow Liverpool teammate and friend, Sadio Mane. Despite not being able to lift the International Trophy, Mo Salah has already achieved the title – King of the World. And rightly so! He has played 33 games across Premier League and Champions League, in which he has scored a mammoth total of 27 goals, complemented with another 10 assists. While 7 of those goals have come in just 6 Champions League group stages matches, this season.

Mohamed Salah is unstoppable this season. Adding to his tally in the Champions League, The Egyptian even scored against Inter- when the two sides faced each other in the 1st Leg of this Round of 16 fixture, between the two sides.

Layers of defences laid down to stop him, yet he manages to find the back of the net somehow. Going in the match on Wednesday, he will be looking to add to his tally. Egyptian scoring will mean great satisfaction to the travelling fans who will be flying in to see their team end up Victorious. Don’t get surprised if you hear the Mo Salah chant louder than the Home fans’ chants.

Liverpool do not have player ruled out of the 2nd, but Klopp has a concern about Thiago, Roberto Firmino and Joel Matip – who are sitting out due to injuries.

Ibrahima Konate could very well be chosen, yet again, ahead of Matip. If the latter does not recover in time.

As for the away camp, Nicola Barella continues to sit out due to the 2 match European suspension. While Perisic, Darmian, Gosens remain out. But the Croatian’s presence is still in doubt.

So many absentees could mean another start for Correa and Alexis Sanchez from the bench.

Emerson Royal tagged ‘sale of the year’
West Ham: From relegation battle, to the top 4 battle
To Top