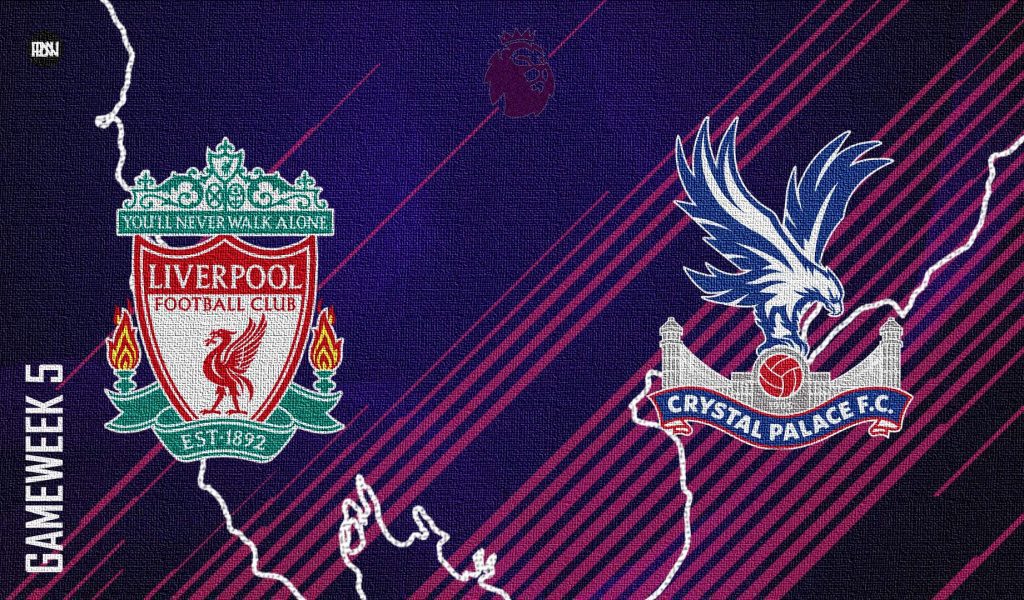 Liverpool welcomes Crystal Palace at Anfield on Saturday, and it is shaping up to be a cracker of a game. While Liverpool are challenging at the top of the club, their opponents, in contrast, come into the new season with the sole aim of surviving another season in England’s top-flight. Although this is just the fifth game of the new PL season, both teams have plenty to lose and will come into the game aiming to get the best possible result.

Liverpool have got off to a flier this season, with 3 wins out of 4 games and conceding just one goal so far, showing their all-round class. They have been dominant on both ends of the pitch and are looking like real contenders to win their 20th league title. With the Anfield crowd back, it has given the Merseyside Reds an added impetus and they look very strong this season, despite their lack of summer signings. The Anfield factor was on show in the midweek game against AC Milan in the Champions League, as the Reds came back from a 2-1 deficit to win the tie 3-2, thanks to a superb half-volley by captain Jordan Henderson. Manager Jurgen Klopp will be hoping for a much more comfortable afternoon on Saturday and will hope to get a chance to give more of his key players an early rest.

Crystal Palace have been on a bumpy ride since the end of last season, with legendary manager Roy Hodgson announcing his departure. Patrick Vieira was selected to replace the Englishman, and he has come in with the goal of preventing relegation. The Eagles have shown some hope and promise, with a wonderful comeback against West Ham United followed by a stunning 3-0 win at home against then league-leaders Tottenham Hotspurs last week. Palace took full advantage of Tottenham’s red card and scored 3 goals in the last 15 minutes of the game, including a brilliant brace for debutant Odsonne Edouard, who came of the bench and scored within seconds. He will be no doubt leading the line again on Saturday, and Vieira will hope for another stunning win, to get them higher up the table and provide the fans and management with assurance that he is the right man for the job.

Liverpool will be without young midfielder Harvey Elliot. The 18-year-old was a regular feature in the first 4 games in the league but suffered a horror leg break against Leeds United. It was a scary sight, and wishes from the whole football world poured in for the youngster. Other than Elliot, Brazilian striker Roberto Firmino, who has been out of action since Liverpool’s 1-1 draw against Chelsea, could be in line for a return, although there are doubts over his match fitness and could face a late fitness test. Neco Williams and Divock Origi are huge doubts and it remains to see if they are available for Saturday’s game.

Crystal Palace duo of Eberechi Eze and Nathan Ferguson continue to recover from their injuries, which have kept both of them out for a long time now. Other than that, manager Patrick Vieira will be without the services of Jeffery Schlupp, with the forward suffering from a hamstring injury.

Under Roy Hodgson, Crystal Palace were arguably one of the most defensive teams in the league. However, with Vieira’s arrival, the club and the team are naturally going through a rebuild. The team is going through a transition, where the manager is trying to make more use of dangerous attacking options like Wilfried Zaha, Conor Gallagher, and others. It is clear that Vieira is trying to imbue an attacking philosophy into the club. This was embodied by the 3-0 win against Spurs, where even without the red card, the Eagles were pressing high and were not afraid to take the game to the opposition. Glimpses of the attacking policy were seen against West Ham, but it could be seen clearly against Spurs.

Palace midfield tried to take the pressure to the Spurs defense as opposed to sitting back against better teams which was the story until last season. This could be surprising to Liverpool, who will no doubt be doing their research. Over the years, Palace have been dominated home and away by superior teams, but this season under a new manager it seems that there could be a change. It remains to see how Palace copes with Liverpool’s own press, but there is no doubt that the arrival of the new manager at Selhurst Park has breathed new life into the attacking output of Crystal Palace.

With Liverpool known for their attacking play and having scored 9 goals in 4 games so far this season, it makes up for an interesting matchup. Patrick Vieira could be forced to adapt and improvise against Liverpool, with the Merseyside Reds having a strong defense and midfield to back them up. Palace are obviously lacking in the defense department, and could ultimately be the reason for their downfall come Saturday.

The young English full-back has been on a meteoric rise since his debut in the 17-18 season. TAA has been their best creator, and he has consistently put up numbers that would put a midfielder or attacker to shame. He has started this season, his fifth professional season, in a similar fashion. He already has 2 assists in 4 games and has kept 3 clean sheets in the process. The full-back provided one assist against Leeds United last time out and had a crucial involvement in the second goal. His crosses are always dangerous, and against a defensively weak Crystal Palace, Klopp will be hoping the youngster can take full advantage of that. However, Alexander-Arnold has been criticized on a few occasions for his weak defensive displays, and he will be wary of the Palace attackers who look in fine form after last week’s game.

The Chelsea-loanee has been a revelation since his move to Palace this summer. He showed his potential last season when he was on loan with West Bromwich Albion, however, he could not prevent them from getting relegated. With a new manager in Patrick Vieira at Palace this season, Gallagher will be hoping to avoid a replay of last season. He has gotten off to a good start this season with 2 goals and 1 assist in 3 games so far. Gallagher, playing on the right side of the Eagles’ midfield in an attacking role, has proven to be a valuable player for the club. He has been in good form, and his form has made it difficult for the manager to leave him out of the side. He was very crucial against Spurs last week, giving Crystal Palace their first win of the season. Gallagher has shown a lot of maturity and class for his young age, and Chelsea will no doubt be monitoring his progress and could be forced into giving him a chance at the club in the coming seasons. 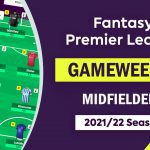 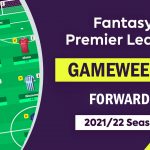