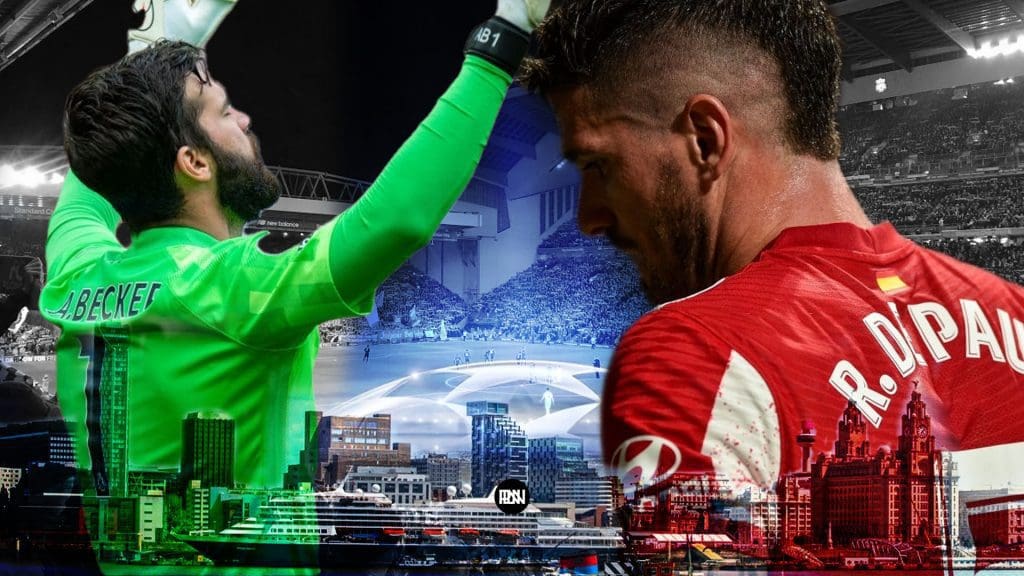 The fourth round of the group stage of the UEFA Champions League is upon us, as the elite clubs of Europe battle it out with each other to get a shot at continental glory. Amongst them, Liverpool will lock horns against Atlético Madrid in their UEFA Champions League group stage meeting on Wednesday as the Reds aim to guarantee top spot in their group. Jürgen Klopp’s men have racked up all nine of the available points from their three games so far, and will look to welcome Diego Simeone’s side to Anfield in a battle of the first and second teams in the group.

The Merseyside outfit have had a great start to their European campaign this season, as they have won all of their first round fixtures against the rest of the teams in the group – the most recent of which came against Atlético in their group stage clash. It was a very close contest at the Wanda Metropolitano that finished 3-2 in favour of the visitors, as a Mo Salah double was enough to sink the hosts who found themselves depleted when Antoine Griezmann received a straight red card. It was a game balanced on a knife’s edge at 2-2 before a Salah spot-kick sealed the points.

The Rojiblancos will be looking for revenge on enemy territory, as they return to Anfield – a venue that they will have fond memories of, looking back at the 2019/20 campaign when they knocked the English side out on aggregate. The Reds will hope to not let that happen once again, and also return to winning ways after drawing 2-2 against Brighton and Hove Albion at home. While Liverpool are sitting 2nd on the Premier League table, Atlético are sitting 4th in the La Liga and will be fresh off a 3-0 win over Real Betis at the weekend. A Liverpool win will secure top spot, but an Atletico win will massively boost their chances of progress to the knock-outs.

IS MO SALAH GOING TO BE TOO HOT TO HANDLE FOR ATLETICO?

Liverpool’s talismanic figure Mohamed Salah has found himself in the form of his life. The Egyptian has already scored a whopping 15 goals this season, five of which have come in the Champions League. Salah has been inspirational to the Reds in all of their group stage matches so far, finding the net in all three games – and he will look to cause Atléti a world of problems once again on Wednesday. Yannick Carrasco and Miguel Hermoso on the left flank for Atlético will need to be right at the top of their game to have a chance of stopping the rampant Egyptian.

But even though many have tried to stop him this season, most have failed miserably. Salah has not scored in only one of his last 11 appearances for Liverpool, and the last game where he did not either score or assist was back in August against Burnley. As the season has worn on, Salah has got better and better, and is arguably one of the best players in the world right now. Salah will likely be joined by Diego Jota and Sadio Mané up front for Liverpool, as the Reds will hope that their main man delivers the goods once again in their quest of securing top spot in the group.

CAN THE ROJIBLANCOS CONQUER ANFIELD ONCE AGAIN?

Anfield is one of the most feared away venues in European football, and very few teams can boast of getting a result on a European night in front of the Kop. But luckily for Atlético, they can boast of an Anfield win as recently as in 2020 – when they knocked Liverpool out in the Round of 16 stage. Atlético will look to replicate their performance from last year, and better finishing can boost their chances – after Alisson’s heroics in the last round secured the win for Liverpool. The midfield battle will be crucial, as Rodrigo de Paul and Koke will look to prevail against a depleted Liverpool midfield who will be missing Naby Keïta through an injury.

The absence of Antoine Griezmann through suspension will be a major loss for the Rojiblancos, but Diego Simeone will back his firepower to deliver regardless. João Felix is fresh off a goal at the weekend against Betis, and he will be joined by Ángel Correa and Luis Suárez – who will also cherish his return back to the stadium where he played for two and a half seasons. The Portuguese Felix caused Liverpool plenty of problems in the reverse fixture, and he will be Atléti’s chief creative influence once again in their attempt to salvage something from the game.