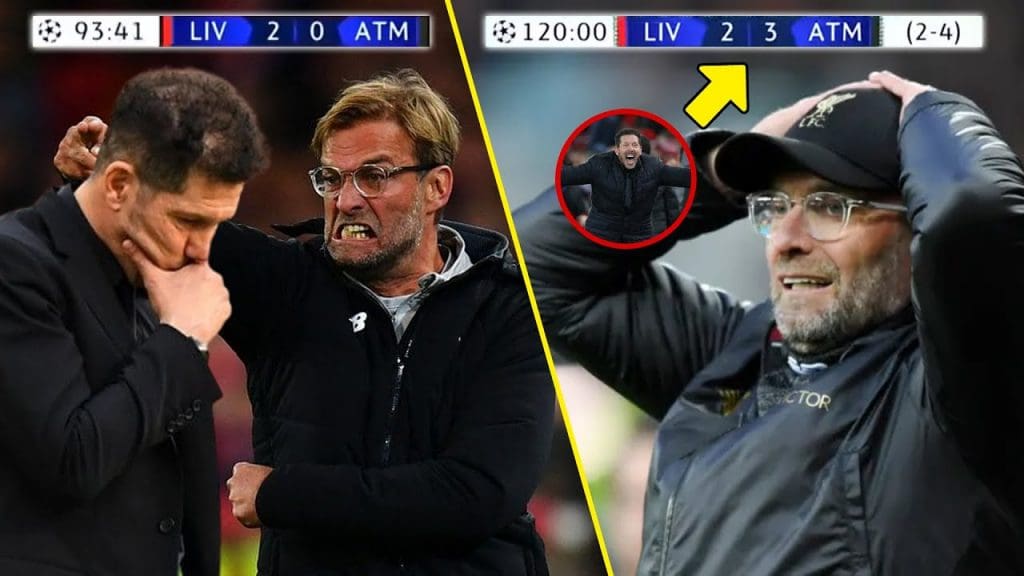 What happens when an unstoppable force meets an immovable object? The answer to this question could well be found out on Tuesday night, when the Champions League makes a return and the unstoppable force of Liverpool Football Club makes the journey to Madrid to meet an immovable object in Atletico Madrid at the Wanda Metropolitano Stadium, in the third group game in the 2021/22 edition of the Champions League.

These two sides are no strangers to the big stage, with Liverpool 6 times winner of the competition and Atletico themselves having come close to winning on a couple occasions. These two clubs have faced each other in the same competition before as well, with their most recent clash being in March of 2020. It was a very memorable clash for the Spanish side, when they defeated the then defending champions Liverpool 2-3 in front of their beloved Anfield crowd in the second leg of the round of 16 of the 2019/20 UCL. The English team will not look upon the game with much fondness as they did everything, but the Atletico defense frustrated the home side’s attack and then took their chances to beat Liverpool and progressed to the next round.

Fast forward to more than 19 months since that clash, both teams now meet with similar forms, with Liverpool topping the league and yet to taste defeat this season, while Atletico are the favorites for the titles and more consistent than the other two main challengers for the La Liga title. It truly is a heavyweight clash, with both teams armed with a steely determination to win this competition, but with a very tough group to deal with, they can afford no points to be dropped.

WILL SIMEONE HIT THEM ON THE COUNTER AGAIN?

Last time these two sides met, Atletico Madrid outwitted the English team tactically and Jurgen Klopp was left scratching his head. Diego Simeone did what he does best, and set the team up in such a way that Liverpool had no way of breaking through the staunch defense. It was a humble lesson for the German manager and his men as Simeone’s players carried out his plan perfectly and gave their all.

The Argentine coach gave a sort of blueprint for teams to get past the Liverpool team, which many hailed at that time as by far the best team in Europe. They were favorites for their second consecutive Champions League title at that time, but Simeone was up to the task and beat Liverpool both home and away. His ingenious strategy of smothering Liverpool’s build-up play from the middle, and completely neutered the threat that Roberto Firmino possessed, with his ability to drop in the midfield and create space for the two wingers Mo Salah and Sadio Mane. However, Atletico midfield general Koke played a prominent role in stifling the world-class attack.

Atletico Madrid’s defensive plan was faultless, and although Liverpool dominated their home game, Atletico hit them sweetly on the counter and broke through the Liverpool ranks like a hot knife through butter. The ghosts of pasts could return to haunt Liverpool yet again, with Atletico now boasting a world class attack consisting the likes of Luis Suarez, Joao Felix and Antoine Griezmann. It remains to see if Simeone resorts to similar tactics from the last time, or makes full use of his attacking department to take Liverpool head on.

WILL LIVERPOOL LEARN FROM PAST MISTAKES?

Liverpool have been in a scintillating form this season, not unlike when they last met the Spanish side, when they had gone 26 games unbeaten in the Premier League just before facing Atletico. Even now, they look like an incredibly hard team to beat and there is no doubt that the Los Rojiblancos will have to pull out something from the very top drawer.

However, the Reds know that they cannot take this game lightly. Klopp and his men will still be nursing their wounds from the 2019/20 season, and will see this as a perfect opportunity to take revenge on the Spanish side. Klopp knows only too well the threat that Atletico possesses, and will be thinking long and hard on how to break down their almost annoying defense.

The striker selection could play a huge part in how the game pans out, with both Diogo Jota and Roberto Firmino vying for the no.9 spot. Firmino showed his class on Saturday with a brilliant performance and a well-deserved hattrick against Watford and made an excellent case to start again on Tuesday night.

While Liverpool are known for their wing play, with both full-backs Trent Alexander-Arnold and Andy Robertson contributing heavily to their attacking play, Klopp will be aware of Simeone’s tendency to overload his box and stop any aerial attacks. Direct-play might be Liverpool’s best friend on Tuesday, a style that failed to make a huge impact against the same team last time. However, with Atletico now without Thomas Partey and Saul – both having left the club- Liverpool could fancy their chances in the midfield battle against the Spaniards. Partey and Saul were noteworthy in stopping Liverpool’s midfield last time out and restricting their attack to just crosses into the box. However, with neither of them in the team now, it remains to see if Liverpool and Jurgen Klopp can fashion their way through the hard-working and steady Atletico midfield.

If Liverpool can win the game at the Wanda Metropolitano on Tuesday, it will do their chances of qualifying top of the group a huge favor. In AC Milan and Porto, they have two tricky opponents and cannot afford to drop points in any game. With a derby against Manchester United in the Premier League to come on Sunday too, the team selection will have huge ramifications on the result on Tuesday, and ultimately their Champions League campaign as well.

Manchester United vs Atalanta: Will Ole Gunnar Solskjaer face the pressure of the sack or prevail heroic?
Newcastle United Takeover: Will Amanda Staveley create a WSL worthy team?
To Top