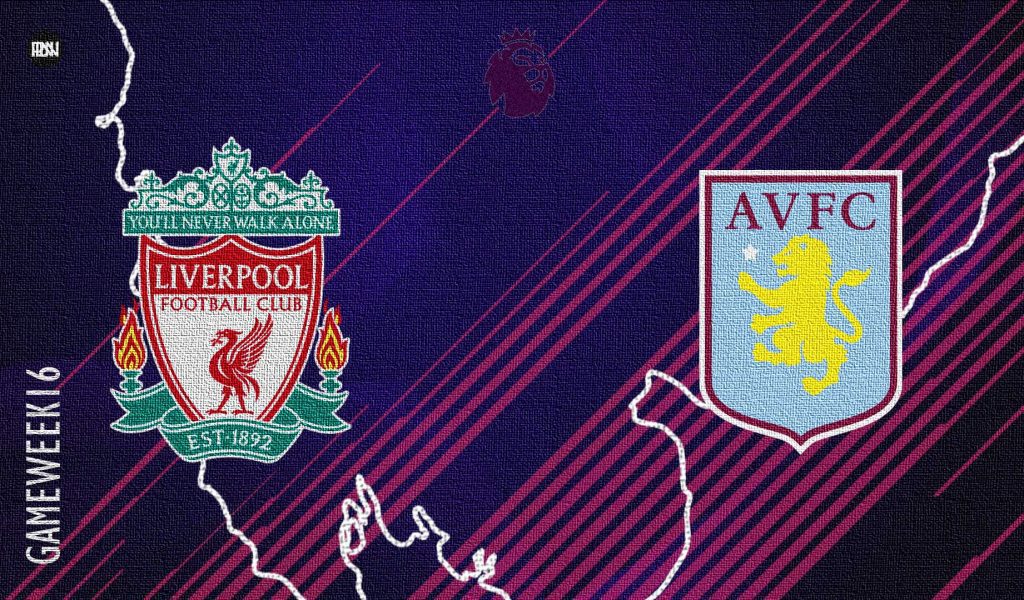 Liverpool host Aston Villa this weekend with Steven Gerrard returning to Anfield as the Clarets and Blues’ new manager. Having only tasted one defeat this season, Liverpool will be hoping to clinch a further three points in a bid to move above a rampant Manchester City side. On the other hand, the visitors will be keen on causing an upset in an attempt to launch themselves into contention for a European spot over the coming months.

Eyeing their seventh consecutive win across all competitions, the Reds will be delivering a positive result. Arguably, the league’s most feared team this season, Jurgen Klopp’s side are yet to stumble upon an unpalatable outcome. With no room for hiccups over the coming month, Liverpool will look to maintain their positive form against Villa this weekend.

Having won three of their four games since Gerrard’s appointment, the Villans will be optimistic of securing a welcome result on Saturday. Although key players remain out of contention for the weekend, Villa are more than capable of causing an upset at Anfield. Following an indispensable three points against Leicester City last weekend, Gerrard will be hope to move further up the table at the end of the upcoming match-week.

Having rested several first-team players for their mid-week Champions League clash against AC Milan, Klopp is expected to field his trusted starting lineup this weekend. Naby Keita and Joe Gomez were handed minutes off the bench against Milan and are likely to be included in the match-day squad against Villa.

Curtis Jones, Harvey Elliot, and Roberto Firmino remain sidelined through injuries, with Diogo Jota, too, rumored to have sustained an unknown injury after the forward was not spotted in training ahead of the fixture. Nevertheless, the likes of Virgil Van Dijk, Thiago, and Trent Alexander-Arnold are expected to return to the starting XI as the Reds look to remain consistent over the busy period of fixtures.

Despite their injury concerns Villa will remain keen on displaying a competitive performance at Anfield. The likes of Trezeguet, Leon Bailey, and Bertrand Traore remain out of contention though the former featured for the U-23’s recently. A much-needed boost could see Danny Ings be included on the bench, with left-back Matt Targett, too, hoping to retain the left-back spot after returning from a head injury.

Gerrard is expected to field a similar starting XI that saw them secure a win last weekend. Ollie Watkins remains a key threat being the focal point of attack, with both John McGinn and Emiliano Buendia hoping to pull the strings from midfield on Saturday.

With both managers needing a victory, Saturday’s fixture is likely to produce a palatable match-up for all viewers. Coming on the back of noteworthy results, both teams will be keen on delivering the desired performance, although, the Reds head in as overwhelming favourites for a victory.

Given Liverpool’s ingenuity across the pitch, the visitors will be keen on avoiding any loose performances this weekend. Gerrard will look to nullify the Reds’ attacking lanes across the flanks and the midfield, alongside potentially setting up for quick transitions on the break for most of the ninety minutes. Although Villa have shown significant improvement under their new manager, they will be wary of playing into the home side’s strengths on Saturday.

Meanwhile, the Reds are likely to retain their idiosyncratic approach this weekend. Considering the visitors have only kept one clean sheet since Gerrard’s appointment, Liverpool will be looking to exploit the Villans’ defensive inadequacies, pressurizing them through the flanks. However, with the title race growing increasingly intriguing by the hour, the Reds will be hoping to avoid any slip-ups, starting this weekend.

Having gradually improved his performances following an anxious start to the campaign, the Dutchman’s aerial ability and defensive organization will be vital to the Reds remaining resolute across the pitch on Saturday. Besides contributing to Liverpool’s nine clean-sheets in the league, the centre-back has also registered a goal and an assist.

Facing a physically imposing Villa side, Van Dijk’s presence will be vital to the Reds’ defensive performance on set-pieces. Additionally, the Dutchman’s reading of the game will be pivotal to the Reds remaining organized in coping with Villa’s fluid frontline. Provided Van Dijk delivers a noticeable performance, Liverpool are likely to register their tenth clean sheet of the campaign on Saturday.

Yet to deliver to expectations, Buendia registered only his second assist in five games against Leicester City last weekend. Although the Argentinian has struggled with injuries and consistency, he remains Villa’s primary creator and is expected to play a tremendous part if the Claret and Blue are to secure a string of positive results, starting this weekend.

Buendia’s vision and ability to pick out the striker will be key to Villa’s attacking set-up on Saturday. The midfielder will be hoping to capitalize on any plausible errors and will look to make the most effective decisions in possession. Provided Buendia remains efficient in key phases of the game Villa, could potentially hurt Liverpool this weekend.