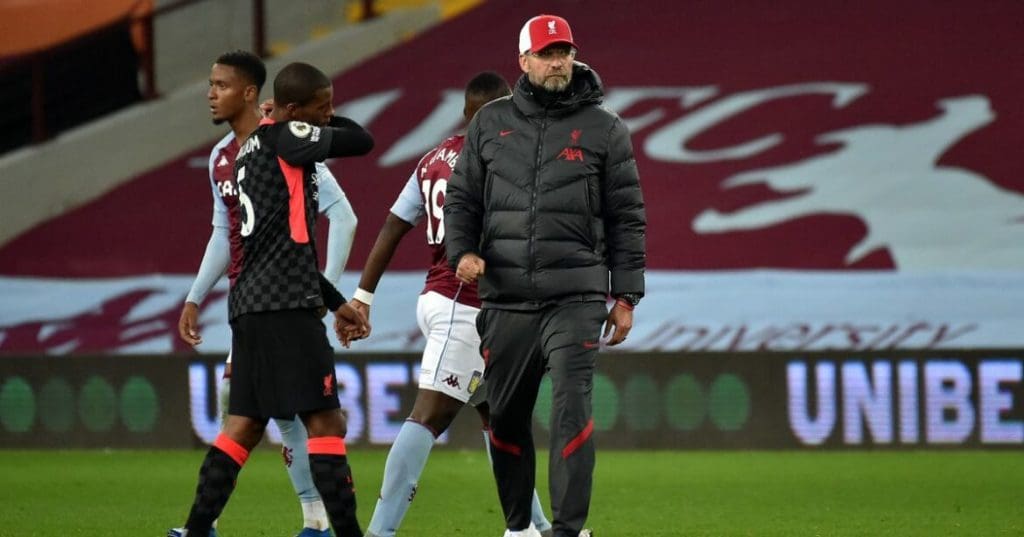 Liverpool will return to Anfield for the first time in over a month on Saturday. The Reds will host Aston Villa, a team who they lost 7-2 to earlier this season. Both teams’ most recent Premier League games have seen them register 3-0 and 3-1 wins for Liverpool and Villa respectively.

Here are the 5 key clashes where the game will be won:

The last time striker, Watkins, came up against Jurgen Klopp’s side, he netted in a first-half hattrick which took the world surprise. That was when he came up against the likes of Virgil van Dijk and Joe Gomez. This time he will come up against a far more inexperienced pair in Nat Phillips and Ozan Kabak. With the former’s significant aerial advantage he will aim to take the fight to Watkins to make him as uncomfortable as possible and prevent him from playing his natural game.

Fabinho will need to help out Trent Alexander-Arnold in handling Jack Grealish. The number 6 will need to be wary of the incredible way Grealish goes about his business on the pitch. The Villa captain was recently spotted in training and is likely to make a comeback to the starting XI after a 7-game absence owing to a shin injury. Grealish is known for his creative playmaking and being an effective catalyst for attacks, while Fabinho is prolific in stopping this.

Jack Grealish’s return to fitness for Aston Villa’s clash with Fulham in the Premier League is a “big boost” for the club, according to head coach Dean Smith.

The two main passers for each side, Thiago and Douglas Luiz will be key in determining the game’s tempo. With Fabinho behind him in the defensive midfield role, Thiago has been far more effective for his side. He’s gotten on the ball more often without worrying too much about tracking back. Luiz, on the other hand, has started 25 league games for Dean Smith this season, forming an integral part of the Villans’ shape since joining permanently from Manchester City.

Salah scored both of Liverpool’s goals in the embarrassing defeat at Villa Park in September. Since then, in the 26 league games, he’s got 16 goal contributions. This might seem very average numbers for someone with Salah’s ability, but in reality, he’s been doing most of the goal-scoring during the Reds rough patch in the Premier League. He will come up against Matt Targett, who has started every single game in the PL. The left-back has only missed out on 15 minutes this season after he was substituted at the 75 -minute mark against Manchester City.

Jota’s tendency to score headers will be in centre-back Tyrone Mings’ mind before Saturday’s clash. Mings has a significant advantage over Jota in terms of physical stature. However, the disparity in height has very rarely been an issue that Jota has struggled to cope with.

Will Thomas Muller join Liverpool this summer with the Reds keen on a false nine replacement?
Crystal Palace vs Chelsea: Match Preview | Premier League 2020/21
To Top