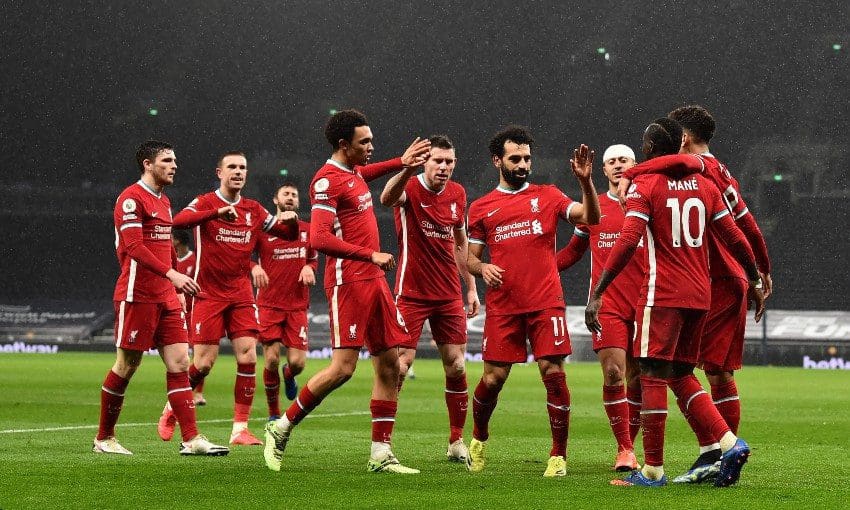 The Reds of Merseyside travel to London for another test of their character on Sunday as Liverpool take on West Ham at the London Stadium.

Liverpool and West Ham have been in contrasting forms during the busy January period with Liverpool failing to win or score in any of their games in January. However, all that changed in midweek as the Reds saw off Tottenham Hotspur in their last outing, coming out 3-1 winner in a convincing display.

This week’s opposition poses a different test, the resolute Hammers have looked menacing this season taking 3 points in 4 consecutive games. West Ham has also kept 3 clean sheets in their last 5 fixtures, and they will indeed make it very difficult for Liverpool to break them down.

The morale-boosting win against Tottenham would’ve let Jurgen Klopp breathe a sigh of relief, giving the team a huge boost in confidence after failing to win a Premier League in January prior to last week and crashing out of the FA Cup at the hands of rivals Manchester United. The obvious culprit have been injuries to their centre-backs and midfielders. Naby Keita and summer arrival Thiago have also struggled with injuries. Klopp has publicly stated Liverpool’s struggles with injuries and how much of a huge miss Virgil van Dijk has been.

Liverpool must try to steer their focus away from those issues however, putting faith in youngsters has paid off for Jurgen Klopp and Liverpool in recent years. Although there have been a few errors from Liverpool’s young centre-backs, both Rhys Williams and Nat Phillips look comfortable on the ball and have put in some decent performances. Meanwhile, Fabinho and Henderson can also fill in as a makeshift centre-back.

Joël Matip went off injured at half time and there were some early rumors that he had suffered a bad ankle injury. Thankfully, Jordan Henderson returned to full fitness and Kostas Tsimikas was also in the squad on Thursday night.

Fabinho missed the Spurs game with a minor muscle injury so it’s hoped he will be able to face West Ham.

Jurgen Klopp’s side will need some experience at centre-back if they are to deal with West Ham’s attacking threats. Nat Phillips or Ryhs Williams could start with Klopp pairing either of the two youngsters with the experience of Fabinho.

Henderson’s return to fitness could see him move into a centre-back role but that seems like a really thin chance with Fabinho most likely to make it into the starting 11. The rest of the team would remain unchanged with the front three unlikely to change especially with Jota Injured.