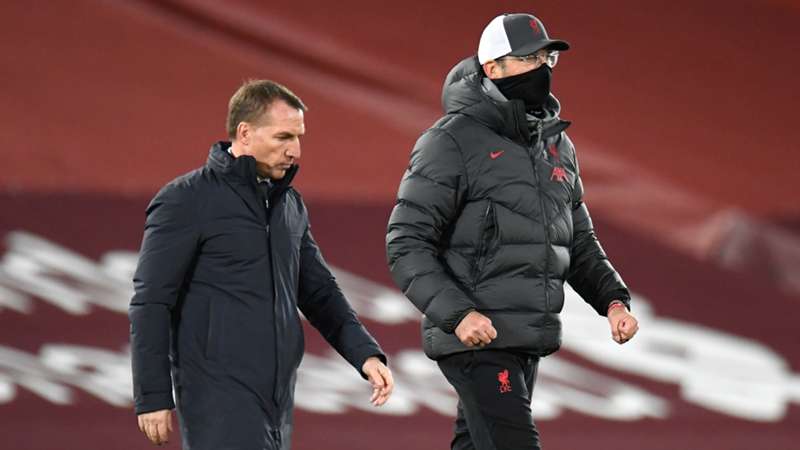 Liverpool has had 6 days to recover from their embarrassing 4-1 defeat to Manchester City at Anfield. Up next for them is a trip to King Power Stadium, where Jurgen Klopp will go head-to-head with his predecessor, Brendan Rodgers.

Alisson: Although the Brazilian made a couple of horrendous errors against Manchester City, he is still one of the top keepers in the world. There’s no chance he loses his place in the side merely because of those mistakes, irrespective of how game-defining they were.

Trent Alexander-Arnold: Trent was one of Liverpool’s better players in their most recent games. More interestingly though, he was adjudged man of the match in Liverpool’s last visit to the King Power Stadium. The Scouser will be hoping to put in a similar performance tomorrow.

Ozan Kabak: The newbie is likely to get his first taste of English football tomorrow. Including the 20-year-old in the starting XI will create room for the skipper, Jordan Henderson, to move back into midfield. Kabak is often referred to as the “Turkish Wall” and he’ll hope to stick to the reputation he brings with him.

Fabinho: Despite a poor performance against Pep Guardiola’s side, the makeshift centre-back has performed brilliantly enough in previous games to retain his spot in the side. However, there has been some speculation about his availability, because he wasn’t spotted in training on Wednesday.

Andy Robertson: The 6 day-break will have given Robertson enough time to recover from his evident fatigue in recent games. The marauding left-back will hope to be back at his best on Saturday afternoon.

Jordan Henderson: Henderson’s return to midfield could be crucial to Liverpool’s success in the coming games. The Captain’s influence in determining the game’s tempo and keeping the ball moving is key to Jurgen Klopp’s game-plan.

Thiago: The Spanish maestro hasn’t had the start to his Liverpool career he would have dreamt of. Out of the 8 games he has started in the Premier League, the side has only won twice. He’ll be hoping to change this Saturday onwards.

Gini Wijnaldum: In recent games, Wijnaldum has been playing as a number 6, and to be fair to him, he’s put in a decent shift. However, moving him back into his preferred number 8 role will hopefully get him back to his best.

Mohamed Salah: Mo Salah was awarded the Liverpool player of the month for January. He currently leads the race for this season’s Golden Boot and will hope to get a few more against Leicester.

Roberto Firmino: The number 9 has a had a mixed season, with some incredible highs like the winner against Spurs, and some awful lows like his failure to convert against Newcastle. With Diogo Jota still recovering from his knee injury, Jurgen Klopp doesn’t have anyone else he can turn to other than Firmino.

Sadio Mane: Like most of the Liverpool squad, Mane is going through a bit of a rough patch. Having scored only once in his last six games, the Senegalese International will aim to change his fortunes against Leicester.

MUST READ: Michael Edwards: The silent hero at Liverpool

Dwight Gayle contract fiasco
How will Joshua King fit in at Everton?
To Top