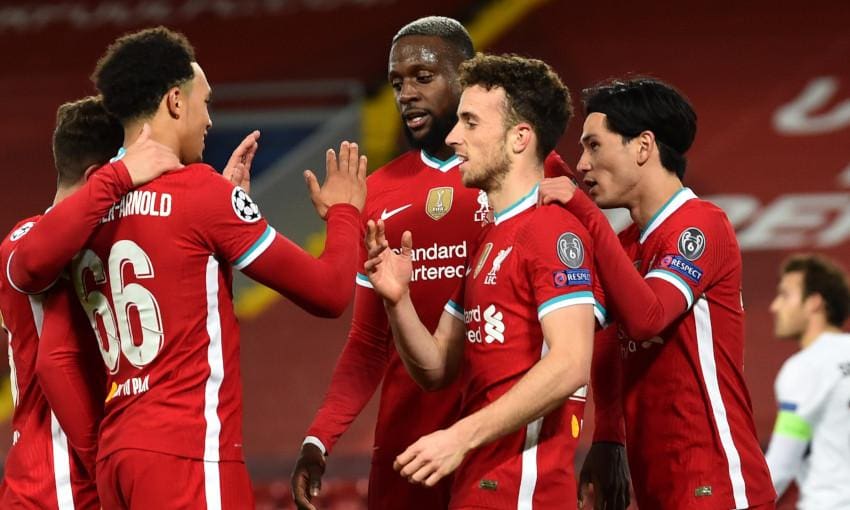 It’s been a tough couple of weeks for Liverpool with a tight schedule plus the list of added injuries isn’t doing them any favours at the moment. With many players out and some important matches coming up ahead I think it is safe to say that we could have a few surprises here and there.

Under usual circumstances, Liverpool are subservient followers of the 4-3-3 with the team being thoroughly drilled to play their position to perfection. But necessity has certainly caused Liverpool to change things a bit, and Jurgen Klopp has also fancied giving the 4-2-3-1 a try.

In 4-3-3 formation, I believe that you would have Alison Becker in goal as usual and a centre back pairing of Rhys Williams and Joe Gomez looking most likely. Nat Phillips may also get a cameo looking at Liverpool’s dire CB predicament right now.

I believe that Trent Alexander-Arnold and Andrew Robertson should start the match against West Ham United on wing-backs, but Robertson may be given a rest later on if the going is smooth so as not to overexert the lad. Another defender injured is the last thing Liverpool need right now.

Midfield is the trickiest part to predict in this lineup. Jordan Henderson and Georginio Wijnaldum will be starters in my opinion, and we could see a young Curtis Jones start the game.

Ox is out on a long-term injury, and Thiago is unsure. Klopp would save him for the big games, in my opinion.

The front three of Liverpool could remain the same – Mohamed Salah, Roberto Firmino & Sadio Mane. However, there were questions raised about the fitness of Mohamed Salah in the last game. I surely wouldn’t want to risk my main man who is in a rich vein of form against West Ham when I have the champions league and a fixture against Man City to look forward too. Diogo Jota would be a pretty good replacement, and he has been impressive in whatever game time he has got until now.

We could see Firmino dropping in a sort of false nine with Salah up front, Jota and mane from the planks. It would certainly eliminate the need of a third out and out midfielder, but this depends on whether Klopp would want to take a chance with Mohammed Salah at this crucial stage of the season.