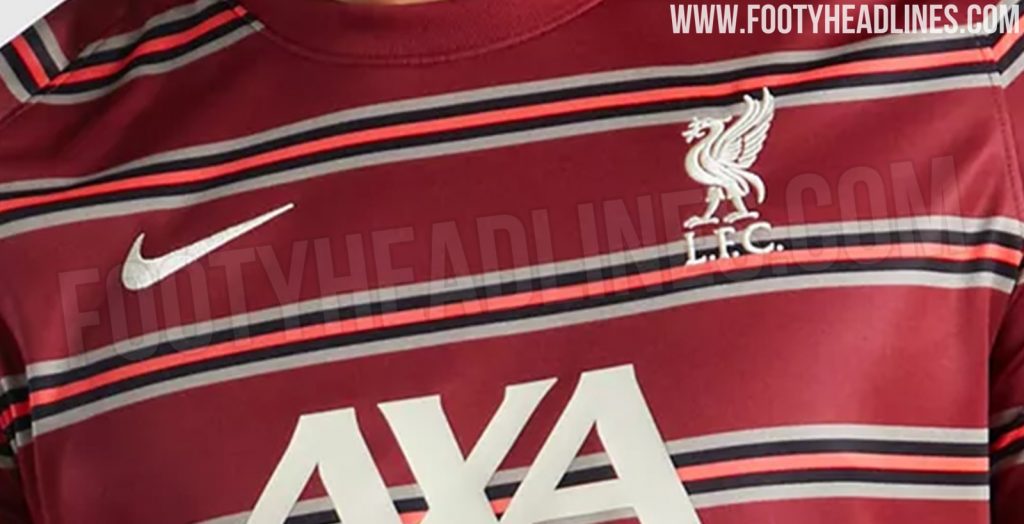 With the 2020/21 season nearing its end, several clubs have begun the process of designing and finalizing the various kits that will be featured in the league and competitions next season. And featuring such leaks – Liverpool 2021-22 pre-match jersey has been leaked by the ever reliable Footyheadlines.

Jurgen Klopp loves to make opponents uncomfortable while they come out to train pre-match while his team gears up for the fixture. And he’d not have to worry about what his squad will wear now.

Liverpool 2021-22 pre-game shirt has been made by the club’s jersey sponsors Nike, as usual. The pre-game jersey will be worn by Jurgen Klopp’s men next season during warm-up sessions before the game.

The Nike Liverpool 2021-22 pre-match jersey has traditional red base covered with hoop pattern trio of gold-black-red that covers the entire shirt. The Liverpool and Nike logo is expected to stone the ‘Fossil’ colour, alongside LFC’s training kit sponsor AXA. Well, the hoops look different on the red which combines into an attractive outfit. 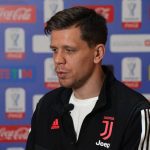 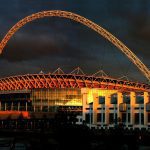 Chelsea vs Leicester City: How many supporters will be allowed to attend FA Cup final
Leave a comment