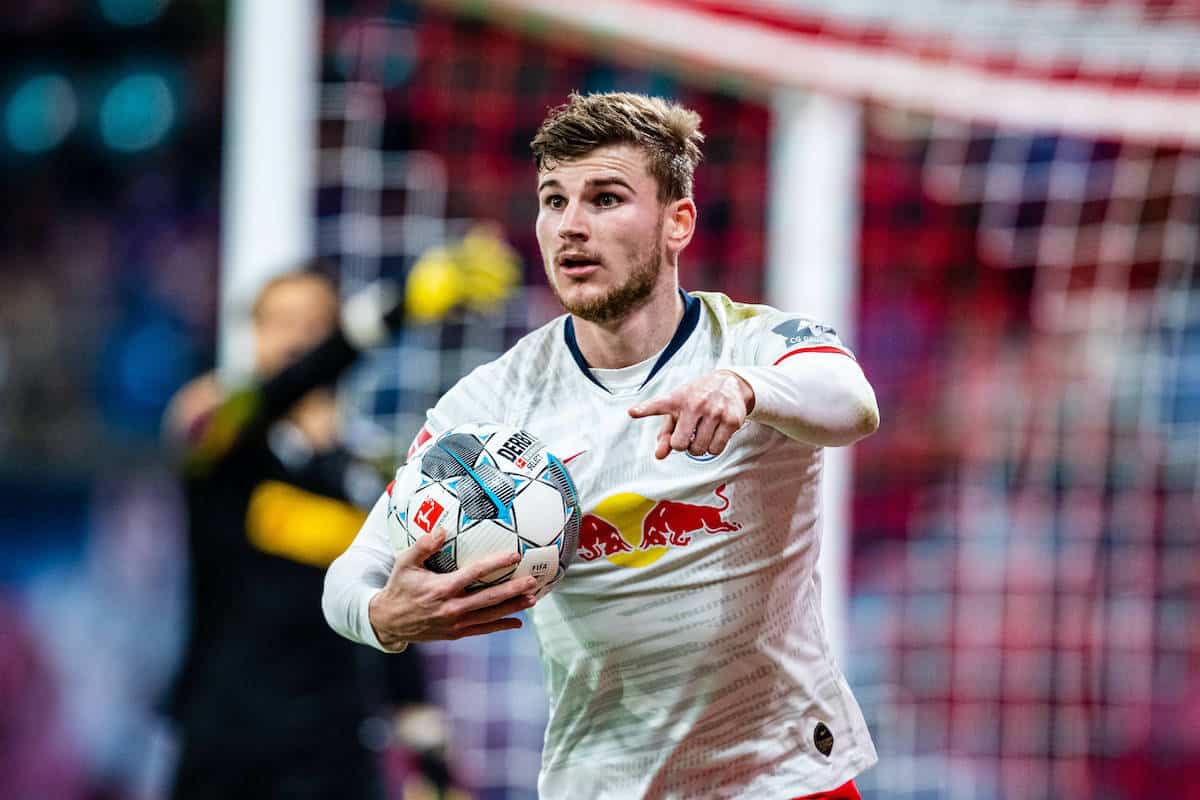 Former Liverpool player Steve Nicol believes the club are gearing towards a mistake with their decision to snub the advances of Chelsea to sign Timo Werner.

Timo Werner has been linked with Liverpool throughout the season and it was believed they had the upper hand to poach the forward, however Chelsea look to be stealing a march on the Reds.

Per reports yesterday, Chelsea have lined up a £54 million bid and are willing to sign the German international, with Frank Lampard being involved in the deal.

Despite their long standing interests, Jurgen Klopp’s side are yet to table am official offer and that is paving a way for Werner to move to their rivals.

However, the former Reds star is critical of the decision by the bosses at Anfield as he feels the 24-year-old would have given the current front three of Mohammed Salah, Roberto Firmino and Sadio Mane a run for their money.

Nicol told ESPN FC of the Reds’ failure to get an agreement in place: “I think it is [a mistake], yes.

“Regardless of how good you are, you have to make sure you stay where you are at the very least. That means you need competition for places.

“No question, Werner would have given the front three – as great as they are and have been – it would have kept them on their toes.

“The front three of Liverpool can now breathe a little easier. I think Liverpool have slipped up here.

“Saying that, I wouldn’t be surprised if Werner had something to do with this.

“At the end of the day, if you want to go somewhere you can make it happen. It looks to me like Werner has changed his mind.”

It is no doubt that Timo Werner who is only behind Robert Lewandowski in the race for the Bundesliga golden boot, will add a lot to any team he may join.