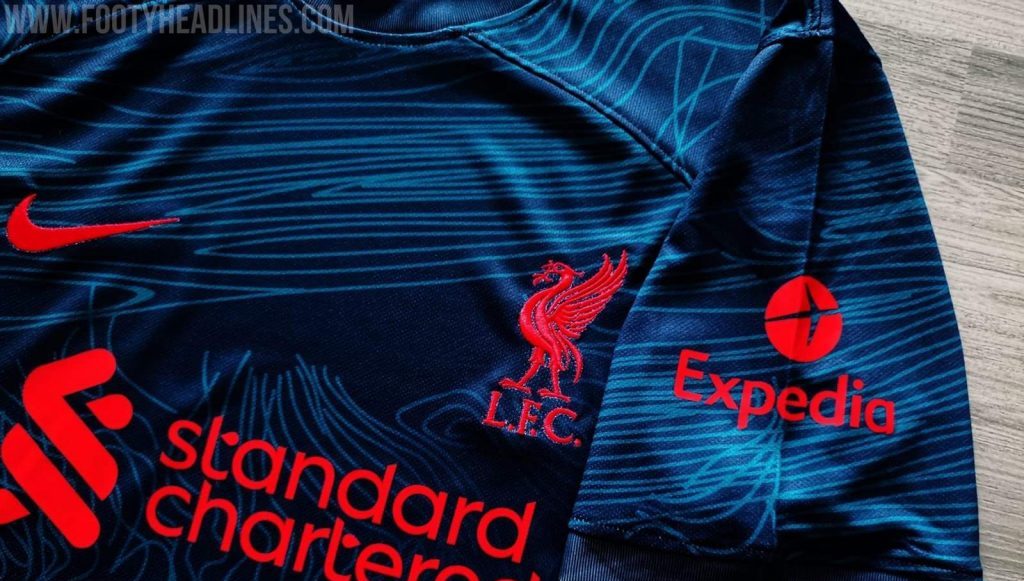 Earlier, we talked about how fumlerRawk- an LFC kit expert- created a possible kit design for the 2022/23 season. From the mockup kit design to a leaked Liverpool third kit?

Since a Twitter user, @JateenLFC posted a series of pics with a caption reading: “Potentially 3rd kit for 2022/23 season.” The social media was swamped up by the Reds.

But, the LFC kit expert fumlerRawk called it a fake design. He claims it to be based upon his earlier mockup designs that he leaked back in the month of May.

Later, however, Fumler himself ditched his own mockups as the colour combinations that he used were dropped by Nike.

So this one is popping up now, and it is probably just a fake based on my first mockups from May last year. Nike has as mentioned earlier probably dropped it, and we are a bit in the dark about what the away/third designs will be. Colours are known. [📷credit to @JateenLFC ] pic.twitter.com/LGuipvaDIW

Meanwhile, if we talk about the colour and the design of the kit that is currently taking rounds on Twitter, we can say that the design is similar to that fumlerRawk’s mockup created back in the month of May. Further, the colour combinations are a bit more on the darker side. Dark teal colour, with the siren red coloured logos embedded on them.

As of now, only the colours of the ‘away kit’ and the ‘third kit’ are known.

Predominantly, Nike could go for an all-white, LFC away kit for the next season. While we already talked about the potential colours of the third kit.

Furthermore, those of us who are waiting for an official confirmation might have to wait a little longer. Most probably, the official announcement is due in the month of July.