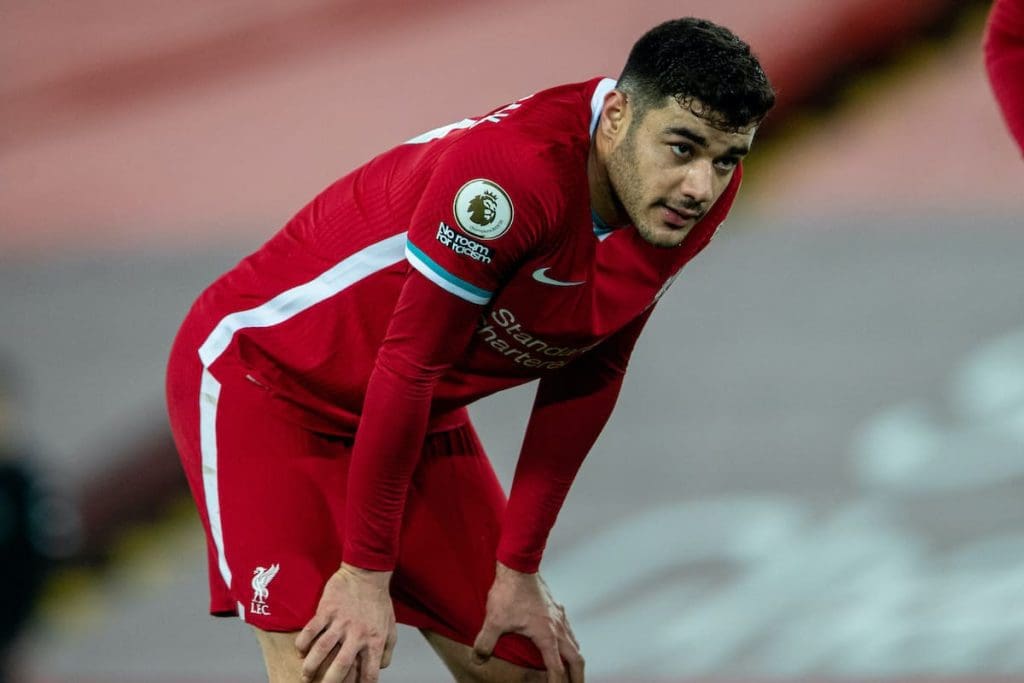 Jurgen Klopp’s Liverpool have been dealt with yet another injury concern, according to The Athletic’s reporter, James Pearce. The Reds’ central defender Ozan Kabak is “highly unlikely” to recover in time for Thursday’s visit to Old Trafford to face Manchester United.

Kabak missed out on the last game as well, where Liverpool subbed in Rhys Williams for him at the back. The game finished 2-0 to the side, but it was against a Southampton team that have struggled to get going in 2021. It is said that Kabak’s muscular problem is not minor enough for him to be fit for Thursday night.

The Turkish international had formed a solid partnership alongside Nat Phillips with the duo conceding just once in the 4 league games they have started together. However, the partnership has been broken apart before owing to injuries to Phillips. This time it seems like Kabak will be the one watching from the stands.

With Kabak set to be out, Klopp will either stick with Rhys Williams at the back or turn to Fabinho to partner Nat Phillips. If he goes with the former, the side’s defence would be significantly exposed given Williams’ lack of pace and inexperience. The last time Williams came up against United was in the FA Cup where he had a torrid time trying to cope with Marcus Rashford’s pace and trickery.

On the other hand, playing Fabinho in central defence leaves a massive hole in Liverpool’s midfield. The Brazilian is the best at the number 6 in role in the league, so naturally, his side would find it a lot harder to manage the game without him playing his preferred role. The 4 times Fabinho and Thiago have started in midfield together in 2021, the Reds have won every single game.

So which trade-off will Jurgen Klopp opt for? I reckon he takes the risk with Williams and hopes that Liverpool are dominant enough to outscore United.