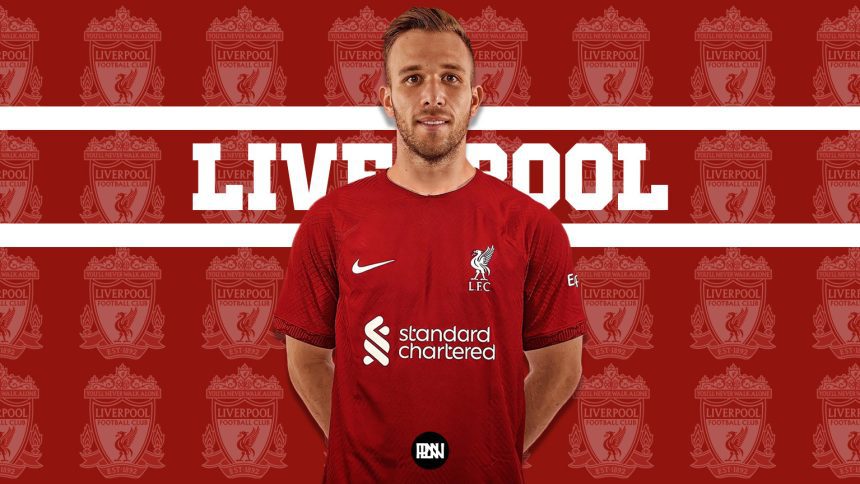 How are you doing Reds? Yes! You have guessed it right, if you think that it is another transfer update we have come up with… There’s light of hope at the end of every dark tunnel, and as we have been wanting since the start of the season it seems as if our prayers have been heard as Liverpool are reportedly closing in on signing a midfielder Arthur Melo from Juventus, hours before the summer transfer window meets its deadline.

According to reports from reliable Italian sources in Romeo Agresti and Fabrizio Romano, reported first by Gianluca Di Marzio, Juventus and Liverpool have reached a loan agreement for the Brazilian midfielder Arthur Melo. The Brazilian was spotted leaving Turin, earlier today, and the Italian sources believe that he will soon be in England for the completion of his 1 year loan move to Merseyside.

Furthermore, the deal is believed to be a one-year-loan move for Melo from Turin to Anfield and will terminate at the end of the season. Up until now there are no confirmations of the wages, but both the teams have agreed to a “no buy option” which means Liverpool will have to work a bit more to get his services permanently if they would want the Brazilian to stay longer than just this season. Finally, it is being reported that the Reds will cover the majority of Melo’s wages during his stay here at Merseyside.

Is Arthur Melo the answer to Klopp’s midfield woes?

Firstly, the news has shocked everyone with many calling it an “unexpectedly random” deadline day news coming “out of nowhere”. And secondly as far as the global Liverpool fanbase are concerned, they seem to be in a state of dilemma with not knowing how to feel about this transfer update.

To address this concern/query- that, IS MELO REALLY THE ANSWER? – we might have to skip his Juve days and head straight to the merry Barcelona days. The 26-year-old midfielder is a kind of player who just loves to have the ball at his feet, like all the typical Brazilians Melo has a bagful of skill at his disposal and wants to showcase it in the 90 minutes that he is there on the pitch for.

Every single professional footballer is expected to have a game sense and thus are even expected to move the ball accordingly. But there is a certain level of creativity that separates the players from being Creators and Finishers, and Arthur Melo is a serious creator. If he is to be compared to any of the current LFC squad members then without any doubt he has that Thiago-esque way of going about things. And when I say that, I just mean it!

Likewise Thiago, Melo has the ability to take the sting out of the game whenever it is required. So for example, let’s take Liverpool’s starting few fixtures of this new season and analyse why they have missed Thiago so much on the playing field and how can Arthur Melo make up for such losses in the near future.

(continuing from the last paragraph) The Reds have been missing a kind of presence in the middle of the pitch who can deviate and drive the direction of the play. With Thiago on, they have someone who can steal the ball off their opponents and at the same time move the ball up the pitch for the forwards to get onto it and possibly score. The first 3 games of this season spoke a lot as to how Liverpool have been over-reliant on Thiago’s prowess, but it will be just too critical of us if we say that they should not be reliant on the Spaniard. Because this is what the modern day game demands the teams to have in the middle of the park- a creative midfielder, a box-to-box midfielder and a defensive midfielder.

The Reds have all these 3 types of midfielders but are too injury prone, and thus someone like Arthur Melo is required. In continuation to the above mentioned claim that Melo could be a second coming of someone like Thiago in this LFC squad, well, here are some visual stats to show for the same. Hold tight because trust me you are in for a surprise treat!

The Driving engine of a squad

Arthur is ranked in the 97th percentile in Europe’s big 5 leagues for pass completion %, and in the 83rd percentile for progressive carries p/90mins.

Henderson is in the 69th percentile for progressive carries (4.4 p/90). Elliott (5.8) also in 83rd percentile. pic.twitter.com/8awc7TCbOH

So by the “driving engine of the squad” I literally mean to say is that The Brazilian can shift the momentum from defence to an attacking position in a flash… It is not just one attribute which is at play here, it just composes of a whole repertoire of skills and attributes which makes him a flashy player. Not to mention that when Barcelona signed him from Gremio in 2018, Arthur was the 7th most expensive Brazilian League export of all time- so there must be something in him that pushed a club like Barca to splash millions on him.

The above clip showcases the Brazilian’s ability to read the game well enough, more often than not helping his teammates by creating pockets of spaces in the opponent’s midfield leading to a free-flow of pass ‘n’ play football.

This is a perfect example of Arthur’s cool-headedness and composure when there’s an imminent pressure coming up from the front. Players like these (Thiago, Melo, etc) have the ability to just slow the pace of the game and then resume it with twice the amount of intensity catching their opponents off-guard more often than not.

No wonder the Barca fans thought as such. I mean even if it wasn’t for the above shown vision, Melo had crazy stats to go by in the 2019/20 season at Nou Camp. Arthur came in the top 10% of La Liga midfielders per 90 for:

Last but not the least, the sheer ability to pull the trigger from long range whenever the needs must

Hyped for the possibility of seeing this happening in bianconeri colors.

Just reminding many of you Liverpool fans of that sweet Thiago long-range hit against Sevilla in the last season’s UCL semi-final, the Spaniard was unlucky to hit the crossbar, but looking at this Melo hit might want you to take a breather and should calm some “Red” nerves as they have finally got a balling midfielder for the rest of the season.

Arthur appears to be a solid passer of the ball and a player with the ability of moving up the pitch/forward thinking, or playing it into the final third. Liverpool can be known to press teams and Arthur can bring this attribute into the team, while also providing that press-resistant attribute too. He’s also a solid dribbler of the ball.

All-in-all this might be a pressure-last minute buy, but have to say that it is a win-win move for Liverpool, considering if Klopp and co. are really able to get the best out of the Brazilian then it could be really beneficial for the whole squad going forward and even if Arthur fails to live up to the standards there would not be much of a loss in it considering it is just a one-year loan!

Is Douglas Luiz what Arsenal need?
Next Article 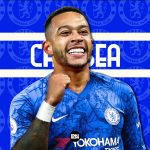