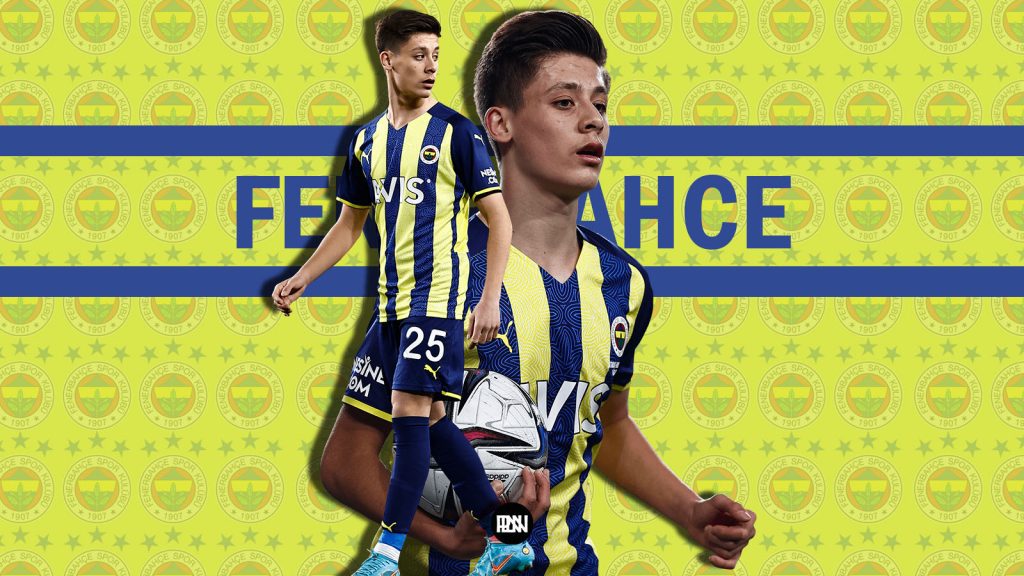 “Turkish Messi” Arda Guler is being monitored by Liverpool & Arsenal.

Yes! You read that right, there is a new prodigy, and he is progressing & developing in the parts of the Turkish capital city of Istanbul. Arda Guler, the 17-year-old Turkish boy is already catching eyes with the prolific rise in the recent years, in the Turkish Super Lig.

While the young lad from Turkey has already played and trained with the likes of Mesut Ozil, he surely has had a strong past as well to show for. Looking at it, Arda Guler started at the Fenerbahçe youth team when he was just 14. Within a year of progress, he got promoted to the U16 side, where he showcased an intense level of hard work and an amazing ball dribbling prowess earning him the spot in the Fenerbahçe U19 side.

Last year, in the summer, he got a first call up for the first team- one of the moments that changed the course of his career. Since then, Arda has shown a lot more passion and hunger to improve. Scoring 2 goals, and 2 assists for the first team this season, while also scoring 4 goals for the u19 side as well. No wonder Mesut Ozil was in all praise for the youngster, “You will be a world star,” the former Arsenal and Real Madrid midfielder told the young Arda Guler as per Sporx.

According to the leading, Turkish-daily Fanatik – Liverpool and Arsenal have been recently showing interest in the young “Turkish Messi”, alongside some big European names like Barcelona and Bayern Munich. While the former (English) two sides will be sending scouts each to monitor Arda’s progress, as Fenerbahçe lock horns with Galatasaray on Sunday.

Mikel Arteta showing interest in another youngster may not come as a surprise, seeing the Spanish’s rising ballers like Saka, Emile Smith Rowe, Gabriel Martinelli, Tierney, Nketiah, and the list just goes on. Meanwhile, his German counterpart, Jurgen Klopp is known for his keen eye for such youngsters as well. Like Sepp Van den Berg (currently on loan at Preston), Curtis Jones, Kaide Gordon, Harvey Eliott, Tyler Morton and many more.

With both of the sides going an extra mile to send the scouts to monitor “a future star”, as Ozil may call it, we may very well see the 17-year-old Arda Guler on the English soil very soon!

Victor Orta is eyeing Sergio Gomez for a move to Elland Road
Is Miedema’s new midfield role paying off for Arsenal in the title race?
To Top