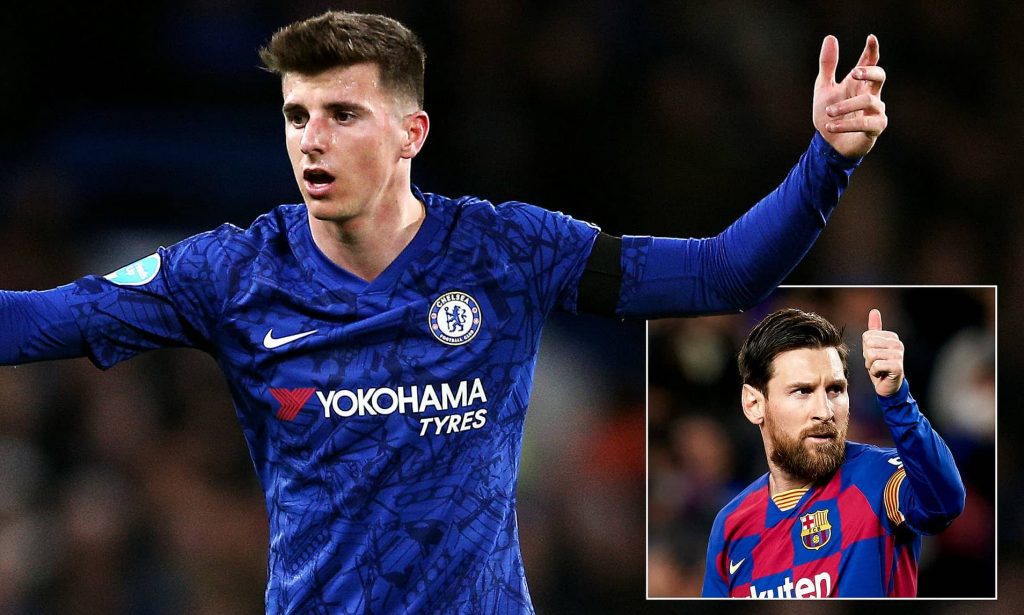 Lionel Messi has lauded the impact of Chelsea’s Mason Mason, and has tipped the youngster to be one of the best of his generation in the game – joining the likes of Trent Alexander-Arnold, Phil Foden and Jadon Sancho in the Argentina international’s submission.

The 21-year-old has however, enjoyed a stellar season so far considering this being his breakthrough campaign at Chelsea under manager Frank Lampard. In 29 league appearances, the attacking midfielder has scored six times and provided five assists.

Lionel Messi being joined by football card manufacturers Topps decided to create an exclusive pack addressing the best matches and stars of the Champions League, where the Chelsea midfielder was among a quartet of English talents picked in the ‘youth on the rise’ category.

Addressing Mount’s card, the Barcelona skipper said, “Having watched him play he has the potential to be one of the best.”

The comments by Lionel Messi should be a confidence booster for Mount as he continues to make an impact in the Premier League, Champions League and on the international stage.

Pepe Reina reveals ‘endless minutes of fear’ while battling COVID-19
Manchester United and Paul Pogba; What next now?
To Top