One can only wonder, if the Kopites will be able to sing these chants amidst rumours of exit!

Sadio Mane, now a 30-year-old winger, signed for Liverpool in 2016 from Southampton. The Senegalese took no time, and quickly turned out to be a people’s champ. While it is not at all easy to gain popularity amongst the Liverpool fans, he certainly made it look like it- with the fans quickly on to the Mane train, writing a whole song dedicated to their new attacking player.

Moreover, the love for him just grows way beyond the fact that how much of important he has been on the side. Rather, many became fans of the Senegalese for his way of approaching the questions that were thrown at him in any interview.

Meanwhile, his stats at the club solidified his presence even more so. In the debut season that Mane played under Jurgen Klopp, he scored 13 goals and assisted another 8 in just 29 games that he played that season. And that was massive! Since then, up until now, Mane has scored 120 goals and has assisted another 38 goals in 268 games in total that he has played for Liverpool in these 6 years.

And now, as Klopp line-up in Paris to face Real Madrid in the clash of clashes, the rumour mill has started rotating around in full motion. Sadio Mane for a move away from the Kop – who have loved him like their own. But sometimes, it seems as if the fans and even the manager need to move on, if a decision regarding his future is made by the player himself. Maybe Mane will leave, maybe he would not! Let’s see what is going on in this saga.

24 hours before the matchday in Paris, against Real Madrid in the Final of the UCL, it was reported that Sadio Mane might be on his way to leaving the Reds this summer as there are a lot of interested parties ready to sign the talented 30-year-old.

Mainly the French outlet, l’equipe reported that the Senegalese is closed to agreeing terms with the German giants- Bayern Munich.

Sadio Mané is close to agreeing personal terms with Bayern in a deal worth around $32M, according to @lequipe pic.twitter.com/ktmS8ENxkR

This news comes as a surprise to many, while the rest are still hopeful on the fore that this is nothing but any other rumour that goes around. Considering the time frame of this reported news by l’equipe, it was easy to get a perspective from the man himself. “I’ll answer everything after Champions League final”, said a smiling Mane as he remained focused for the clash against Real Madrid.

Sadio Mané on his future: “There will be new discussions at the end of the season. I’ll answer after Champions League final”. 🔴 #LFC

Mané’s out of contract in June 2023 and there are chances for him to leave the club this summer.@footballdaily ⤵️🎥pic.twitter.com/qkS1U2NEoz

As for the different parties who are concerned with these rumours, a reporter even asked Jurgen Klopp- Liverpool’s manager- about these incoming rumours. He had a very witty reply to the question saying, “Bayern rumours before big clashes, what is new!.” Although, the authenticity of the reporting is a big question, but you cannot take away the timing of it- Mane’s contract runs dry after 2023, he himself said I will tell everything about my future after the final, and maybe he might be looking for a new challenge who knows?! But whatever it is, it has surely sent the fans into the whole protective zone.

A fan sounded dejected more than he was in denial, but it looks as if the Senegalese’s departure could be a teary one- it might take a lot to let him go.

Mane is not going to Bayern and certainly not for that low of an amount. Why would he take a step down in his career right now?

Meanwhile, another fan wrote more in a clinical aspect of things while trying to sound a bit more feasible.

Well, it is not hidden, rather much clearer now that one of Bobby, Salah and Mane are set to leave the club. While it could be hard to keep all the 3 here, it is not difficult. But looking at the state of the Club, financially, it does not seem likely. Yes! So, Mane might leave- but to be sure we have to wait until after today’s UCL final.

But, even if he decides to stay- there is a lot more chance of maybe Salah departing on a free transfer next season! So, it is down to this, keep Mane or keep Salah – I would not want to be in such a position, but all we can do is hope that the Club and Klopp make the best decision, as they have been doing for so long now. 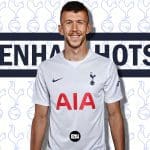 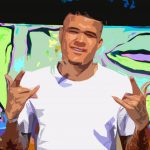