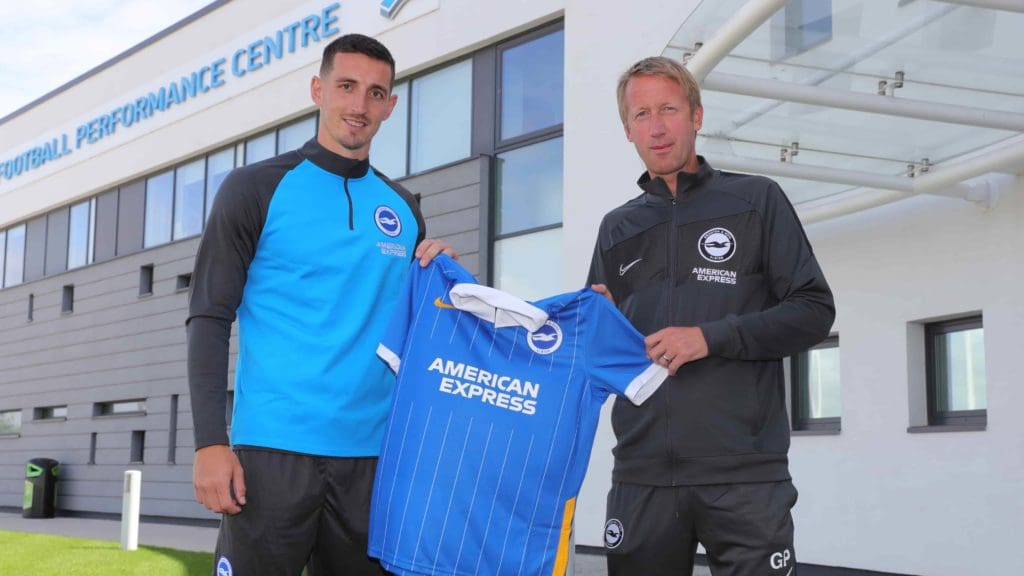 Brighton & Hove Albion have confirmed that Lewis Dunk has signed a new long term contract at the club.

The defender has put pen to paper on a new five-year deal at the AMEX Stadium which is expected to run through until the end of the 2024/25 campaign.

Dunk, who won the club’s Player of the Season award has been a vital part of Graham Potter’s team since breaking into the team, and led the club to their best ever Premier League finish during the 2019/20 season.

The Brighton manager was full of for the centre-back after seeing him commit his long term future to the south coast outfit.

He said: “We’re absolutely delighted that Lewis has made this long-term commitment to the club. It’s fantastic news for everyone: the club, the supporters, the team and myself.

“Since I came to the club he’s been a joy to work with and he’s a top player. We are very lucky to have him. I think his role as captain is one he’s grown into and one he will do better and better for the next few years.

“He leads by example on the pitch and he’s a good lad off it – a delight to work with. We’re all determined to push on next season and establish the club in the Premier League and I’m really pleased that Lewis will be with us on that journey.”

And the Seagulls captain also spoke of his delight after signing the new deal at the club.

“I’m delighted to have signed a new contract,” Lewis told the club’s website. “The aim now is to build on a record Premier League season and help the club continue its recent progress over the next five years.”