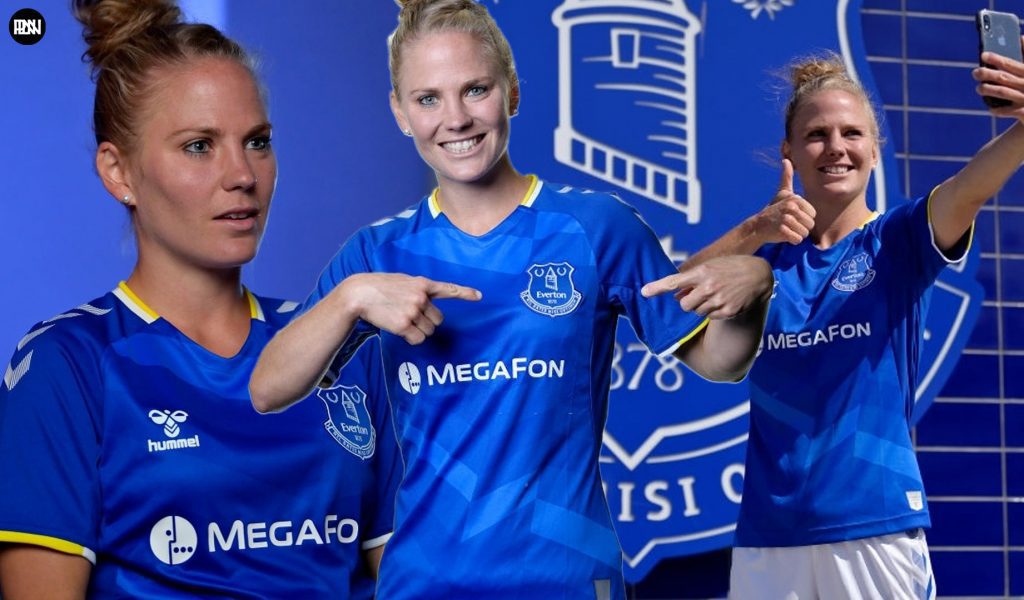 Everton have completed the signing of German international Leonie Maier on a two-year deal following the conclusion of her contract with Arsenal WFC. The 28-year-old defender is a seasoned star having been part of Germany’s 2013 UEFA European Championship-winning campaign and the gold-winning team at the 2016 Rio Olympics. Maier also helped Bayern Munich win two Bundesliga titles during her stint with the German club.

Despite having established herself as a serial winner at the club and international level, the right-back failed to cement her place at Arsenal since her arrival in the summer aof 2019. Maier made 25 appearances for Arsenal in the Barclays FA Women’s Super League and was also a part of the team which reached the quarter-final stage of the UEFA Women’s Champions League in 2019/2020. Additionally, the right-back managed to make only 12 appearances last season, of which she started only six games.

Leonie Maier is Everton’s fifth signing of the summer as the club look to closing the gap and securing a top-three finish next season. With the club’s former right-back Ingrid Moe Wold having announced her retirement, Maier is expected to be the club’s starting right-back next season. The German international not only brings with her a wealth of experience but also the winning mentality which will be crucial for Everton’s ambitions going into next season.

Since her international debut in 2013, Maier has been a regular part of the squad’s achievements having established herself as a senior star, at both, the club and the international level. Her time at Bayern Munich saw her develop into a formidable right-back, possessing the ability to only make runs into the final third but also consistently provide crosses owing to her technical ability on the ball – Maier made 92 appearances for Bayern Munich before moving to Arsenal.

Additionally, Maier possesses the much-needed experience of winning trophies at her new club. Speaking to evertonfc.com, the team’s manager, Willie Kirk, highlighted the importance of the signing and the wealth of experience she brings at the club. “…she is a player who is experienced at international level and has won trophies in the past …Leo ticks all those boxes and more,” adding, “An Olympic gold and a Euros winners’ medal in her back pocket, those experiences are going to be crucial to us in terms of our pursuit of silverware.”

Having been part of a successful Bayern Munich side – winners of the Frauen-Bundesliga in 2014/15 and 2015/16 – Maier is a remarkable addition to an ambitious Everton team. The Toffees secured a fifth-place finish (32 pts.) in the WSL last season, 16 points behind third-placed Arsenal. Additionally, the squad displayed decent stats, finishing the season having conceded only 30 goals – fifth-best in the league – and keeping seven clean sheets.

In a team built on possession play, Maier is a welcome acquisition to the squad. With the club keen to secure a top-three finish, the German’s international triumphs, as well as domestic achievements, will be a vital addition to a promising Everton squad going to next season.

Liverpool have placed West Ham winger Jarrod Bowen on their radar as Jurgen Klopp looks to add more firepower in the frontline
Leon Bailey to Aston Villa: What does the Jamaican winger bring to the table?
To Top