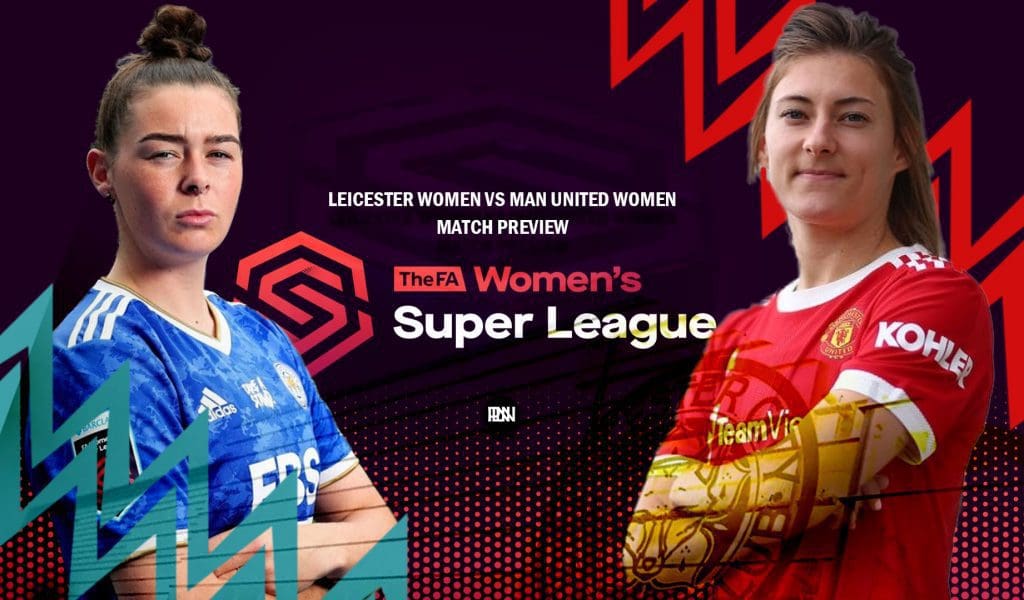 On Sunday, Leicester City Women host Manchester United Women at the King Power Stadium for their first-ever home Women’s Super League match. After losing their opening game of the season, the Foxes will be seeking to pick up their first points of the season, while Man United will be aiming to keep their winning streak going.

At Banks’s Stadium, last Saturday, Jonathan Morgan’s WSL newbies were doing quite well, with Natasha Flint netting the team’s maiden top-flight goal, handing her club a half-time advantage over Aston Villa. In the second half, though, Villa came back with two quick goals from Sarah Mayling and Remi Allen, with only a minute between their efforts. Despite the 2-1 setback, Morgan was pleased with his team’s performance, claiming that they controlled major stretches of the game. However, the team was dissatisfied with the way they surrendered the second goal, such shortly after the home team had equalised.

The WSL’s new side faces a significantly bigger test in hosting Marc Skinner’s side to the King Power Stadium, given the Red Devils’ league place last season as opposed to last week’s opponents Aston Villa, but Leicester has had recent success over Man United. In May, the Foxes journeyed to Leigh Sports Village to meet Casey Stoney’s club in the FA Cup fifth round, where the Foxes recovered from behind two times to beat the Mancunian outfit 3-2 and advance to the quarter-final.

Last Friday, Manchester United marked off a new period for women’s football in England live on Sky Sports, and they produced a fantastic show for the cameras, winning 2-0 against Reading. Skinner’s team restricted the opponents’ attempts against Mary Earps’ net and sealed their own attempts with goals from Kirsty Hanson and Ona Batlle at the opposite end of the pitch.

Skinner’s debut competitive match in command of Man United came against the Royals, and he remarked afterward that he was delighted to see his team coming together, something he hopes to carry into this weekend’s meeting against Leicester. Man United will have to respect their opponents while also focusing on how they might attack any Leicester vulnerabilities, which is something the Red Devils’ manager is aware of.

Man United enjoyed 10 games unscathed in the WSL at the start of the 2020-21 season, from September to January, and they will be seeking to continue that streak this season with a win against the Foxes on Sunday.

Abbie McManus, Georgia Brougham, Molly Pike, and Jessica Sigsworth all made their competition debuts last weekend for Leicester City. The Foxes used a 3-5-2 shape, and Flint will be pleased to have scored in the Premier League after a productive scoring season in their promotion-winning campaign last season. Last weekend, all three members of the back three – Brougham, McManus, and Samantha Tierney – were given yellow cards, and they will need to better their conduct in the hopes of avoiding suspension.

After a busy summer of activity representing the Netherlands at the Olympics, Jackie Groenen arrived off the bench for Man United last weekend, but she could get her first start for the Red Devils this Sunday. With no fresh injury reports, Skinner will be able to choose from the same lineup as last week, and the front three of Hanson, Ella Toone, and Leah Galton are mostly expected to keep their spots. A lot of Red Devils have been summoned to represent their country next week, highlighting the squad’s quality, which ought to be evident versus Leicester.

Can the Foxes pick up their first ever win in the WSL?

Last Saturday, Aston Villa emerged from behind to defeat Leicester City 2-1 at the Banks’s Stadium in their Women’s Super League debut. Natasha Flint’s 39th-minute score had given the recently promoted side the lead at halftime, although with the assistance of Villa goalkeeper Hannah Hampton. Carla Ward’s players answered with two rapid goals in the second half, the first coming from Sarah Mayling’s fantastic free-kick, and the second coming from captain Remi Allen’s close-range shot (64) to secure the win.

Despite the loss, Jonathan Morgan was happy with the Foxes’ performance in their first ever WSL game. They will be aiming to pick up a win against a strong United side whom they did manage to beat 3-2 in last season’s FA Cup fifth-round fixture. It will be a tough fixture for the Leicester women and they will be aiming to capitalize on any of the Mancunian side’s mistakes if they want to pick up a win.

Another dominant display on cards for the Red Devils?

Manchester United Women’s WSL season kicked off with a 2-0 win against Reading Women, thanks to goals from Kirsty Hanson and Ona Batlle in each half. Ella Toone, who began the match as a false nine, dropped deep to send a brilliant pass through for Hanson to tuck in for the division’s first goal of the season six minutes prior to halftime.

United had begun the second half hesitantly and could have been pulled behind six minutes later when Brooke Chaplen’s drive from just inside the box rumbled off the inside of the crossbar and appeared to cross the line before rebounding clear.

United escaped with a clean sheet without the benefit of goal-line technology, and three minutes later left-back Batlle added a second from the edge of the box to add to the Royals’ misery. The hosts would have scored more had debutant substitution Martha Thomas not pulled her close-range shot wide following a defensive mix-up, but the victory was good enough for new coach Marc Skinner in his maiden encounter in command at the Leigh Sports Village.

The game was pretty much dominated by United aside from a few Reading chances here and there. They will be hoping to sail through the Foxes come Sunday in a similar way to how they did against Reading.

Jess Sigsworth adds a lot of intensity to the game, giving everything on the field, and will undoubtedly battle Flint for the club’s highest goalscorer. She made 66 appearances for Manchester United, scoring 26 goals in the process, and claims she transferred to Leicester due to the sheer vision of the club. She will be coming up against her former side for the first time since leaving the Leigh Sports Village during this summer window and will surely be hoping to help her new club secure their first ever win in the top flight of English women’s football.

The midfielder netted six league goals in 2020-21, although her final season at United was overshadowed by the additions of Tobin Heath and Christen Press. She is vital to United’s future because she lights up the field and is devoted to the club. She was excellent against Reading in United’s first game without even contributing to a goal. Leicester will definitely have to look out for her if they want to keep the Red Devils at bay on Sunday. 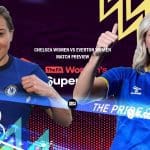 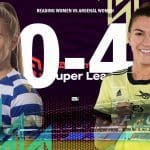