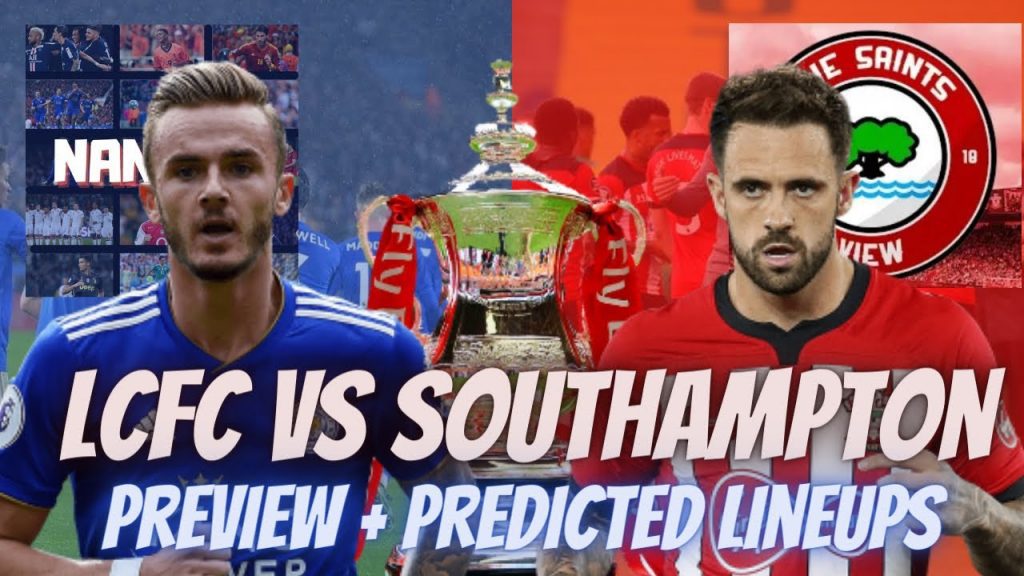 It’s the FA Cup semifinal and it is yet another fixture for fans of both clubs as well as neutral fans to see a game of exciting and attacking football in the oldest national football competition in the world. Leicester City takes on Southampton at the historic Wembley Stadium on Sunday. As 4000 locals will be allowed in the stadium, it will give added motivation to both teams. Leicester City are looking to win their first ever FA Cup, while Southampton hopes to make it two and add to their 1976 shock final win over Manchester United.

The Foxes have been in a mixed run of form so far this season, and although their league position is proof of all the work manager Brendan Rodgers has done, they have somewhat trailed off in the last few weeks. After the strong 3-1 win over Man United in the FA Cup quarterfinals, Leicester have lost two games in a row, both in the league to Man City and West Ham United. Irishman Brendan Rodgers will be hoping that his team regains their earlier form, the form that has seen them compete for the UCL spots for next season. He will be more than desperate to win a trophy to end his season on a high and give the Foxes fans a first-ever FA Cup title.

Southampton progressed to the semi-finals after a fairly easy 3-0 win over Championship club AFC Bournemouth. However, most fans will be having flashbacks of one of the most humiliating nights in their history, when Leicester City visited the St. Mary’s and defeated the Saints 9-0 in October 2019. Manager Ralph Hasenhuttl will be seeking revenge and what better stage than the FA Cup semi-finals to do it. The Saints have reached a semi-final of a major tournament for the first time since 2018 and the last before that was 2003. Southampton comes into this game having lost 3 of their last 5 games in all competitions including last week’s 3-0 defeat at the Hawthorns against West Brom in the league. After being on top of the league in mid-November, Southampton’s form fell drastically and they now find themselves in 14th place.

Leicester City manager Brendan Rodgers left out James Maddison, Hamza Choudhury and Ayoze Perez in the defeat to West Ham for breach of coronavirus rules, and all three could be back in the squad and back in contention in the starting lineup. However, midfielders Harvey Barnes and Cengiz Under will remain sidelined with long-term injuries. Defenders James Justin and Wes Morgan are also expected to miss out with injuries. Turkish centre-back Caglar Soyuncu has returned to England after isolating in Turkey, as he had tested positive for COVID-19. It remains to see if he will be included in the squad.

Southampton will be without on-loan forward Takumi Minamino, as he featured for Liverpool in the cup this season. Midfielders Orio Romeu and Will Smallbone, forward Michael Obafemi and defender Sam McQueen are all expected to miss out with injuries.

Jonny Evans has been a rock at the back for Leicester this season and has been rarely affected with the frequent injuries to his various partners at the back. He has been consistent this season for Leicester. Danny Ings has rediscovered himself since his move to Southampton from Liverpool and has 10 goals so far this season despite his season being hampered with injuries. He was the joint 2nd top scorer last season and has is a danger whenever he plays. Evans and Leicester will be wary of the threat he poses.

This will be one of the most exciting battles to look for on the pitch. Ward-Prowse has an eye for a pass and also is a threat because of his long shots. It will be interesting to see how Ndidi closes down the Saints midfielder as leaving him with even a little bit of space could prove dangerous. Ward-Prowse will have to also battle with Ndidi’s midfield partner Tielemans and it could be a tough night for the Englishman. However, his threat from set-pieces is known far and wide and Leicester City will be careful not to commit any silly fouls in the dangerous areas that could give the Saints midfielder a chance.

Iheanacho is certainly a man on form right now, scoring 8 goals in the last 5 games in all competitions. The Saints centre-back Jan Bednarek will have to be careful with the Nigerian forward, who is fast and can leave defenders trailing with his speed. Bednarek will have the help of his ever-present partner Jannik Vestergaard, although he will have his hands full with star striker Jamie Vardy. Iheanacho is in hot form right now and he seems the overall favourite in this battle and will certainly be tipped by many to send Leicester to the final with his goalscoring exploits.

It is a pretty even game on paper and it seems like an edgy game. However, Southampton have not been in the best of forms right now and Leicester City will be more than happy to take advantage of the Saints’ injury problems and dump them out of the competition solely on the basis of their attacking prowess. 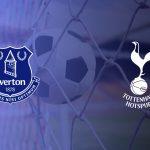 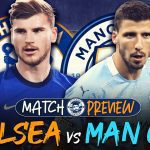 Chelsea vs Manchester City: Guardiola to make it to yet another final or is Tuchel’s time now?
Leave a comment