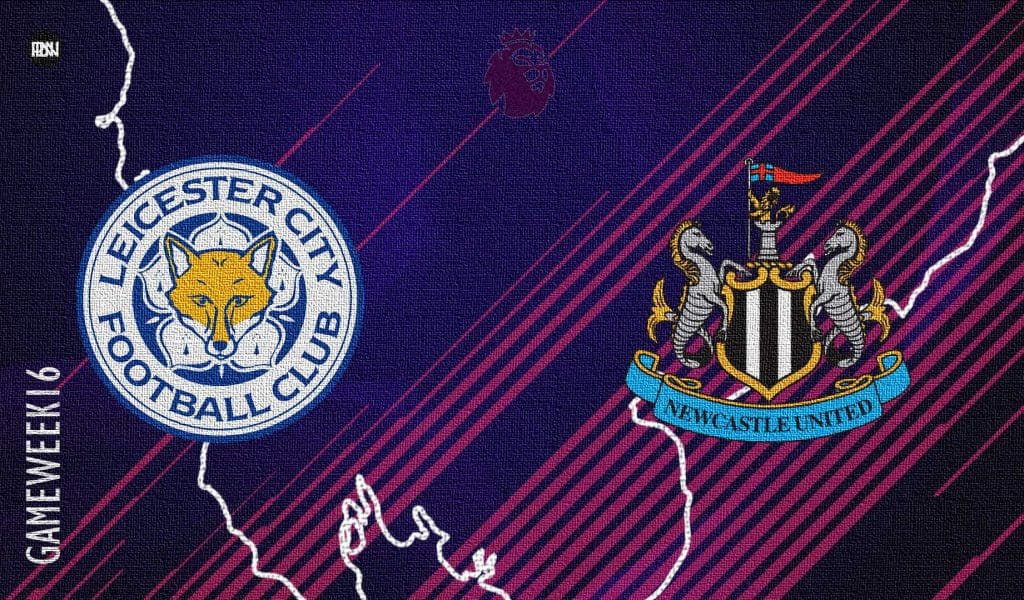 Leicester City will play host to Newcastle United at the King Power Stadium on Sunday afternoon, in their next Premier League outing. Brendan Rodgers’ Foxes dropped to the bottom half of the standings after winning only one out of their last six league games, and will go head-to-head against Eddie Howe’s Newcastle side who climbed out of the bottom spot only recently.

After finishing the season at the fifth position for two seasons in a row and winning the FA Cup last season, this season was supposed to be the next step forward for the Foxes. But in reality, it has been anything but – as Leicester looks like a shadow of the team that they were over the past couple of seasons. The Foxes have struggled with consistency and their issues at the back, as they sit in 12th position on the standings with a total of 19 points from their 15 games so far.

Their Europa League campaign ended in mid-week as they crashed out into the newly-created Conference League, a tournament that Rodgers does not rate very highly judging from his post-match comments. Despite still making an impact in the final third, it is their defensive issues that has held them back: Leicester have conceded at least twice in their last four top-flight games.

The aforementioned statistic will encourage their visitors, who moved out of the bottom spot last weekend after a win over Burnley. A Callum Wilson goal helped the Magpies earn their first win of the season, ending a winless streak of 14 league games: and also helped them to within three points of safety with 10 points to their name. It was also the first win under the management of Eddie Howe, and the Magpies will hope to build on from the positive result last weekend.

The hosts will miss a list of players due to coronavirus and illness, forcing Brendan Rodgers to start a number of players who started in mid-week against Napoli. Jamie Vardy who played the entirety of the Napoli loss could drop out in favour of Patson Daka, while Boubakary Soumaré could come back into the team to strengthen the midfield. Luke Thomas will also hope to be back in the team to replace Ryan Bertrand at left-back after missing the mid-week outing.

As for the visitors, it would not be a surprise to see Eddie Howe stick to the combination that helped get their first league win of the season last weekend. However, the Magpies could go for a more cautious and conservative approach against the Foxes, as a more defensive-minded player in either of Matt Ritchie or Jacob Murphy could come in to replace Miguel Almiron on the flank.

Newcastle have had the worst away record in the league this season, having yet to win on the road: and they will hope to break that trend at the King Power on Sunday afternoon. However, it must be noted that Leicester have been average at home this season as well, having registered only 10 points from their seven games played at home. Both the teams are stronger in attack than at the back, which means that a high-scoring encounter could be on the cards. While one can expect the Magpies to lead at one point of the game considering they are looking like they have turned a corner, Leicester should have enough firepower in their ranks to see them over the line. The Foxes will hope to get some control over the contest by winning the second balls in midfield, and shut down any chances of any sustainable spells of possession for the visitors. The game is likely to be decided by whichever team allows the least amount of chances conceded.

In the likely absence of Jamie Vardy in the starting eleven, the hosts’ key player for this weekend is Belgian midfielder Youri Tielemans. The midfielder has been key to the Foxes’ fortunes since joining the East Midlands club in 2019, and is often his team’s chief creative outlet from the middle of the pitch while also getting a fair share of goals for himself: Tielemans has already scored three goals and has had an assist this season. It is no coincidence that the Foxes’ bad patch this season coincided with the time that Tielemans found himself sidelined from action with an ankle injury: and his return to action against Napoli was treated with major enthusiasm from the Leicester faithful. Tielemans will hope to dictate proceedings this weekend, in order to provide the Foxes with enough control of the game to earn them a win to get their season back on track.

The visitors’ main man is none other than their top marksman Callum Wilson. The English forward has been one of the few bright spots about a dull season for the Magpies so far, having scored six goals in the league already in 11 games. It was Wilson’s late matchwinner against Burnley last weekend that sealed three points for Newcastle for the first time this season, as the former Bournemouth man’s reunion with his former boss Eddie Howe has got off to a decent start: Wilson has scored in each of the Magpies’ last two Premier League goals. A goal scorer who is adept at getting behind defenses and is good in the air as well, Wilson is the Magpies’ best attacking outlet: and will hope to be fed with some good service by Allan Saint-Maximin. If the Magpies are to get anything out of the fixture, Wilson has to step up to the task once again.