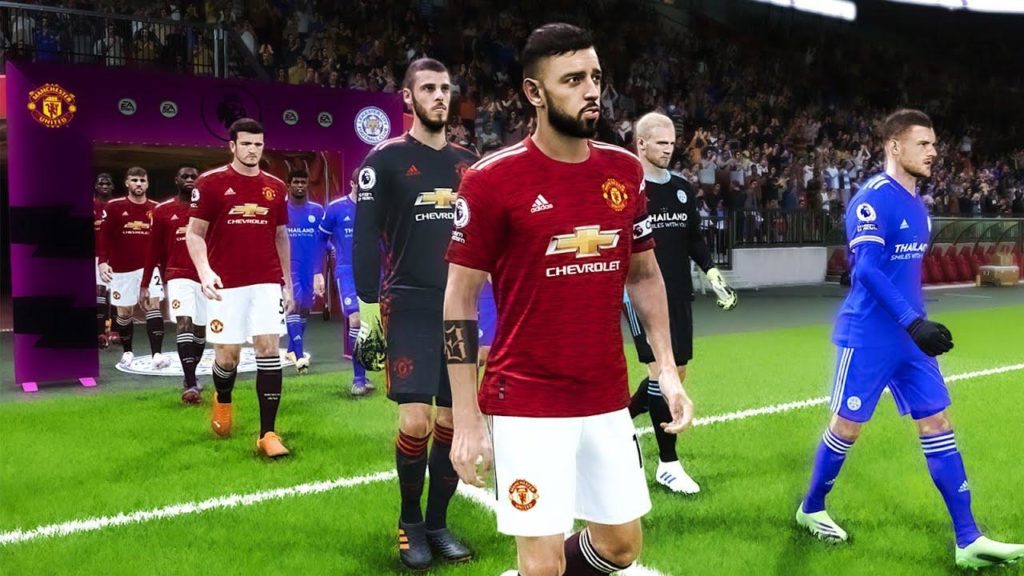 26th December or popularly known as Boxing Day is a widely anticipated fixture in England’s footballing calendar, famous for its history of producing fascinating results and exciting football. Leicester City host Manchester United in a game that will either give United a lead by 2 points (with a game in hand) over the Foxes or will allow the Foxes more breathing room as they get 4 points clear of United.

Leicester have had a fairly average home record in the league, winning 3 out of 7 games as compared to United’s scary away form having won all 6 of their away games. Following early slip-ups like embarrassing losses versus Crystal Palace, Spurs and Arsenal and a stalemate versus Chelsea, United find themselves 3rd in the league, just 5 points off leaders Liverpool with a game in hand. Manchester United’s season has been entertaining, to say the least, with comebacks versus Southampton, Everton, Sheffield and West Ham and comprehensive wins versus Leeds and RB Leipzig.

Soyuncu might make his return from a groin injury versus United, giving Rodgers the option to revert to a back 3 in front of goalkeeper Kasper Schmeichel, with the Turk joining Fofana and Jonny Evans in the heart of the defence, flanked by wing backs, James Justin on the right and Albrighton on the left. If Rodgers decides to rest Soyucu, Christian Fuchs is fully capable of playing a commanding role. Ndidi and Tielemans would play just in front of the defence with the Nigerian’s defensive abilities and the Belgian’s passing and shooting prowess making them valuable assets to the team. The front three would be Jamie Vardy on top with James Maddison and Harvey Barnes on either side, an attack force capable of wreaking havoc when in top form.

Ole Gunnar Solskjaer fielded a fairly rotated squad versus Everton in the Carabao Cup and will most likely return with Anthony Martial up top despite Cavani’s impressive cup match. Daniel James will be benched in favour of Mason Greenwood for the right-wing, and Marcus Rashford will play his usual role as an inverted forward on the left flank. The backline will remain unchanged with De Gea in goal, just behind Luke Shaw at left-back and Wan-Bissaka at right-back, both on either side of centre back pairing Maguire and Lindelof. In spite of leaving the field prematurely versus Leeds and missing the game versus Everton, McTominay will return to the squad in the usual double pivot with Fred, just behind talisman Bruno Fernandes.

This match should be a fairly close one, with both teams having impressive attacks and great recent form. It will, however, be a crucial match in the title race and is a must-win for both camps as they take on each other for the lunchtime fixture.