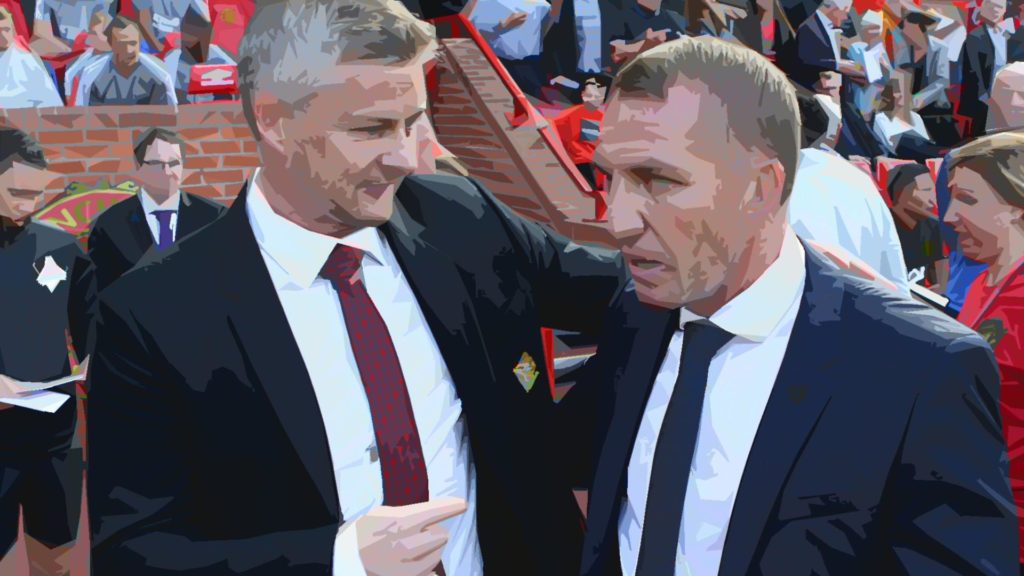 The top-four drama has made it to the last day where everything is on the line. Leicester City host Manchester United on the final day of the Premier League. They both will be looking to secure top four finishes whereas Chelsea will face Wolves at the same time.

The Foxes stand fifth in the table currently, just one point behind third-placed United and fourth-placed Chelsea. Leicester looked destined to finish third as the games restarted but a poor form post-lockdown has put their hopes of a top four finish in jeopardy. A win or a draw could potentially see them climb up into the top four.

Manchester United salvaged a draw against West Ham United in their last outing. They looked very scrappy and tired against an in-form Hammers team. They will  have to pick up their form and will have to perform better against Leicester if they want to qualify for the Champions League.

Here are the five key difference makers who could make the difference for their teams:

Jamie Vardy has been in phenomenal form for Leicester this season. The 33-year-old is the current Premier League top scorer, netting a whopping 23 goals in the league so far.
Despite Iheanacho’s recent performances, Brendan Rogers will stick to Vardy in his starting lineup, who continues to be their most reliable forward. The striker has not been in the best form this year and will be looking to make an impact in the final game of the season.

Anthony Martial has enjoyed his best form in the Premier League this season. The Frenchman has scored 17 goals and assisted six for his teammates this season. He has been in a great form post-lockdown and will be looking to continue the same. The signing of Bruno Fernandes has really helped him enhance his play. He has been arguably United’s best player since the restart. His linkup play with the Red Devils’ attackers will be important for United to score goals.

Jonny Evans has formed a rock solid partnership with Caglar Soyuncu in the Leicester defense this season. The 32-year-old has made 35 appearances in the league for the Foxes this season keeping 13 clean sheets. With Soyuncu serving a three-match suspension, Evans is expected to be deployed alongside Wes Morgan and Ryan Bennett in a three-man defense on Sunday.

Harry Maguire has been rock solid for United this season. He is considered to be one of the most important part of this team if they finish in the top four after a rollercoaster of a season. However, he has made a few mistakes since the restart and his composure will be important for United to keep a clean sheet.

Perez was signed by the Foxes in a £30 million transfer from Newcastle last year and has made an immediate impact this season. The Spanish forward has quickly taken to the Leicester play style, providing some much needed creativity and quality to their attack. The 26-year-old has started most games from the right-wing, occasionally drifting inside and switching positions when needed, making him extremely versatile and unpredictable.

Mason Greenwood has taken the league by fire this season. He has arguably been one of the best players for Manchester United and has put out consistent performances since the restart. He has scored ten and assisted one goal this season which is an excellent tally for an 18-year-old in the Premier League.

Harvey Barnes has undoubtedly been Leicester’s most exciting player to watch this season. The 22-year-old has been heavily involved in Leicester attacks, scoring six goals and setting up eight others in the league. The Leicester academy graduate has made the left wing spot his own, and has formed an excellent partnership with James Maddison and Ayoze Perez in his first full season in the senior squad. He has replaced Demarai Gray as the starter and is an important player as Leicester face an injury crisis.

Marcus Rashford has been excellent this season. He has scored 17 and also assisted seven in the league this season. The player averages 0.59 goals per game and is in the running for the PFA Team of the Season. He is important part of the United front four and has been arguably the best player this season for the Red Devils.

Ndidi has been a key member of Rodgers’ squad at Leicester, and has developed into one of the Premier League’s best defensive midfielders. The Nigerian international has made a whopping 123 tackles in the league this season, second only to Manchester United’s Aaron Wan-Bissaka. Ndidi is an absolute tank in the Foxes midfield and it will be interesting to see him face-off against his counterpart Nemanja Matic in tomorrow’s game. He has arguably been the best defensive midfielder in the league this season.

Nemanja Matic has revived his career this season. With the likes of Paul Pogba and Scott McTominay getting injured through the season, the veteran midfielder has taken up his role in an excellent manner. He has become an important player in the starting eleven and is important to the Red Devils’ shape and control of possession.