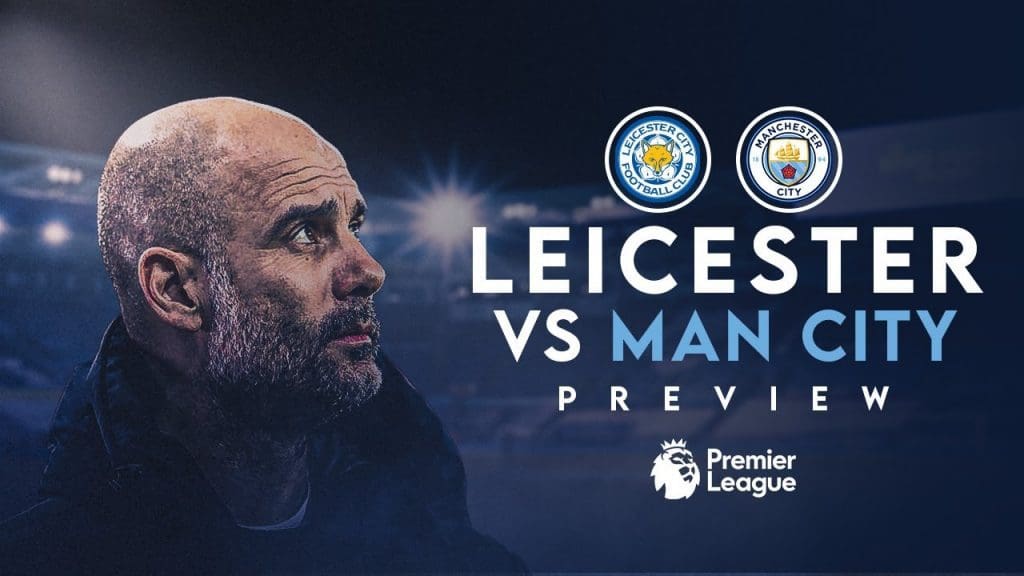 After a long 2 weeks, the international break finally comes to an end on Saturday and all fans will be more than excited to see their heroes back in action for their favourite clubs. Club football is back with a bang and it brings us a very tasty clash in the Premier League between runaway league leaders Manchester City who make the trip to the East Midlands to take on 3rd placed Leicester City on Saturday.

Leicester City, who beat Manchester United in the FA Cup quarter-finals, just before the international break will be looking to beat Man City on Saturday and put a bump in their title romp. The Foxes beat City in the reverse fixture back in September 2020 at the Etihad Stadium with a more than convincing display, defeating the leaders 5-2.

They will be looking to complete the double over the Citizens for the first time since the 1986-87 season. Brendan Rodger’s men were in fine form against City and have hit form at the right time before facing City on the weekend.

Manchester City last won away to Everton in the FA Cup quarter-finals and progressed to the semi-finals where they will face Chelsea. The league leaders are unbeaten in 4 games since losing in the Manchester derby and have just conceded 2 goals in that period and have scored 12 goals.

A Pep Guardiola-coached side conceded 5 goals for the first time and he will be looking to extract heavy revenge against Brendan Rodger’s men. However, an all-important Champions League quarter-final clash against an in-form Borussia Dortmund is just around the corner and we could see a changed line-up. With City at almost full strength, it looks like a fiery battle is about to take place at the King Power Stadium on Saturday.

Leicester City have been ravaged with injuries this season and had several key players on the sidelines for the FA Cup game against Man United. It seems as if the problems are set to continue, with defender James Justin and midfielder Harvey Barnes definitely ruled out.

However, defenders Ricardo Pereira and Wes Morgan, midfield hero James Maddison and on loan Turkish midfielder Cengiz Under all face fitness tests and could be welcomed back to the squad. Dennis Praet made his return to the squad for the FA Cup clash after being injured for a long time and got some much-needed minutes in the international break for Belgium.

Manchester City have surprisingly no injuries in the squad, a rare sighting in this hectic season. City announced recently that their record goal-scorer Sergio Aguero is to leave them at the end of the season, and he will be looking to play as much as he can in his remaining time at the club.

With the UCL quarter-final in midweek, we could see Aguero getting a start. Pep, who has never been afraid to chop and change the lineup, has a full-strength squad at his disposal and several key players could be rested for the weekend. Man City has a mighty 14 point lead over 2nd placed Man United and will not be afraid to rest their players for the game.