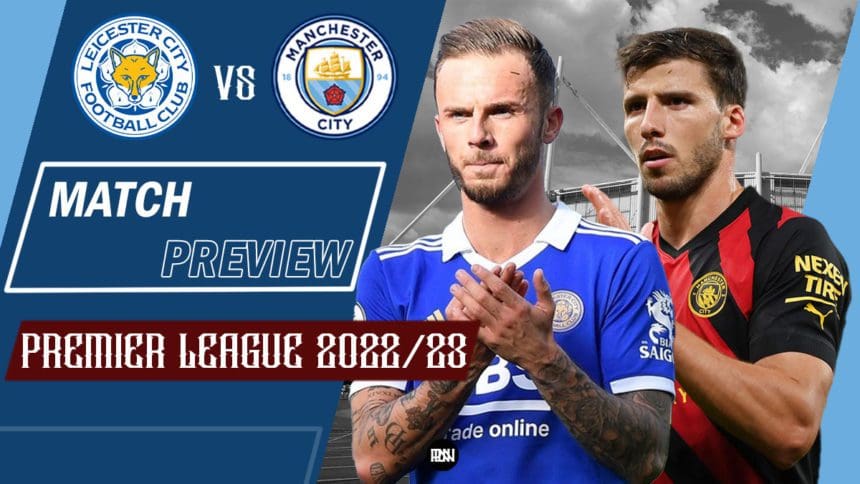 Premier League Champions Manchester City travel to the midlands to face Brendan Rodgers’ struggling Leicester City. The home team are finally gaining momentum as they thrashed Wolves by four goals to nil last week. But the relegation fears remain with fixtures getting tougher before the World Cup.

Manchester City, meanwhile, bounced back after their defeat at Anfield with a convincing 3-1 victory over Brighton & Hove Albion. The win was followed by a draw against Borussia Dortmund, and they will look to finish on a high before the break. This fixture has produced some entertaining games in the past and could certainly continue to do so this time around as well.

Brendan Rodgers will be without Jonny Evans, Ricardo Pereira, and Ryan Bertrand for the weekend. Evans, however, could return to training this week. Wilfred Ndidi is in contention to make a start on Saturday and will be an enormous boost for Rodgers if they are to beat Manchester City. Jamie Vardy has been a thorn in Pep Guardiola’s side as he has scored plenty of goals against them. He could start ahead of Patson Daka once again.

Erling Haaland was substituted in halftime against Dortmund due to a knock on the feet. Although he was cleared of any serious damage, Guardiola might look to rest him with Julian Alvarez waiting for his opportunity. Likewise, Joao Cancelo was also hooked off at halftime and the manager revealed he was suffering from influenza, but he should be declared fit for the game. Kyle Walker and Kalvin Phillips remain sidelined while John Stones made his return from a hamstring injury in the Champions League tie. Manuel Akanji was rested in the midweek and may start ahead of Stones at right back.

Leicester City conceded several chances against Wolves, but Danny Ward’s revival in the recent week has been much needed. They were clinical on the other end of the pitch with Harvey Barnes, Jamie Vardy, Kiernan Dewsbury Hall, and James Maddison running the show. Rodgers’ trust in his structure has paid dividends and their recent results have certainly negated any relegation fears.

Maddison is vital to the side as he drifts inside from the right side with Timothy Castagne maintaining the width. This creates an overload in the central areas and, combined with Maddison’s creativity, Leicester are more than capable of creating quality chances. With that said, the defense led by Wout Faes have also improved dramatically in the last month.

But Manchester City poses a tough challenge, and the center-backs have to be on top of their game to contain their dangerous front five. Rodgers could instruct his midfield to get tight to Man City’s and prevent De Bruyne from making overlapping runs and contain his arrival into the half spaces.

Erling Haaland has been full of goals for Manchester City, but without him, they seem to struggle for goals. Surprisingly, they have not scored in their last three away games and Haaland missed most of the minutes in those games. Guardiola, though, will have a blueprint ready to tackle Leicester.

Bernardo Silva and Jack Grealish have formed an excellent combination on the left and they will rely on this if their opponents look to block De Bruyne’s space on the right. Last time out at the King Power Stadium, Man City’s left side caused damage, with Silva’s under-lapping runs dragging the center half out of position. And if Leicester looked to mark Silva’s run by using a midfielder, Cancelo was in acres of space to dictate the play from an inverted fullback position. So, it will be interesting to see the approach used by Rodgers to solve this issue.

James Maddison has been Leicester’s bright spark in a rather poor season. 6 goals and 2 assists in 10 starts are excellent numbers and he will look to continue his fine form against Manchester City. Brendan Rodgers will rely on his creativity in transition and Jamie Vardy’s pace upfront. This combination could serve problems for Guardiola.

The king of assists is having another season to remember as he has already raced to 9 assists this campaign. His partnership with Erling Haaland has been telepathic, and if given the space to operate, Leicester will undoubtedly face the wrath of the Belgian. Even when De Bruyne is not performing up to his standard, he has the potential to unleash something out of nothing, which could leave the opposition stunned. 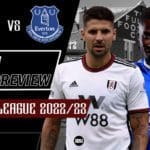 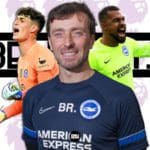