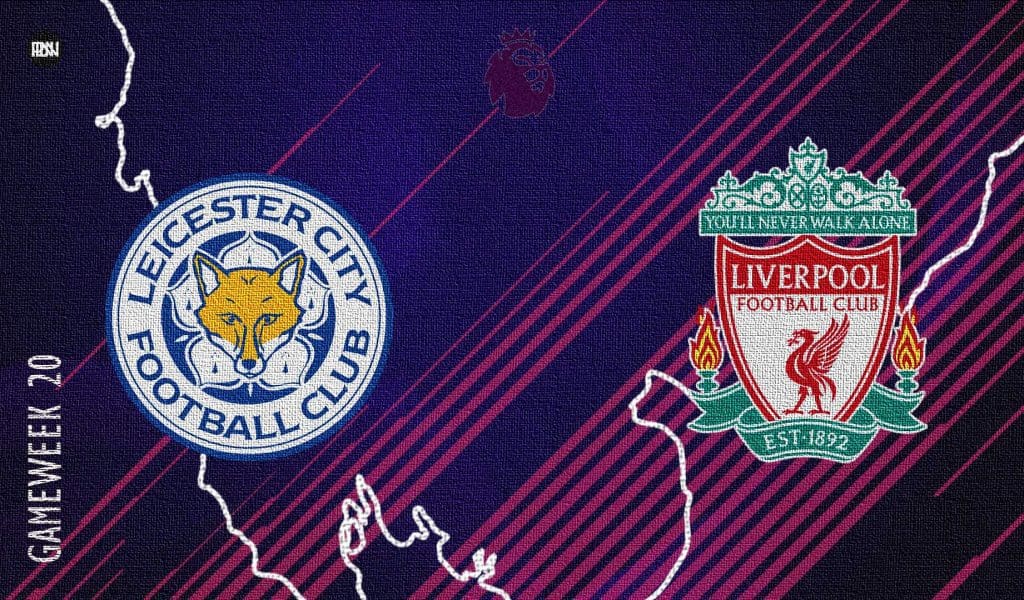 After a thrilling round of Boxing Day fixtures, teams are right in the middle of the most hectic period of the season, and the football action does not stop anytime soon. Clubs will play their second game in three days, with the new Premier League gameweek seeing a blockbuster clash in the form of Leicester City, who take on Liverpool at home.

Just last week, Leicester City were involved in a heated and intense Carabao Cup quarter-final game against Liverpool, as they squandered a 3-1 lead and conceded a last-minute equalizer which sent the game to penalties. The Foxes were beaten by Liverpool thereafter, with Luke Thomas and Ryan Bertrand missing their spot-kicks and sending Leicester crashing out. The Cup defeat was followed by a 6-3 drubbing at the hands of Manchester City on Boxing Day. The Foxes conceded 4 in the first half, but seemed to get back into the game in the second half, pulling the scoreline back to 4-3 thanks to goals from James Maddison, Kelechi Iheanacho and Ademola Lookman. However, Pep Guardiola’s men put the dagger in the Leicester City defense as they added two more goals and put the contest beyond doubt. Manager Brendan Rodgers has come under immense pressure now, with the Foxes eliminated from 2 cup competitions in the space of 3 games. The Foxes sit in 10th place in the league as of now, 3 points behind Wolves in 8th, although Leicester have played a game less than Wolves. A top 6 finish seems unlikelier by the day, and a surprise result at home against Liverpool could help ease some worries.

Liverpool were last in action in the Carabao Cup quarter-final last week against the same opposition, with their Premier League game on Boxing Day being postponed due to COVID-19 cases in the squad. As  a result they have a week’s rest now, and the squad will be fully fit before facing the Foxes. Liverpool’s title charge is not going to the plan right now, with the Reds now 6 points behind league leaders Manchester City, following the 2-2 draw against Tottenham in their last Premier League game. Spurs were brilliant in that draw, and Liverpool were lucky to escape with a point, after being reduced to 10 men. The Reds now kickoff a tough period of fixtures with games against Chelsea and Arsenal to come after Leicester City. With manager Jurgen Klopp set to lose out on his important players in Mo Salah, Sadio Mane and Naby Keita due to the AFCON Cup, he will be hoping to get the best out of them till they are here. Liverpool cannot afford to drop points if they want to stay in the title fight, and it will be an interesting watch on Tuesday night.

Leicester City manager Brendan Rodgers will be thankful to come away from Manchester without any more injury concerns- one of the very few positives Leicester could take away from the defeat. Defense quartet of Wesley Fofana, Jonny Evans, Caglar Soyuncu and Ricardo Pereira are set to remain on the sidelines, joined by striker Patson Daka and long-term absentee James Justin. Leicester City are missing a lot of key players, with forward Harvey Barnes and Ryan Bertrand also on the treatment table. It is a tough blow for the Foxes to go into such a busy period of football without so many of their important players.

Liverpool will be without full-back Andy Robertson, following his red card against Tottenham Hotspurs in their last Premier League game. Virgil van Dijk has returned to training along with Curtis Jones and Fabinho after recovering from COVID-19, and could be in contention to start. However, Spanish midfield maestro Thiago is set to be ruled out, with the 30-year-old still recovering from COVID-19 and remaining in self-isolation.

Leicester have had some tough luck lately, losing a plethora of players to injuries just before the most important period of the Premier League season. They have six defenders missing, and with fatigue playing a part now, Brendan Rodgers will have to rotate his team as well. The fixture list has not done the Foxes any favors as well, with back-to-back games against Liverpool in the Cup and Man City in the league, before facing Liverpool at home again in the league. The tight schedule sees Leicester play 4 games in the space of 11 days, and it is no surprise their form has taken a major hit.

The gulf in the defenses of Leicester and top teams like Man City was evident in the first half of their league game on Boxing Day, when the Citizens hit the Foxes for 4 inside the first 25 minutes. The score-line would have been worse at the end of 45 minutes, had it not been for a couple of astonishing saves by goalkeeper Kasper Schmeichel. The prospect of facing a full-strength Liverpool side who have had a week’s rest will be no doubt bone-chilling for Rodgers and his defense department. The attacking trio of Mo Salah, Diogo Jota and Sadio Mane have been devastating this season, and with the support of their dominant midfield, seem like an undoubtedly difficult team to contain.

Brendan Rodgers will have to devise a brilliant game plan and will have to focus on putting lesser pressure on his already weakened defense. Liverpool’s attack has been dangerous and lethal, and the Reds trio will be licking their lips as they prepare for their game.

Maddison scored a goal and had a crucial hand in another of Leicester’s goal last time out against Man City, and was by far the best player for the Foxes on Boxing Day. He has found himself in and out of the team since the start of the season but has started each of Leicester’s last six games in all competitions. He has scored 4 goals and assisted 3 in the last 5 Premier League games, and has re-established himself as the first-choice attacking midfielder in the Foxes lineup. An eventful outing in the Carabao Cup defeat against Liverpool last week saw the Englishman assist one goal and score a magnificent goal from 25 yards out to give Leicester a 3-1 lead in the first half, and he will be hoping to do something on the same lines again on Tuesday night. That marked his fourth game in a month in which he has both scored and assisted, showing that he is in really good form right now.

It feels like the Egyptian scores everytime he takes the pitch, but he was restricted to good measure by Tottenham Hotspurs in their last Premier League game, halting his streak. The forward has taken his tally to 22 goals in 24 games this season in all competitions. His astonishing goalscoring record does not seem likely to stop anytime soon, and he looks set to break many records. His performances this season have been mesmerizing and defenses across the country are surely fearing the prospect of facing the winger. He has a decent record against the Foxes, with the winger playing against them 7 times and scoring 4 times. He has been in devastating form of late and his form will be crucial to propel the Reds to a 20th league title. Salah has provided energetic displays throughout this season so far, and he has destroyed almost every fullback he has faced this season. With Leicester’s defensive woes continuing, and fatigue and injuries playing a big part for the Foxes, Salah could have an easy outing on Tuesday night.

Which teams in the EPL have had the highest scoring games this season?
Ferran Torres to Barcelona: Was he undervalued at Manchester City?
To Top