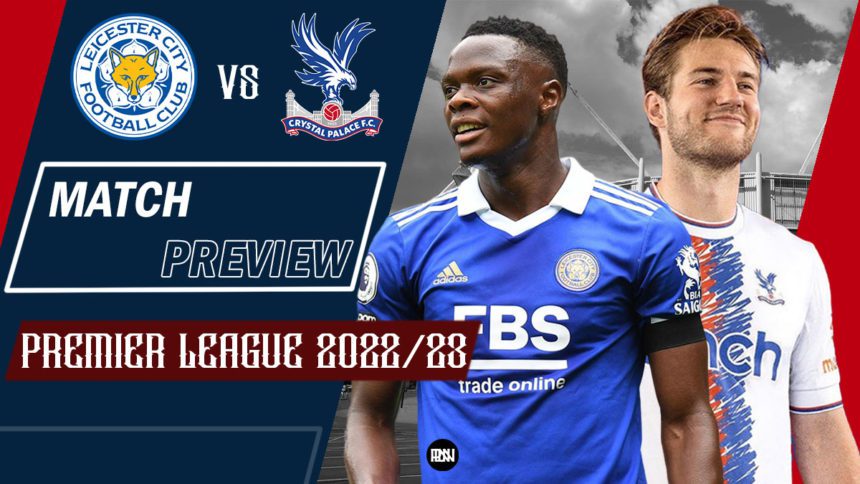 Leicester City will be aiming to climb off the bottom of the table this Saturday at lunchtime when they host Crystal Palace at the King Power Stadium in the Premier League.

The Foxes succumbed to a disappointing 2-1 defeat to a rampant AFC Bournemouth last weekend, while the Eagles recorded a much needed victory over Leeds United with the same scoreline. It’s safe to say, the start of the 2022/23 campaign has been dreadful for Brendan Rodgers and his men and it was compounded even further during last weekend’s depressing second-half performance against South Coast club Bournemouth.

After the Foxes found themselves ahead early in the first half through Patson Daka’s instinctive strike in the 10th minute, looking comfortable for much of the opening proceedings, a rejuvenated Cherries rallied round as Phillip Billing and Ryan Christie took advantage of some poor defending to complete the comeback and hand Gary O’Neil’s side another three points on their impressive run since his interim appointment.

Rodgers is no doubt feeling the after-effects of losing two of his best players at the back in Wesley Fofana and Kasper Schmeichel this summer, with his side shipping a whopping 24 goals, that’s more than last weekend’s opponents whom Liverpool thrashed 9-0 at the back end of August.

After a superb showing in their 4-0 win over Nottingham Forest two weeks ago, the East Midlands outfit rather dramatically failed to build on that last time out. The Foxes have won once, drawn once and lost seven of their 9 Premier League matches so pitting them as the top flight’s basement boys heading into this match week.

Finding the back of the net hasn’t been a problem for Rodgers and his men, though scoring 15 goals in their nine outings – only six Premier League sides have more. It’s towards their own goal where the Foxes are failing to keep them out and in order to prop up the table in the coming weeks before the crucial WC break, Rodgers will need to find a defensive formula giving them the platform to keep clean sheets but ultimately win matches.

Though, Leicester City can take some encouragement heading into this fixture. They have defeated Crystal Palace in their previous three home games, which is more victories than they had in the first seven matches they played against them in the tournament.

On the other hand, it proved a crucial and great weekend for the Eagles faithful last time out grabbing a much needed three points against Leeds United on their own turf at Selhurst Park.

Vieira’s men clawed back from a goal down to triumph 2-1 thanks to goals from Odsonne Edouard and Ebere Eze after Pascal Struijk had handed Jesse Marsch’s men the lead early in the first half.

Now Crystal Palace are looking for their first away league win of the season at the King Power Stadium, where they haven’t won since February 2019 (4-1, with two goals from Wilfried Zaha in a four-goal second half).

Like Leicester, Crystal Palace have struggled for much of the start of the 2022/23 campaign. The win over Leeds United was just their second so far, winning twice, drawing three and losing three, finding themselves in 15th place in the league on nine points and hoping to enter the top half of the table come the 3 pm games on Saturday afternoon.

Again, Vieira will be looking to rid of any inconsistencies in his side if they are to better last season’s 12th place finish, and these are the kind of tests they’ll need to pull through if they are to achieve those ambitions. And, most importantly for Patrick Vieira, Crystal Palace hasn’t lost in the Premier League in their last 12 games against teams that started the day in the relegation zone.

Rodgers may be forced into one significant change this weekend, with Timothy Castagne sustaining an eye socket injury in the defeat to Bournemouth last weekend, which means James Justin may be moved from his role at left-back to right-back, with Luke Thomas coming in as a replacement for the Belgian international.

Tyrik Mitchell should come back into the starting XI at left-back, having been left out in the win over Leeds United last weekend, with Jeffrey Schlupp filling in.

If Leicester City are to gain some much needed points on the board to prop up the table, Brendan Rodgers will need his side to start keeping clean sheets.

The Foxes goalkeeper Danny Ward has only kept the one clean sheet so far this season – their 4-0 win over fellow basement side and Midlands rivals Nottingham Forest but have crucially conceded the most goals out of anyone in the division (24). It almost seems impossible for Rodgers’ men to keep them consistently considering their poor record in conceding from set-pieces, they’ve already conceded the second-most this season (5) after shipping a whopping 19 last campaign – the joint most in the league.

New boy Wout Faes has proven a sturdy addition to the Foxes back-line, already showing his class in numerous moments for his new club. However, it’s unfair for Rodgers to place all his trust and belief in the young Belgian to fix his back-line. The former Liverpool and Celtic manager must find solutions to get his team on the same page, defensively and working as a unit. Whether that means changing formation and shape is another matter entirely, there remains question marks whether Rodgers possesses the personnel to be tactically flexible especially in defence.

Finding such solutions will prove how good a manager Rodgers is, but also could be the telling difference between them propping up the Premier League table, or facing an unnecessary and nervy relegation battle. Clearly, their problem isn’t scoring goals, it’s conceding them and Palace with their newfound exciting setup will be looking to exploit that.

As he did against Chelsea, Patrick Vieira tried Olise and Ebere Eze in midfield against Leeds in front of the dangerous Cheick Doucoure. It worked out well, as Eze scored the game-winning goal. The French boss showed his tactical flexibility against Leeds United, with Jordan Ayew at times operating in the no.8 role, while Olise sat wide on the right. It is an element with which Vieira could look to exploit Leicester’s soft belly in defence, penetrating their back line through Jordan Ayew’s marauding runs and endeavour mixed with Olise’s technical exuberance and both their versatility.

Palace will be glad to have Joachim Andersen back in the fold. The Danish international is an elusive component in Patrick Vieira’s build-up structure from the back and the Arsenal legend will be hoping he can once again form a sturdy partnership with former Chelsea academy graduate Marc Guehi. Both looked strong for much of the second half against Leeds, and will be looking to once again find that much needed consistency as a pairing this season which means both players steering clear of injuries and unnecessary suspensions. It will prove another crucial element of Palace’s 2022/23 campaign.

Leicester City’s undisputed key man and danger man James Maddison didn’t enjoy the best games last time out against Nottingham Forest where he failed to register a goal or an assist to help his side.

However, he still managed to pull the strings for his side, completing 36 of his 41 passes, registering 2 key passes and doing his bit defensively winning six of his ground duels along with two tackles. It’s safe to say, when Maddison plays well, the Foxes do too. Though, for a side possessing the qualities they do, that shouldn’t be the case.

Regardless, the World Cup aspirant is enjoying his best start to a Premier League campaign with seven goal contributions in his eight starts (five goals, two assists). His form despite Leicester’s poor run is only elevating his status as one of the countries best and most decisive creators – something Gareth Southgate is strangely ignoring.

Harry Kane is the only other English player who has been involved in more goals (35) than the 25-year-old since the start of last season in the Premier League (27). Maddison deserves to be on that flight to Qatar. The whole country knows it, so why can’t Southgate?

Eberechi Eze was the standout performer against Leeds United last weekend, bagging his first Premier League goal of the season, but also showcasing why he is one of the most exciting and promising attacking midfielders in the country.

The 24-year-old is excelling within his new role for Patrick Vieira, taking up that free-8 role alongside Michael Olise in a 4-3-3 shape and exerting his creative class and technical excellence alongside Wilfried Zaha.

Against Leeds, Eze registered two key passes, created one big chance, successfully completed two of his dribbles and impressively won nine of his 11 ground duels showing he can indeed do the dirty work alongside his creative efforts in the final third. Palace now possess players who are crucial to their cause, other than just Zaha and Eze is at least one of them, if not the most important.

His marauding runs from deep, excellent link-up play, wonderful vision and capabilities to pick out telling through balls that Kevin De Bruyne would be proud of are all unique weaponry’s in Patrick Vieira’s arsenal. Again, the former QPR man will be a key facet this weekend as the Eagles aim to pick up their first away win of the campaign. 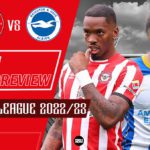 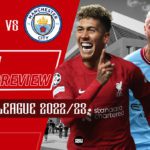