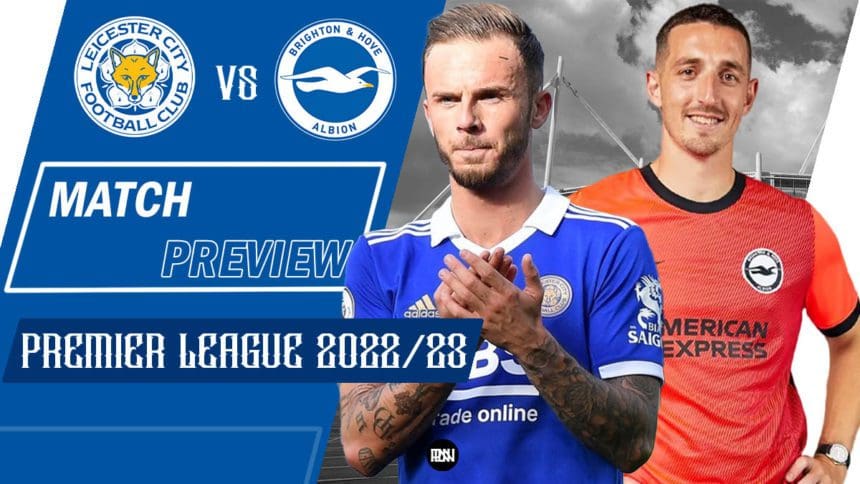 A struggling Leicester City host a captivating Brighton & Hove Albion this weekend as both teams look to gain momentum in their performances moving forward in the season. With the host having struggled for consistency throughout the campaign, the Foxes will be keen on improving their prospects whilst the visitors will look to register their third consecutive league victory having delivered a number of promising displays in recent outings.

With only two points separating them and 18th-placed West Ham United, Brendan Rodgers’ remain in need of significantly improving their points tally moving forward. Low in confidence and struggling to deliver compelling displays on the pitch, the Foxes will be keen on turning a page this Saturday as they move into a challenging run of fixtures over the coming weeks.

On the other hand, having netted three goals past Liverpool last weekend, Brighton will be keen on maintaining their impressive run of results moving forward. With the team having grown in confidence alongside being amongst the most compelling sides in recent weeks, Roberto Di Zerbi’s team will be looking to secure a comfortable three points in their quest to mount a challenge for a European spot over the remainder of the season.

Ricardo Pereira, James Justin, Ryan Bertrand, Jonny Evans, and Boubakary Soumare are expected to remain out of contention for the game on Saturday, although, both Kiernan Dewsbury-Hall and James Maddison are expected to return to the starting lineup facing Brighton. Ayoze Perez’s availability remains uncertain while either Patson Daka or Kelechi Iheanacho are likely to replace Jamie Vardy in attack this weekend.

Levi Colwill and Jakub Moder remain out of contention due to injury while Leandro Trossard has played his final game for the club as the Belgian midfielder moves closer towards joining Arsenal on a permanent deal. Danny Welbeck is likely to return to the starting line-up with Adam Webster set to replace Colwill at centre-back against Leicester.

With both teams in contrasting form heading into the fixture, Saturday’s tie at the King Power Stadium emerges as a pivotal game for both sides. Needing to pull out of a potential relegation battle moving forward, the Foxes remain desperate for three points whilst the visitors will be looking for the same if they are to mount a substantial challenge for a European spot over the coming weeks.

Having struggled in front of goal in recent outings, Leicester will be keen on delivering a compelling display on Saturday. With Rodgers’ side unlikely to retain the bulk of possession, the hosts will be needing to make the best of their set-piece and counter-attacking opportunities if they are to hurt a positive Brighton side this weekend. Additionally, with a number of creative players expected to return to the starting line-up, the Foxes will be cautiously optimistic about securing a favourable result on Saturday.

On the other hand, with only three points separating them and fifth-placed Tottenham Hotspur, Brighton will be keen on continuing to build on their excellent run of results over the coming weeks. Having been dominant in their application; succeeding in utilising the wide areas of the pitch to perfection alongside being potent in transition, the Seagulls will look to secure a comfortable three points against a struggling Leicester side this weekend.

Amongst the bright sparks in Leicester’s squad, Dewsbury-Hall’s return is expected to boost the host’s prospects of securing a favourable result on Saturday. With the wide-midfielder having proven to be vital to the team’s progress in transition on the pitch, the 24-year-old will be keen on making a notable comeback against Brighton.

Accounting for four goals and two assists from his last four league outings, March emerges amongst the players expected to trouble the opposition’s defensive line on Saturday. With the midfielder having been potent in front of goal alongside having established himself as a pivotal part of the manager’s attacking set-up on the pitch, the 28-year-old will be keen on continuing his momentum moving forward into the campaign. 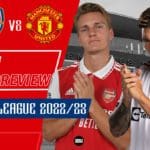 Noni Madueke signs for Chelsea: What will the U-21 Englishman offer the Blues?
Leave a comment