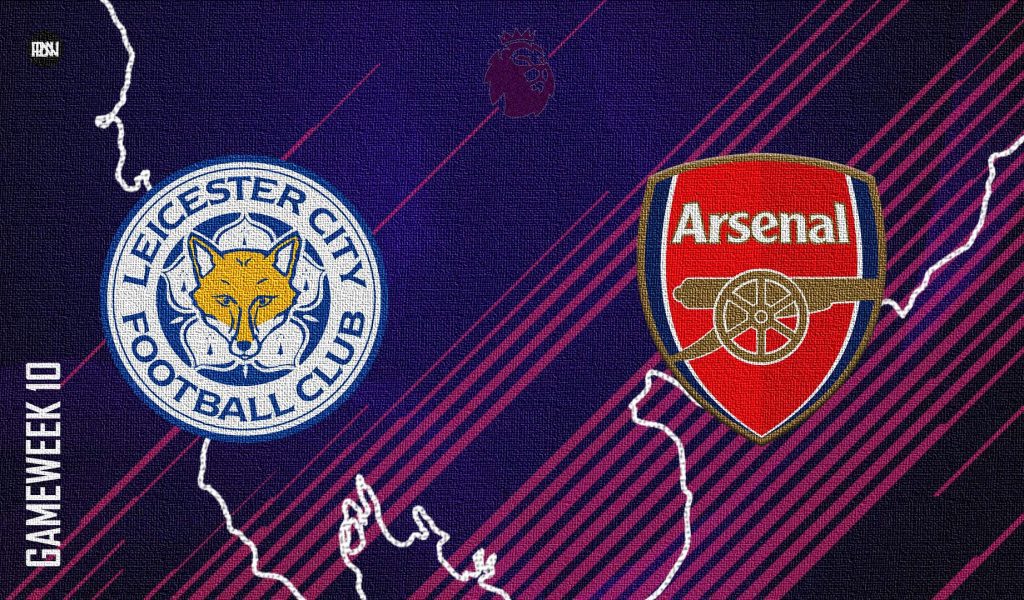 There is an air of uncertainty around this Premier League weekend as the 10th placed team is separated by only a point to the Top 4, while the title-chasing pack of Chelsea, Liverpool, and Manchester City fight their own battle. A game that could include fireworks, however, is the first game of Matchday 10, as Leicester City host Arsenal at the King Power for the early kick-off.

The Foxes started out horribly but have picked up pace since the beginning of October. Although they squandered a two-goal lead to Crystal Palace at the start of the month, they showed their spirit against Man United. The Red Devils, like Palace, made a come-back, but the King Power outfit smashed in two late goals to take all the plaudits. This performance was followed by a resurgent display against an incredible tough Brentford side. Moreover, it would have been a huge boost for Brendan Rodgers that his playmaker James Maddison was amongst the goals again. The Englishman showcased he was one of the most talented youngsters during a coming-of-age performance against Unai Emery’s Arsenal a couple of years ago, which ironically led to the Spaniard getting sacked and Mikel Arteta appointed at the helm of things. Since then, his form dropped off a cliff, but perhaps he still has a lot left in the tank and will now have a chance to vindicate his selection by producing a similar display against the Gunners on Saturday. The Foxes lost this tie at home last season, and those kinds of performances led to them dropping out of the Top 4 on the last day of the season. On the weekend, they will have the opportunity to enter that race again if they win their game and the other results favour them. They will be sure to lay down a marker and will be up for the game, especially after their thrilling mid-week penalty shootout encounter against Brighton in the EFL Cup, which saw them go through to the quarter-final of the competition.

Hot & cold- Mikel Arteta’s side have shown signs of possibly everything one can expect from the 20th placed team to the one that sits at the top of the Premier League. One never knows which side will show up but an important thing the Gunners have managed over the last month is avoiding defeat. It is a mentality they were not privy to for a while, and perhaps some players entered the club in a negative atmosphere. However, those same players are vindicating their manager’s faith in them today and have come a long way –something that was evidenced by their confident performance against Aston Villa last weekend. While that was the case, Arteta must have received some real encouragement when his B side defeated Leeds United in the Round of 16 of the EFL Cup. It is a sign that the entire squad is coming together, a dream he must he would have only hoped of having after losing the first three games of the season horrendously. However, to their credit, they have come out fighting and each player is fighting for a spot in the starting lineup. The competition is bringing the best out of everybody, and the club is finally in some sort of cruise control. Thus, it is important to not take the foot of the gas as Leicester are certainly a team that can punish any opposition for taking them for granted. The Spaniard picked up the club’s victory against the Foxes earlier this year, after failing to do so in his entire tenure. The Gunners are here to prove a point, and given that they have been underdogs for the Top 4, they could make a real push for it this season, especially now that there is no obvious candidate for the fourth slot while the Top 3 are also bound to lose points. It is a big dream but Arteta must have learned by now that very little is impossible and he certainly has the backing of the players. The first step in doing so – the King Power on Saturday.

Brendan Rodgers is likely to host Arsenal with the same squad he travelled to Brentford with a week ago. James Justin has returned to first-team training, but it is too soon to include the young full-back into the proceedings. Wesley Fofana remains out with his long-term injury, while Marc Albrighton and Wilfried Ndidi will also not play a part against the Gunners on the weekend. However, Jamie Vardy, who suffered a slight issue against Brentford, is set to be fit for the game on Saturday and will be looking to torment one of his favourite opponents again.

Rodgers will be pleased with the team news and is likely to field the same team as the one that featured against the Bees.

Mikel Arteta has a lot of uncertainties rather than negatives in his travelling squad to the King Power. Kieran Tierney failed to feature against Aston Villa, but the Scotsman will face a late fitness test ahead of the game against Leicester. Ben White is also an uncertainty due to the knock he suffered against Leeds in midweek and is likely to be assessed over the next hours to ensure if he is fit enough to feature in a high pressing game. Martin Odegaard caught a bug and might also be unable to feature in the starting line up although a place on the bench could be likely. Granit Xhaka remains the long-term absentee for Arsenal.

Arteta is expected to make little to no changes as some key decisions could be made just before the game.

The Leicester ace has been in sensational form yet again this season and is proving why he remains the most expensive transfer in the history of the club. Tielemans was influential for both goals against Brentford as he scored a 2o yard screamer in the first half and followed it up with a deft through ball in the second half to put Iheanacho away, just to square it for Maddison to score into an empty net. The Belgian’s ability to pick apart defences and provide output in the attacking phase is proving to be incredibly useful, and he could be a threat again this weekend. Arsenal have suffered against dynamic midfielders this season, evident by their defending against the likes of John McGinn, Mateo Kovacic, and Ilkay Gundogan this season. Maddison, Vardy, and Iheanacho provide enough threat as it is, and if Tielemans starts to contribute into the attacking forays, it could spell problems for the Gunners.

Arsenal to take the early lead again and play on the counter?

A feature of Mikel Arteta’s side in recent weeks has been their ability to find a goal in the first half an hour of the game and then sitting back and hitting the opposition on the counter. They have managed to do so successfully against Burnley, Crystal Palace, Tottenham Hotspur, and did so again against Aston Villa last weekend. They go full throttle in the opening minutes and bombard the opposition goal with shots. Leicester, in turn, have been prone to having a slow start in games, and the Gunners might take advantage of this situation. The energy and enthusiasm of Bukayo Saka and Emile Smith Rowe, coupled with the industry of Thomas Partey and Albert Sambi Lokonga can create enough chances for Pierre Emerick Aubameyang in the opening minutes, especially now the Gabonese is in red hot form. They can then just sit back and play neutralise Leicester by playing on the counter-attack and putting up a stubborn defence. A win would be a decent result for the Gunners as they look to enter the Top 4 race.

The Englishman was amongst the goals again at Brentford, and he has found his feet at the right time. The former Norwich man had a tumultuous end to last season and also missed out on the England squad for the Euros despite an impressive first-half campaign. Despite his early-season blunders and poor displays this term, Rodgers has continued to select his playmaker and he provided the dividends last weekend. Although it was a mere tap-in, the good thing is that he is occupying the right spaces and finding pockets of spaces in between the opposition defence. Madison’s creativity and urge to continuously push his team up the pitch will be a huge factor against Arsenal especially if he can play through the press. Arsenal’s team as a whole are rigid but the weaknesses in the back four can be ripped apart if they are put 1v1 against Leicester’s attackers. The attacking midfielder will be looking to create havoc on Saturday as he looks to regain some of his old form.

There is huge uncertainty over the fitness of Ben White after he suffered a knock in the Cup tie against Leeds United. Arteta is unsure whether he will be able to field his £50million man from the get-go and, thus, the responsibility on Gabriel Magalhaes will increase. The Brazilian has been just as impressive in the back four this season and has been key in linking up play from the back. However, his primary duties as a defender will be put to the test against a Leicester side that has scored 10 goals in their last four games, including putting four past Manchester United a couple of weeks ago. Jamie Vardy will constantly run the hard yards on the left side to create space for Kelechi Iheanacho on the right, and the Arsenal centre-back will have to look out for this, especially if White is absent on Saturday. Mikel Arteta is trying to create a rock-solid defence that will propel the club into the Top 6, if not the Top 4, and the weekend will tell him a lot about his centre-backs if one of their main stars is left out. 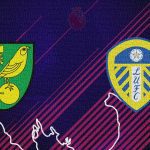 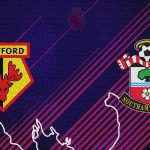