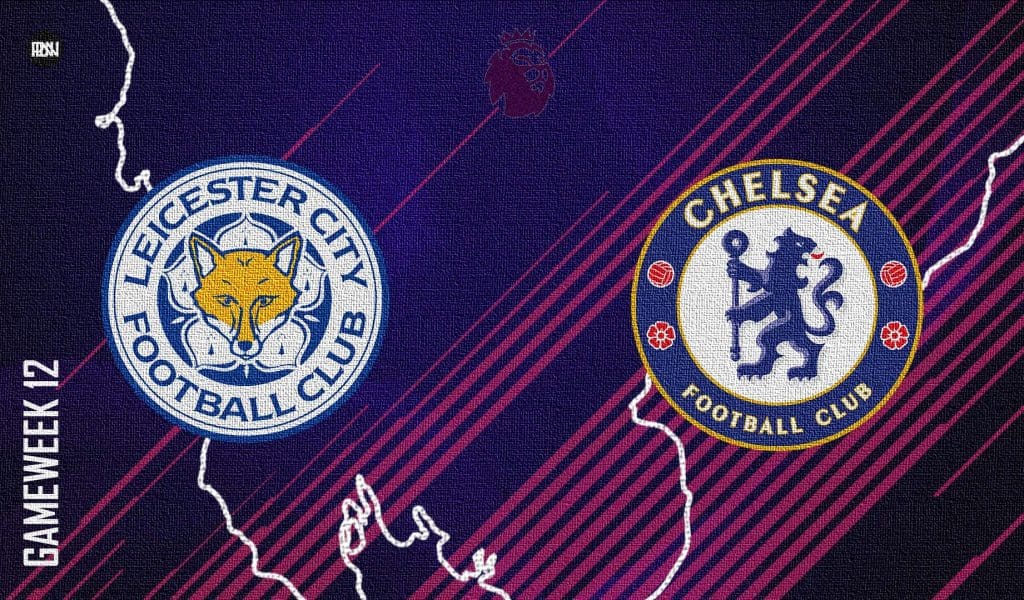 As the last international break of the year draws to a conclusion, it beckons the resumption of the Premier League season. The round of fixtures for this weekend begins with Leicester City welcoming Chelsea to the King Power Stadium for Saturday’s lunchtime kick-off, as the league leaders resume their campaign with a visit to the East Midlands. Thomas Tuchel’s Blues will look to extend their lead at the top, although it will not be easy against Brendan Rodgers’ Foxes.

Chelsea have been the form package of the Premier League so far this season, as in spite of their tough fixtures to begin with, they find themselves three points clear at the top. But the season is not even one-third of the way through, with every weekend offering a new challenge – and it will be Leicester City who will try and stop the European champions’ juggernaut this weekend. After securing eight wins on the trot in all competitions, Chelsea were held at home by Burnley in their last league outing – and the Foxes will look to replicate it by taking more points from the leaders.

However, it will not be easy at all. Chelsea have amassed 26 points in the league this season while scoring 27 goals and conceding only four, with only one of them coming from open play. The Blues are usually water-tight at the back and are equally deadly going forward, something that can not be said for their opponents at the weekend. After a second consecutive fifth-place finish last season, Leicester have not started this season as well as they would have liked to – as the Foxes are currently languishing in 12th position with only 15 points taken from 11 games.

The East Midlands outfit have had their fair share of injury problems in defence, which in turn has resulted in a dip in their form at the back. Only four teams have conceded more goals this season than Leicester (18), who have also struggled to find the back of the net with only 16 goals scored. The difficulty of the task is also underlined by the fact that the Foxes will welcome the best away side in the league, as no other team has won more points on the road than Chelsea this season – although the Blues are winless in their last three league games at the King Power. In their last meeting, Chelsea edged out Leicester 2-1 at home to deal a blow to their top-four hopes.

The hosts have a number of injury problems for the weekend. Although James Justin is back in training after recovering from a cruciate ligament injury, the game is deemed to be too soon for him – as well as Ryan Bertrand and Marc Albrighton who are set to return in a couple of weeks. Wesley Fofana’s ankle injury rules him out until January, while Youri Tielemans – the match-winner when the sides met in the FA Cup final in May – is also ruled out with a calf injury.

The visitors will be boosted by a number of regulars being back in training at their Cobham training facility. The duo of Romelu Lukaku and Timo Werner – both of whom did not join their national teams in the international break – rejoined training this week after five games out, and so did Marcos Alonso who missed their last league outing against Burnley. Mason Mount was also spotted back in training, after withdrawing from the England national team due to a wisdom tooth infection. Along with Lukaku, who is still ruled out for Saturday, Mateo Kovacic is also out for the weekend while ailing with a hamstring injury.

On paper, the outcome of the outing only seems to sway one way. The Blues have been imperious in most of their Premier League matches this season, and the league leaders will look to set the bar high in Saturday’s early kick-off. And against a leaky Leicester defence who will also miss their stand-out midfielder in Youri Tielemans, the Blues will be strong favourites heading into the game. The Foxes have been unable to keep the back door shut at home in recent weeks, and the timely boosts in the returns of both the Blues’ frontmen will help Tuchel’s men to produce a professional performance. If the Foxes want anything from the game, their depleted backline will have to be at the top of their game, with their midfield trio of Ndidi, Soumaré and Maddison hoping to have some amount of control over the game. Ndidi and Maddison scored in this fixture last year to boost Leicester to a 2-0 win in what was Frank Lampard’s last league game in charge of Chelsea, and they will hope to replicate that performance on Saturday.

Leicester’s hopes of upsetting the odds heavily depend on their talismanic striker Jamie Vardy. The Englishman has continued his extraordinary form in the last few seasons and has been the Foxes’ top goalscorer this season as well, scoring seven goals from 11 games. In a game where Leicester are not tipped to have the lion’s share of possession, Vardy will be key for the Foxes in running in behind the Chelsea backline to pose problems for a very tight defense. However, Vardy is goalless in the league in his last three outings so he will have to hope for a turn of fortunes in front of goal if Leicester are to frustrate their opponents at the weekend.

Even though both Lukaku and Werner are back training, there are doubts over whether they have been adjudged fit to start at the weekend. In the likely absence of both the Blues’ front men, the onus to find the back of the net will once again fall upon Kai Havertz. The German did find the net in their last league outing against Burnley and followed it up with another goal for Germany in the international break. Havertz will hope to maintain his hot streak of goal-scoring form against Leicester at the weekend, and in a team stacked with the quality that Chelsea have – he will hope to solidify his claim as a regular starter with Mount and Werner back in the team.