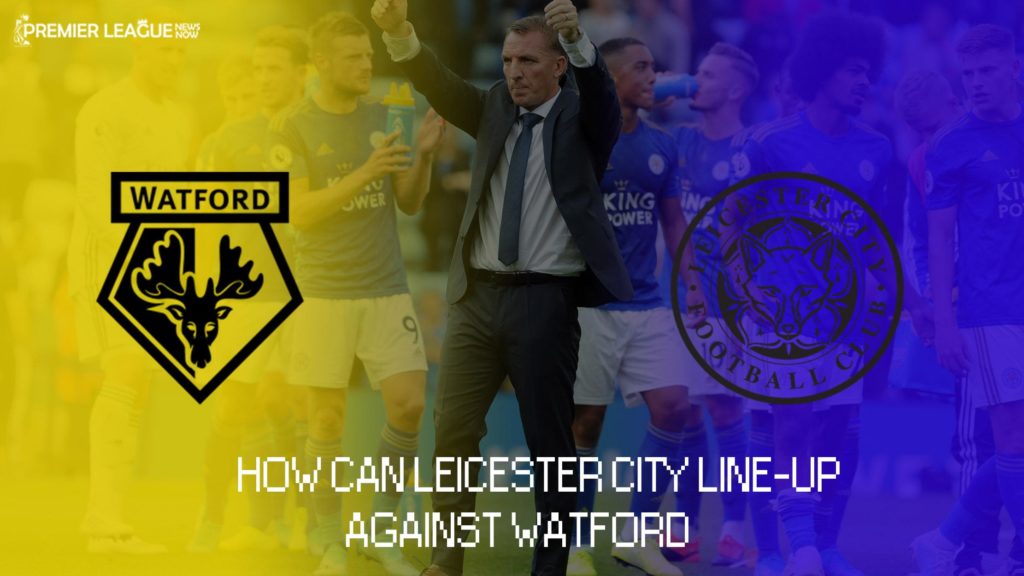 Leicester City will be facing relegation battling Watford, who are in 17th position with 27 points alongside West Ham (16th) and Bournemouth (18th).

The Foxes have impressively played their way into the top four, sitting in third position on the log and amassing 53 points in 29 matches.

After such a lengthy period without football, Leicester will be willing to build on their relatively successful campaign so far in order to remain in Champions league qualification. Two friendly matches with fellow Premier league sides might not be enough to get the players back into top form but with 9 games remaining to be played this season, Brendan Rodgers will be looking to gear up his team and set-up a winnable team against Watford.

For the match against Watford, my predicted line-up will be based on a 4-3-3 formation. 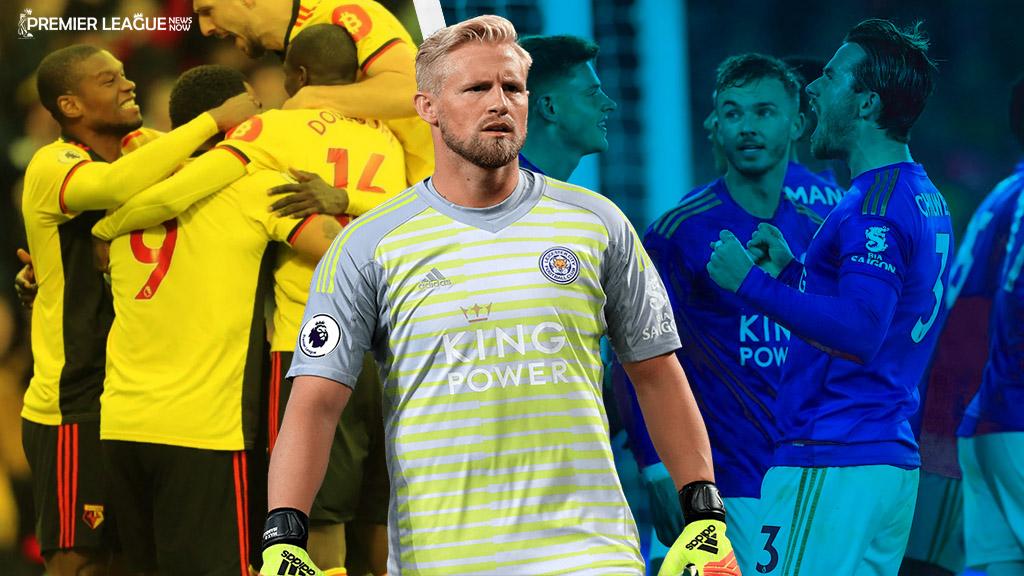 Kasper Schmeichel has been one of the Foxes’ most consistent player and ever present between the sticks, the Danish goalkeeper has kept 10 clean sheets this season. 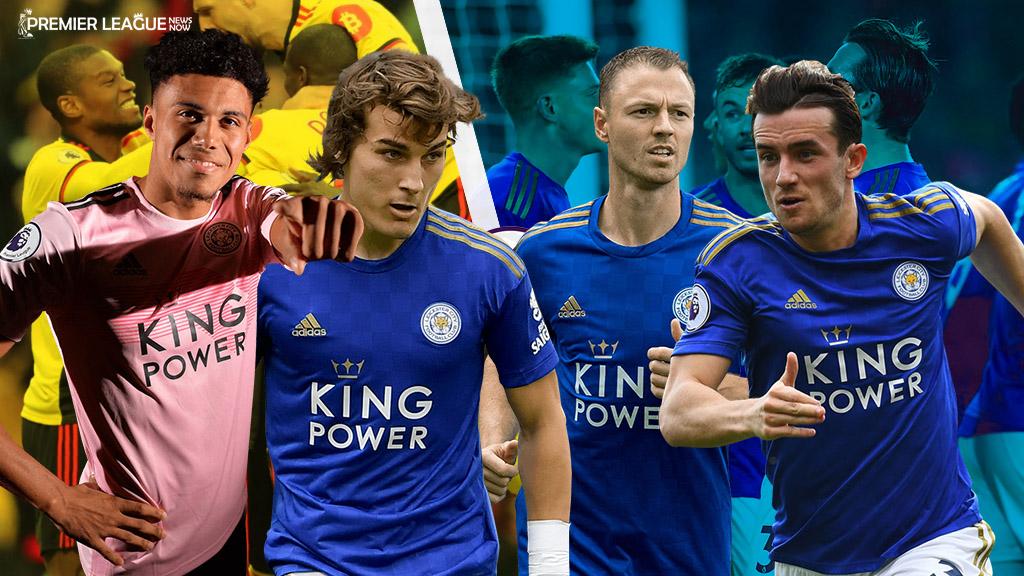 Ricardo Pereira would have been the first name on the list but unfortunately the 26-year-old Portugal international is still recuperating from the nasty injury which he sustained against Aston Villa. His absence has now given a rare opportunity to James Justin. the youngster has four Premier league appearances already and will now be looking to impress everyone in the absence of the Pereira.

Söyüncü’s presence and influence has made sure Leicester don’t miss Harry Maguire. Söyüncü has made 49 tackles with 128 clearances so far this season, keeping 10 clean sheets. His sporadic rise and seamless replacement for the former Foxes captain Harry Maguire has made him more popular among Leicester’s faithfuls. His inclusion for the match against Watford is unshakable.

Alongside Söyüncü, Jonny Evans has formed a formidable partnership with the Turkish international. Evans has shown his maturity, intelligence and ability to effectively defend has performed wonderfully, making it difficult for the likes of Wes Morgan and Fuchs to displace him. The England international has 37 tackles with 139 clearances in 28 Premier league appearances.

Ben Chilwell has proven to be one of the Foxes best player since breaking through from their academy. His influence and performance at the left back position has already attracted the interest of the likes of Chelsea et al. 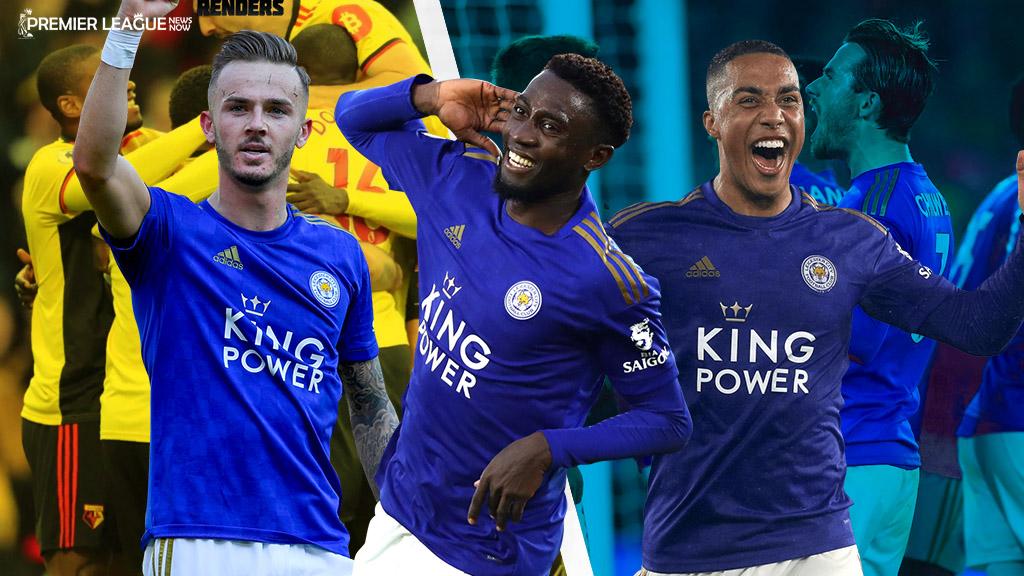 Starting with Wilfred Ndidi, he’s like the shield who covers for the defenders and as well tries as hard as possible to make defensive duty less of a concern for his fellow midfielders. His 91 tackles, 61 interceptions and 194 recoveries makes him a defensive rock to be relied upon.

Maddison shoulders’ the offensive side of the team, as he makes the team to tick in terms of getting the ball forward, linking well with the attackers with intelligent forward passes and influencing most of the attacking opportunities. His ability to get into space to create is highly instrumental and vital. Maddison has six assists and three goals thus far.

The Belgian international Tielemans has formed an incredible chemistry alongside Ndidi and Maddison. The trio can be considered as one of the most well rounded and formidable combination of midfielders in the Premier league. Tielemans complements both Ndidi and Maddison and his inclusion in the starting lineup is nonnegotiable unless injury sets in. 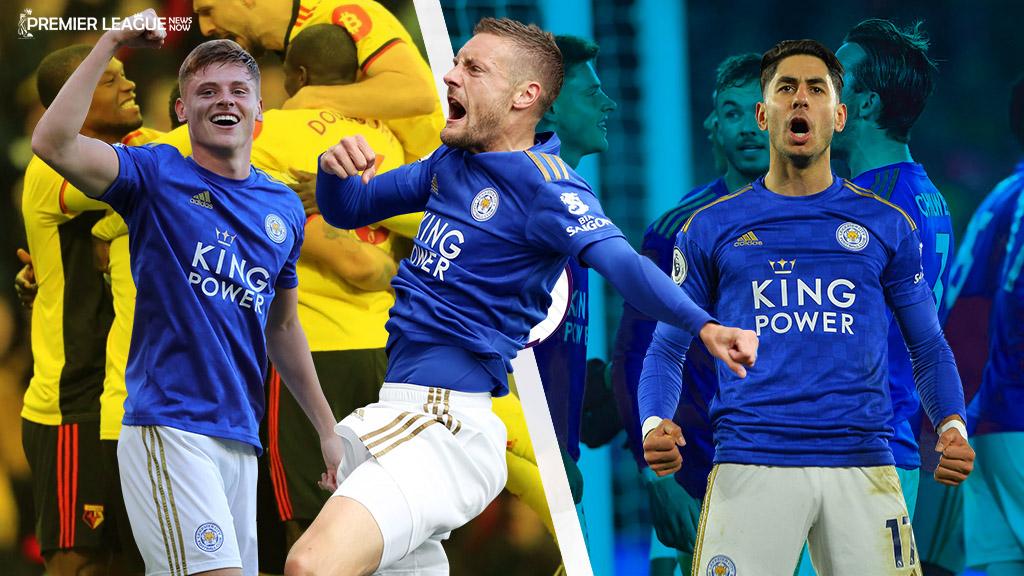 On the left side of the front three Harvey Barnes should get the nod. Barnes athleticism and ability to switch position across the front line when needed gives him a clear advantage over Iheanacho and the likes.

Jamie Vardy needs no introduction neither does he need to be thought about twice. His starting berth is as sure as a day. He’s already the leading goalscorer with 19 Premier league goals. The closest clinical finisher in the team as to be Kelechi Iheanacho but with Vardy fully fit, the fans will be glad to see their talisman start against Watford.

For the right side of the front three, former Newcastle talisman Ayoze Perez should continue to be selected. The Spanish international player already has seven goals to his name. His understanding and combination with Jamie Vardy and Harvey Barnes has produced 32 goals from the team’s 58 goals scored. 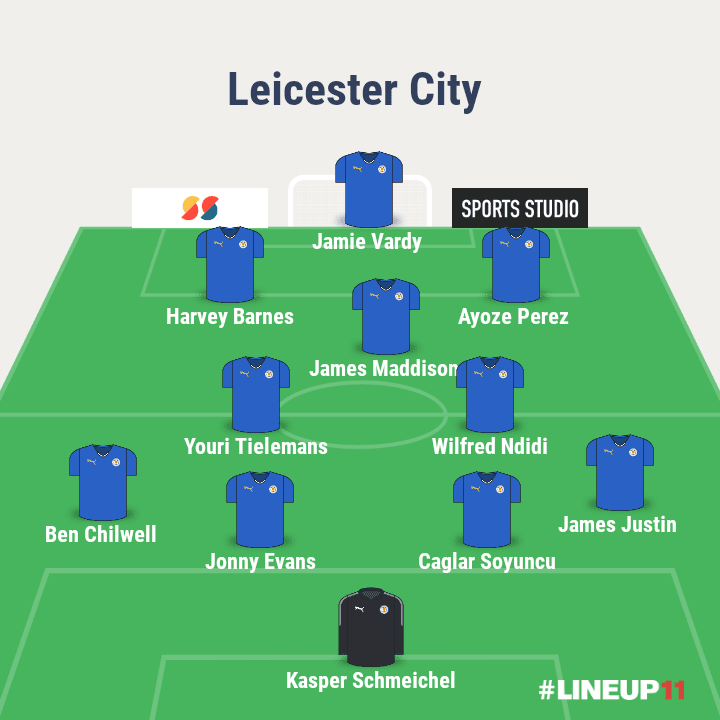