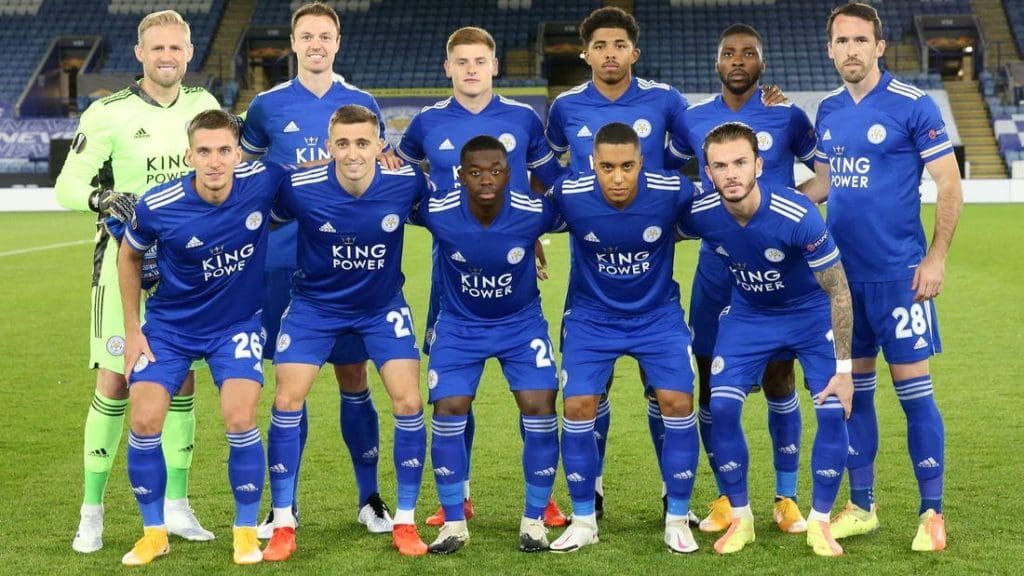 The Flying foxes have had an awkward landing, after an incredible start to the season winning all three of their first three Premier League encounters  the Foxes have lost their last two games against West Ham and Aston Villa. Brandon Rodgers has had a lot of injury concerns this season with 6 first team players out with long term Injuries, but so far he has managed to keep the ship sailing.

The goals have dried up for this Leicester City team, And they are clearly missing their talisman Jamie Vardy. The 33 year old has already scored 5 times in his four appearances for Leicester but picked up a knock in their win over Manchester City.

But with crucial players returning to full match fitness and the New additions helping add depth to the squad, there are a few ways that Leicester could set up against Arsenal.

After playing a 4-1-4-1 against Aston Villa due to injuries, Brandon Rodgers might revert back to his preferred 4-4-2 formation. But for now the Foxes might line up in a 4-2-3-1

The Dane has been Leicester’s no.1 for years now and bar an injury there is no way that Schmeichel is left out of the side.

Leicester are missing four defenders through injury, with Key players like Ricardo Pereira, Daniel Amartey, & and First choice center back Caglar Soyüncü all injured. The Foxes have played Evans and Fofana as the center back pairing a combination that worked well against Villa till Ross Barkley stole the points at the death. James Justin has become a mainstay after breaking into the first team this season, the youngster has looked solid so far this season, with Pereira injured this might be his chance to make that position his own. Castagne has been the best signing for Leicester this season, a Versatile player who can play on either fullback positions, he is sure to start the game at the Emirates.

The Midfield pivot that worked for the Foxes in their Europa League fixture in midweek will be the go to for the Manager as he looks to find the right balance between Defense and Attack, Tielemans will provide the creativity while Mendy will look to break up any meaningful Arsenal attack.

James Maddison came off the Bench in Midweek with the Manager trying to slowly bring him back into the team this may be the game that Maddison gets the nod to start. He will be the main creative threat in this team, while Harvey Barnes will play as the box to box midfielder bombing up and down the pitch. Ayoze Perez was rested for the Europa League game and is likely to feature at the late kick off against Arsenal, Perez who usually plays as a strike partner to Vardy will have to put in a defensive shift in Midfield as well this Sunday.

Brandon Rodgers will be hopeful that their top scorer gets back to match fitness, Rodgers said, “Jamie will probably miss the European game and hopefully he’ll be okay for our next league game. It’s just a reoccurrence of what he’s had over the last number of years, Jamie.” Further He Added, “Demarai Gray will be back and then we’ll see where Jamie’s at. He’ll train with the squad on Friday. We felt he would miss two games, so he’s worked well with the medical team over the course of the week. Hopefully, he comes through that, & over the next 48 hours and is available for the squad.”

Vardy has an excellent record against top 6 sides and the Gunners aren’t an exception. If Vardy starts it could mean trouble for the Arsenal defense, without the Striker the Foxes look toothless.

Edison Cavani: Need of the Hour or Another Panic Buy?
Burnley vs Spurs: Preview | Premier League 2020/21
To Top