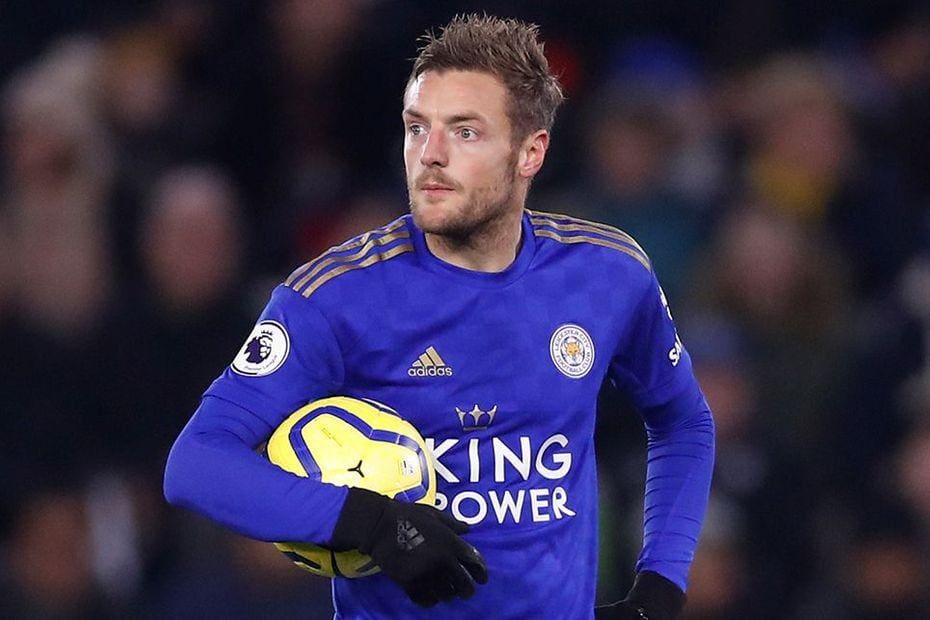 After the Budget picks impressed in the early parts of the season, it now looks like the teams are settling into the season and the surprise picks and budget picks have just seen a dip in form. Last season’s must haves are stepping it up again this season with the likes of Harry Kane, Heung-min Son and Bruno Fernandes guaranteeing points every game week. There have been some drop off however, Kevin De Bruyne, and Sadio Mane two of the most expensive players in FPL not quite producing the same points return that they did last season.

This season’s team builder should include a healthy mix of budget picks and must haves with one or two differentials each week. In the striking positions injuries to Danny Ings and Callum Wilson have reduced the options a bit, while top scorer Calvert-Lewin who was also a surprise pick for this season has scored or assisted in all but one of the games so far, and is now becoming a Must Have in everyone’s Fantasy teams. Patrick Bamford has been firing on and off, but does not always get the points.

Calvert-Lewin and Kane have been the most commonly used strike pairing in this season’s Fantasy League, with 59% managers selecting Calvert-Lewin and 44% picking Kane. But a striker who has been in the running for the Golden Boot race has been Jamie Vardy, he has scored 8 this season and after a disappointing result against Liverpool last week will be looking to have a go at Fulham, a team that has already conceded 18 goals this season. 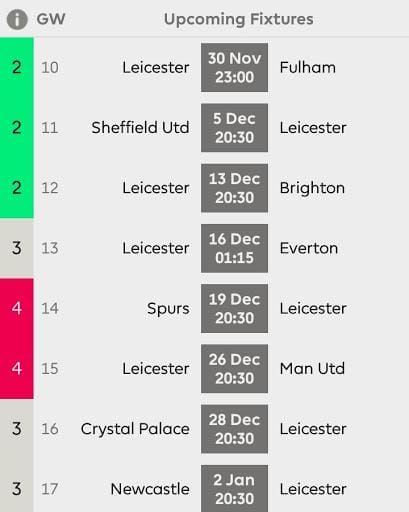 Leicester’s run of games could see Vardy back on top spot for the Golden boot race if he can put up the performances that we know he is capable of, then Vardy could get some serious points for FPL managers.

Leicester’s run of games include Fulham(H), Sheffield(A), Brighton(H). For the next three game weeks, we would Back Jamie Vardy to get on the scoresheet in those games. With Fulham, Sheffield, & Brighton having terrible defensive records.

Only Two of Leicester’s next 8 games have a FDR rating of more than 3, those being games against Spurs and Manchester United; Teams against whom Vardy has an incredible scoring record. So even though those fixtures have a higher difficulty rating, Vardy could still score, like he always does against Top 6 opposition. Leicester also face Newcastle and Crystal Palace during that 8 game window.

No other player has scored more goals against the Traditional Top 6 sides than Jamie Vardy (38) since his arrival in the Premier League in the 2014/15 season.

Return of Maddison and Timothy Castagne

An added reason to include Vardy in your Fantasy Teams is the return of Creative Midfielder James Maddison, him paired alongside Tielmans and Harvey Barnes could provide Vardy with incredible service, Leicester also have incredible talent coming off the Bench in Ünder, Praet, and Perez who could also provide very could service to Vardy.

The possible return of Timothy Castagne is an added incentive, as the two formed an incredible partnership at the start of the season, linking up for 4 goals in their opening 3 games. His return could see Vardy have an upturn in form and score a lot more in the coming Gameweeks.

Jamie Vardy(£10.2m) is almost £1 pound cheaper than Harry Kane (£11.0m), so for those falling short of funds in midfield and defense could use the £0.8m to invest in other areas for assets Like Bruno Fernandes and Luca Digne.

Another way to head is pairing Kane and Vardy up front, with Bamford as the third striker. It is worthy to note that Vardy will be on penalty duty for the Foxes who have won more Penalties(8) than any other team this season. The next best being Manchester United with 4.

Vardy is always a goal threat with his pace and directness, and with the list of fixtures coming up and Leicester looking to bounce back, it could be the right time to bring in the Foxes striker, the probability that he will get on the scoresheet are very high. And at £10.2m he could be the Differential in Your Fantasy League in the coming Gameweeks.