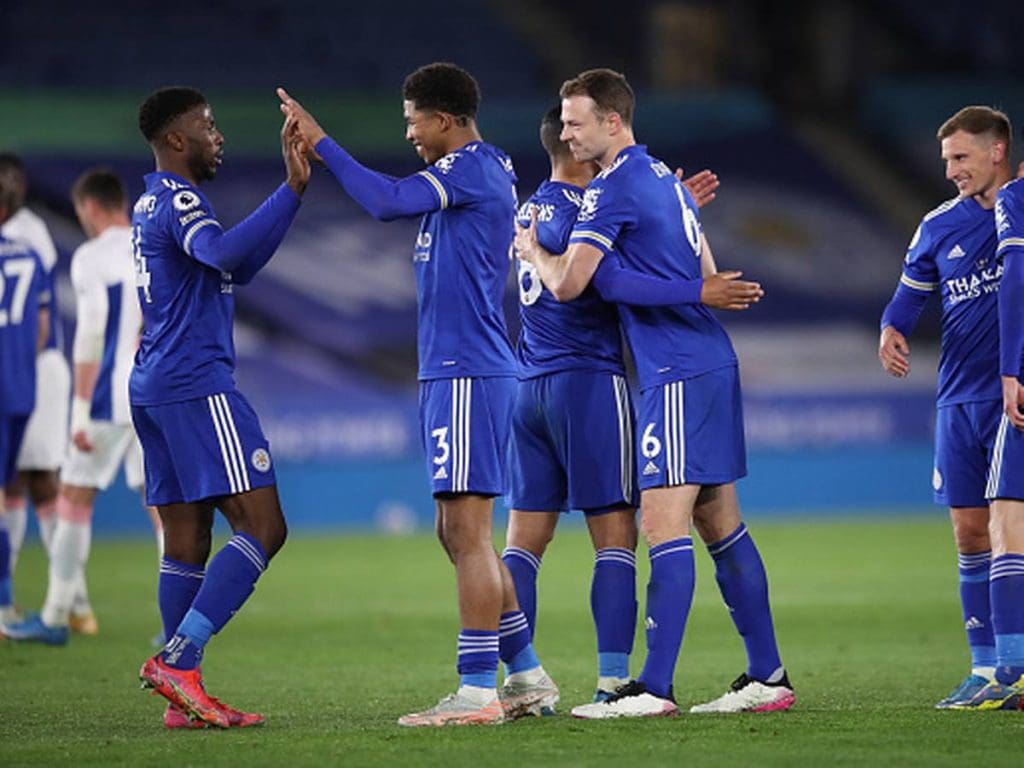 In a time when players around the world are trying to unite and fight against unruly behavior shown towards them on social media and also curb the disappointing racist comments that have marred the unity and entertainment which football is believed to stand for. One of Leicester City’s last summer acquisition in Wesley Fofana had a heartwarming privilege to break his fast during their game against Crystal Palace in the 34th minutes. This gesture was showed when unity in the game is in doubt.

It was claimed that Leicester City and Crystal Palace agreed in pre-match that Monday’s game would be paused to allow Wesley Fofana and Cheikhou Kouyate to break their Ramadan fast.

The devoted Muslim and French centre-back (Fofana) have been fasting (as part of Ramadan’s norms). The 20-year-old had to rehydrate on the touchline before giving a thumbs up to his colleagues in appreciation.

In the 34th minute, a stoppage in play allowed Wesley Fofana to break his Ramadan fast after not eating or drinking in daylight hours.

Fans praised him for playing while displaying such devotion for his religion and fasting as part of Islamic tradition.https://t.co/0zF31bSPCb

It has always been said that religious fights, racism, and abuses do not have a place in our beloved sport and on most occasions, there have been some negative examples of how players or fans have got themselves involved in issues that shouldn’t have been drawn to football.

Liverpool‘s forward Mo Salah was recently criticized for supposedly celebrating Christmas with his family, which was said to be an act that betrays his religion and belief. Former Arsenal‘s playmaker Mesut Ozil was widely scapegoated for speaking up against the ill-treatment of Muslims in China.

Since the start of the Ramadan fasting on April 12, Fofana has impressively played in three matches – with his team winning all three games.

After the game against Crystal Palace, Fofana wrote on his Twitter page: “Just wanted to thank the Premier League as well as @CPFC, @vguaita13 and all the Foxes for allowing me to break my fast tonight in the middle of the game. That’s what makes football wonderful.”

Just wanted to thank the @premierleague as well as @CPFC , @vguaita13 all the Foxes for allowing me to break my fast tonight in the middle of the game. That’s what makes football wonderful 🙏🏾✊🏾#WF3 #PourEux pic.twitter.com/d56o8A8ZGo