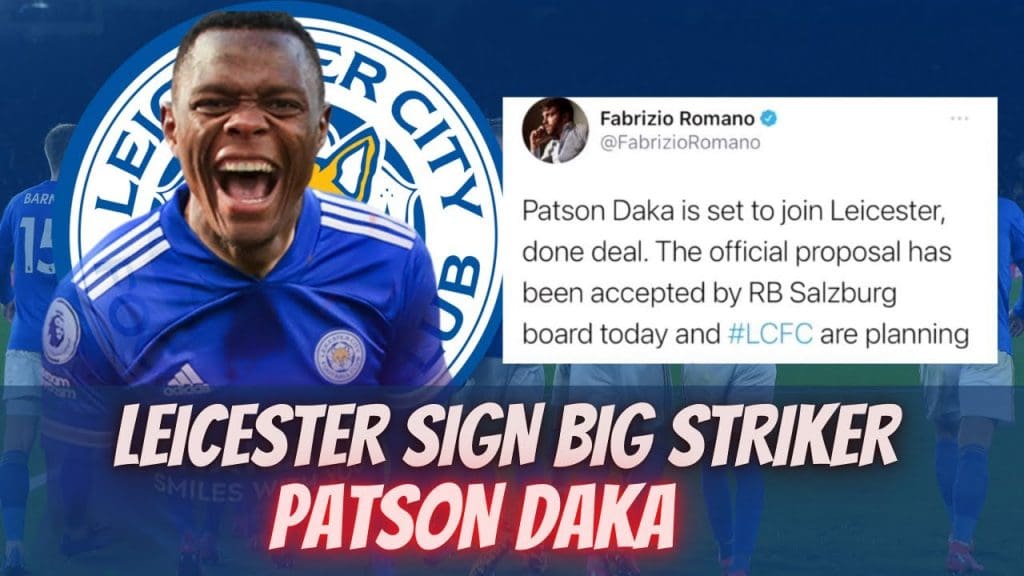 For way too long, Leicester have relied on the brilliance of Jamie Vardy to score goals and act as the main center-forward of the team. However, the past 3 months have shown that Vardy cannot run the hard yards like used to before while his pressing has also fallen down a level. Kelehchi Iheanacho has since picked up the mantel and was incredible towards the end of the season, however, there is no guarantee that he can replicate this form consistently for the entire season.  This has shifted Leicester’s attention to 22-year-old RB Salzburg forward Patson Daka, the top scorer in the Austrian Bundesliga this season.

With Leicester closing in a move for Boubakary Soumare, they have been in the search for a center-forward, and it looks like Leicester have found their man in Patson Daka.

While Daka developed as a footballer in his home country of Zambia, he joined Europe particularly early at the age of 17 when RB Salzburg snapped him up. The Red Bull hierarchy have been renowned for their scouting system and their success stories, with Daka becoming the latest one.

The Zambian took time to adjust as a teenager to the Austrian Bundesliga and scored only 10 goals in his first 50 appearances for the club over two seasons. However, since then, Daka has taken his game to a whole new level with the forward contributing to 85 goals in his last 87 appearances for the club in all competitions over the last two seasons.

Daka also won the top-scorer award in the Austrian Bundesliga this year as he scored 27 goals in 28 League appearances for RB Salzburg. The honours were only a matter of time as Daka was destined for success, something everybody in his home country knew since he was crowned the African Youth Player of the Year in 2017.

Moreover, besides his goal-scoring threat, there are various other reasons why Leicester City are interested in signing the player.

The 22-year-old was averaging 2.5 shots per game this season, while his creativity was also soaring, with the forward averaging 1.5 key passes per 90 minutes. While his passing accuracy was a shade down at 75%, this is due to the penetrating passes the Zambian is always trying because of his attack-minded philosophy, something Salzburg manager Jesse Marsch has only facilitated in recent seasons.

Leicester’s attention, however, must have peaked when they saw Daka’s tackling numbers with the Zambian averaging 2 successful tackles a game, something similar to Jamie Vardy. A lot of what Leicester do includes pace, pressing, and a striker with the ability to put the ball in the back of the net. Patson Daka fulfills every objective while his young age ensures that he can be a long-term successor to Vardy.

Brendan Rodgers is keen on signing a young forward, and Patson Daka might just be the right man for the job.

How close are Leicester to signing Daka?

Talks between Leicester City and RB Salzburg are in an advanced stage, however, there is still some negotiating to do as the Austrian club are adamant on their £23 million valuation for the 22-year-old.

Leicester, who have also kept one eye on Odsonne Edouard from Celtic are mulling over the deal because Brendan Rodgers prefers Edouard as the forward played under Rodgers during his time at Celtic.

However, with reports indicating that Odsonne Edouard planning to stay at Celtic coupled with Patson Daka’s personal terms quoted lower than the Celtic forward, Leicester might wrap up the deal soon as they want their new signings to have a full pre-season.

Patson Daka is a proven talent, and should the Foxes bring the Zambian to the King Power, it might be time for the 22-year-old to showcase his abilities in the Premier League. 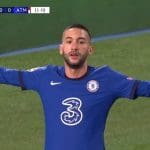 Why should Chelsea not let go off Hakim Ziyech?
Next Article 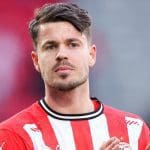