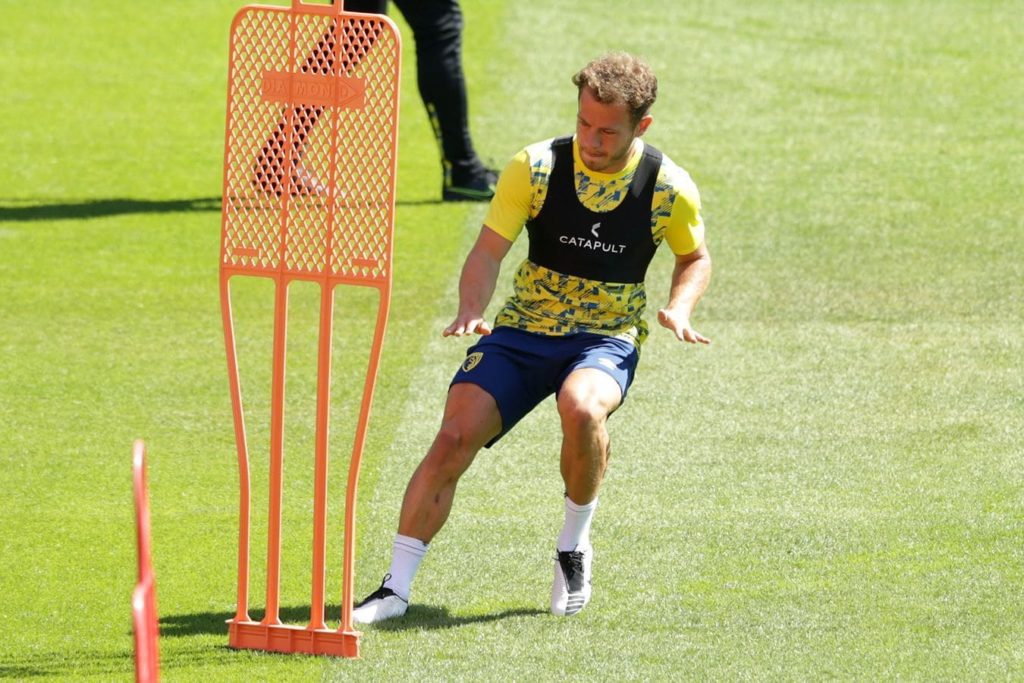 The newly-promoted trio of Leeds United, West Bromwich Albion and Fulham have all identified Ryan Fraser as a transfer target this summer.

The player is available for free after running down his contract with Bournemouth during the 2019/20 season, which saw the club get relegated into the Sky Bet Championship.

Fraser had been at the Vitality Stadium for the last seven years but his affair with the club ended in June and is now looking for a new club. The 26-year-old also knocked back the offer from the club to sign a short term deal as they were looking to avoid the drop.

He has been a target for a number of Premier League clubs who are keen to sign him for free this summer ahead of the start of the new season next month.

Arsenal, Tottenham Hotspur, Crystal Palace, West Ham United and Newcastle United have all been reported to reserve interest in the Scotland international who is keen to remain in the English top flight.

The Gunners and Jose Mourinho’s side are believed to have pulled out of the chase, paving the way for the remaining clubs to fight for the 26-year-old.

However, three clubs have now joined in the race to see who gets to secure the winger’s signature this summer.

Leeds, West Brom and Fulham all made their away back into the Premier League and are looking to strengthen their respect squad in other to cope with the demands of league.

Fraser was one of the best performers for the Cherries the season prior to the 2019/20 campaign, amassing 14 assists as he finished only behind Eden Hazard in that aspect of his game.

But the just ended season was setback to his talent as he failed replicate his previous achievement. He made 32 appearances across all competitions scoring once and adding four assists.