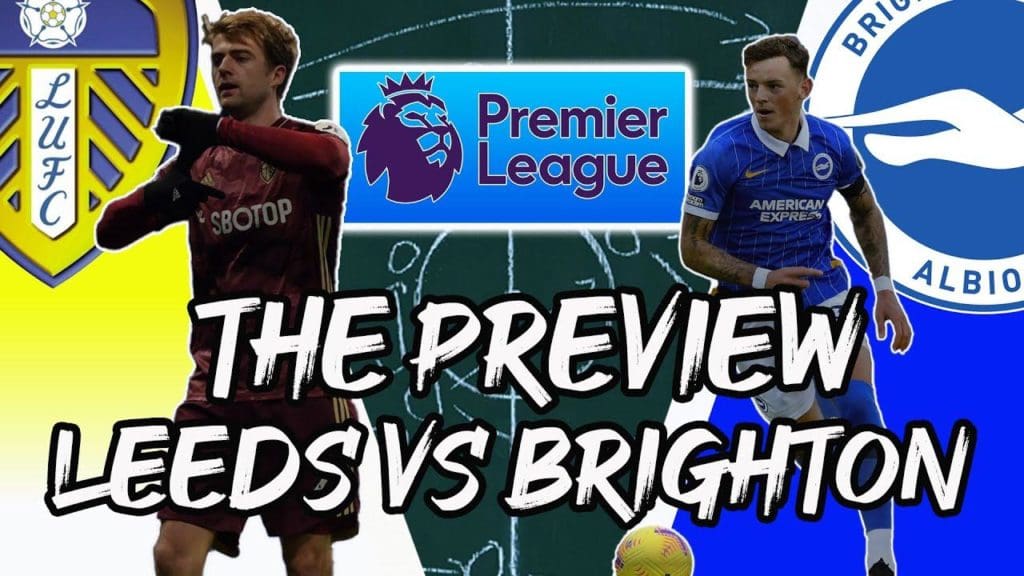 It’s Marcelo Bielsa vs Graham Potter, as we approach the half-way point of the 2020-21 season. Leeds United lock horns with Brighton & Hove Albion in a potential 6 pointer match, that promises us nothing short of entertainment.

The visitor’s on the other hand, have had worries of their own. Graham Potter’s side has played some good football, but results do not necessarily show the same. Brighton finds themselves just outside the relegation zone, two points clear of Fulham, who have 2 games in hand. Brighton’s biggest worry has been not being able to convert chances created, which has caused the Seagulls many points already this season.

Bielsa’s have scored the fifth-most goals in the division and have often relied on their goalscoring to cover up for their leak of goals on the other side. Despite the fact that Brighton has kept 3 clean sheets all season, their defense has not been particularly poor. Rather bad luck and moments of excellence from the opposition have hurt the Seagulls. In the entire division, Brighton has the third-lowest xGa (e3xpected goals against), which is only bettered by Manchester City and Liverpool.

Potter’s biggest worry though will be the end result, which Brighton has certainly struggled with after striker Neal Maupay’s form has dipped. Chances creation has not been a worry for the Seagull’s who rank 7th in the league in progressive passes, and 5th in chances created. Speaking about the finishing touch, striker Neal Maupay has a negative xG of -2.1 (4 goals scored out of the expected 6.1). Due to the lack of end product, Potter has been making alterations and changes almost every game. In Seagulls last 3 league games, the likes of Jahanbash, Connolly, McAllister, Trossard, and Tau have been given the duties to convert the chances, but it will be fair to say that none have succeeded.

Leed’s have received their fair bit of criticism for their style of play, but manager Marcelo Bielsa remains adamant about his philosophy. Potter’s men will try their best to make use of the acres of open space that is often left within the Leed’s defense. Penetrative through balls and creating play down the middle might be how Brighton goes about in the game, and if that is matched by the Brighton finisher up top – we can expect Brighton to score a good number of goals. The hosts will not hold back either and will try to exploit the Brighton defense without key figures like Lampety, White.

Do expect a high-scoring game!

Leeds United vs Brighton: Match Preview | Premier League
Chelsea to revive themselves against Fulham?
To Top