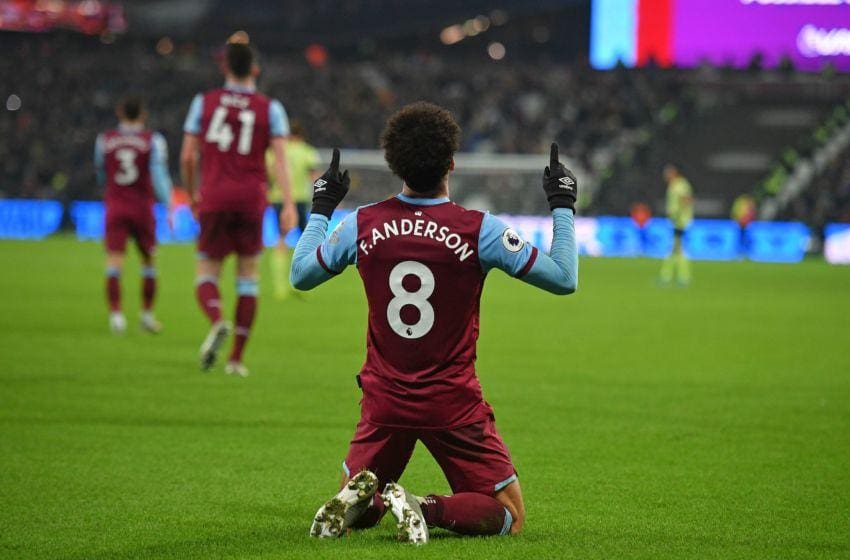 According to reports from The Sun, West Ham United versatile player Felipe Anderson is urging for a move away from the London club this summer regarding his lack of game time and adaptation into David Moyes’ system.

Considering his struggle for game-time, Anderson is now ready to take up a new challenge next season amid an interest from Arsenal.

Going by the new development, Daily Star are reporting that Lazio are preparing to switch their attentions back to Felipe Anderson, who had previously played at the Stadio Olimpico before moving to England in a £36million deal in July 2018.

With both Arsenal and Lazio making an enquiry about his availability, the possibility of his departure is looking more likely this summer.

The Brazilian has enormous talent to excel at any top club but unfortunately, that hasn’t being the case since he joined the Hammers. Anderson seems to have been unlucky with the style of play being deployed by Manuel Pellegrini, which has seen him struggling to impose himself in games.

Anderson is a renowned gifted midfielder, who’s blessed with ball control, pace, quick feet and excellent ability to manoeuvre his way out of tight position.

His vision and ability to hit a powerful shot with either foot despite being a natural right-footed player, makes him a very dangerous player around the box.

The Brazilian have credited his development as a well-rounded player to his five-year stint in Serie A, which has made him so versatile and capable of playing in different positions.

Considering his successful five-year spell at Lazio, a reunion at the Serie A outfit will undoubtedly be a tempting move for the Brazilian, especially now that his career looks to be dwindling.