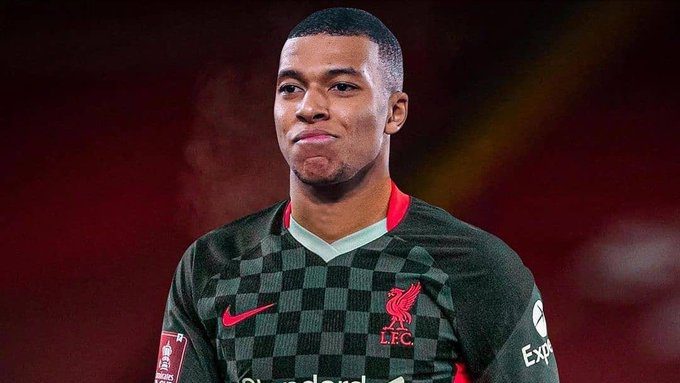 Kylian Mbappe, who is establishing himself as a world-class player at the age of 22, has been linked to Premier League club Liverpool yet again. The Frenchman’s future has been the subject of media speculation for almost 18-24 months now. Mbappe has been at PSG for the last four seasons. In this season’s Ligue 1 alone, the forward has scored 26 goals so far and his side’s hope to hold on to the title will be dependent on the outcome of the results on the final matchday.

The Express reports that Mbappe could see himself at either Liverpool or Real Madrid in the future. This is not to say that he is unhappy at PSG, it’s just that he believes he can achieve greater things at either of the two clubs. Liverpool won the 2018/19 Champions League and their first Premier League title in 2019/20. Although their 2020/21 season hasn’t gone according to plan, there are numerous uncontrollable factors that have played their part.

The report also states that Mbappe is open to extending his contract with the Parisian club until 2023 on the condition that he is allowed to leave in 2022. Mbappe has made it clear that any decision he makes about his future will be done only once the EURO 2020 concludes.

Despite Mbappe’s reported foresight in playing for Liverpool, the real question posed is whether the Reds will actually shell out the big bucks to secure his services. He’s bound to be worth around £150 million, which is double the amount Liverpool paid for their most expensive signing, i.e., Virgil van Dijk.

Liverpool’s owners, Fenway Sports Group (FSG), are known to be miserly with their transfer budget. Earlier reports have already suggested that it would take one of either Mohamed Salah or Sadio Mane to leave so that they can fund a transfer for a marquee signing like Mbappe. There have been no concrete reports indicating this will happen, so it’s likely that this transfer will not take place this season.